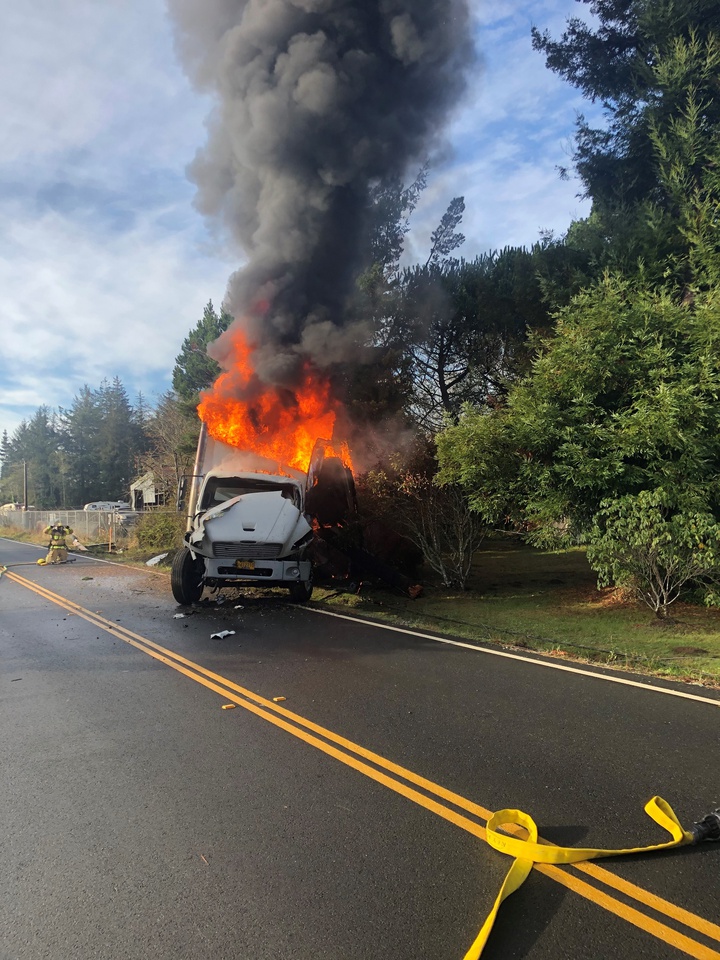 Photos of the scene provided by CCFR.

At 8:50 a.m. on Monday, units from Crescent City Fire and Rescue and Del Norte Ambulance were dispatched to the 2400 block of Elk Valley Road for a traffic collision with unknow injuries, but the driver sitting in the vehicle. CALFIRE also responded.

While en route, Dispatch updated that the vehicle was fully involved, and the driver was out of the vehicle. On arrival, it was found that the burning vehicle was a large Enterprise delivery truck mostly off the west side of the road with heavy fire coming from the rear cargo box. Pelican Bay State Prison Fire Department was also requested to respond to the scene.

The upper third of a power pole was hanging in the air to the rear of the truck. As Crescent City Fire and Rescue and CALFIRE arrived, power lines began to burn through and dropped to the ground. Pacific Power and Light personnel were on scene and confirmed that the lines were de-energized. Fire crews pulled two hose lines and attacked the fire. The roadway was completely closed.

The driver was transported to Sutter Coast Hospital by ambulance with moderate injuries. The main fire was knocked down within 10 minutes, but crews worked another 40 minutes to extinguish hot spots under the collapsed sides and top of the cargo box.

It was found that when the truck hit the power pole, the transformer on the pole dropped through the roof of the cargo box and caught the interior on fire.

Crescent City Fire and Rescue would like to remind residents and visitors to be careful around down or hanging power lines. They may appear dead but should always be considered live. Do not touch them or go near them! If power lines fall onto your vehicle, stay put if possible. If the vehicle begins to burn and you must leave, do not step out of the vehicle. You must open the door and jump totally free. Be cautious and try to avoid lines. 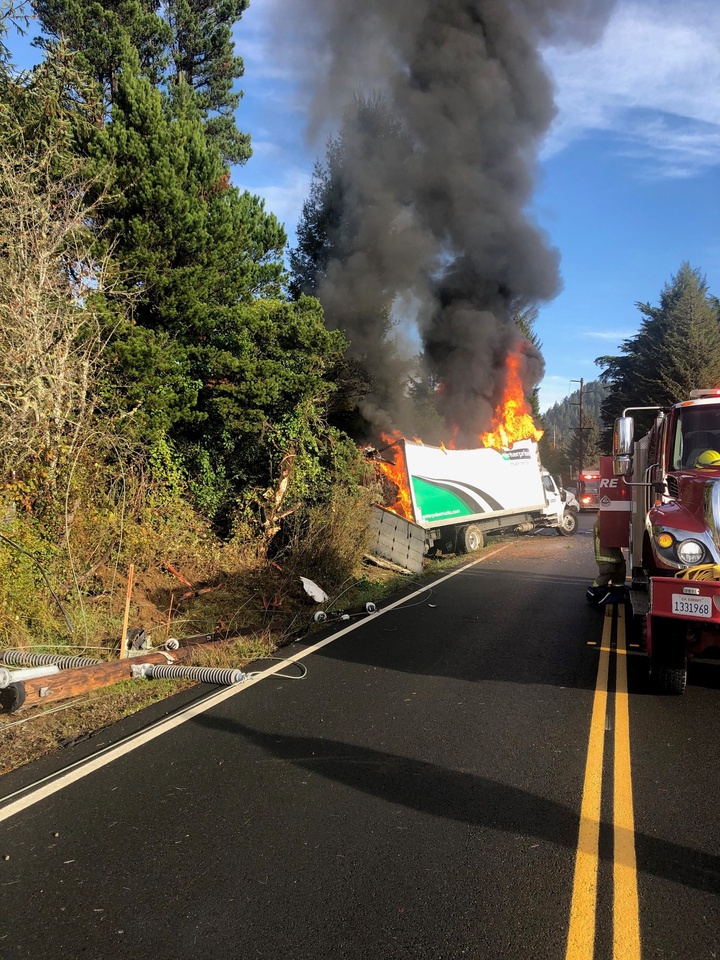