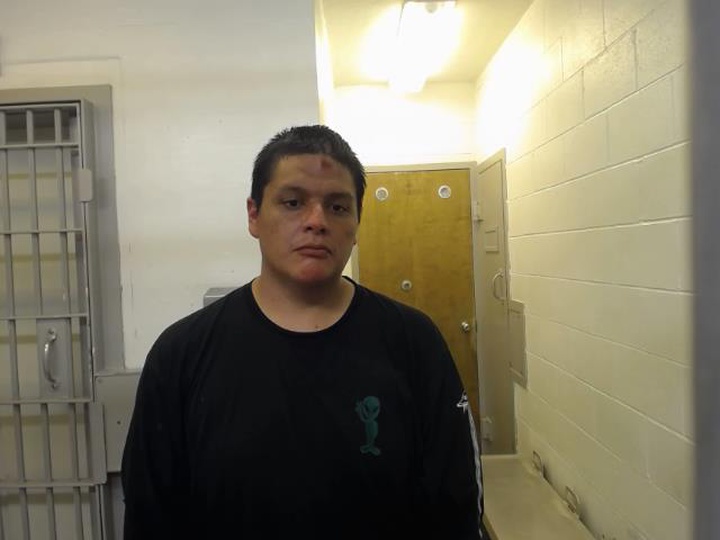 Yesterday at about 4:08 p.m., Brookings Police Dispatch received multiple 911 calls all reporting a reckless, erratic driver traveling northbound on Highway 101 in a small black passenger car at an extremely high rate of speed. The callers reported that the operator of the vehicle was driving outside it's lane to pass other cars on the right hand side of the highway.

Brookings Police Officers first spotted the suspect vehicle along Highway 101 near Pacific Avenue still traveling at a high rate of speed and weaving in and out of traffic causing an extreme and immediate threat to the public. Brookings Officers activated their emergency overhead lights and sirens in an attempt to get the driver to pull over and alert the other drivers on the road of the reckless driver.

The suspect refused to pull over and stop, and instead forced its way through stopped traffic at the intersection of Highway 101 and 5" Street. By doing this the suspect driver side-swiped a pickup stopped for the red light.

The suspect still did not stop even after causing a crash and continued to drive northbound. Officers pursued behind the suspect until he pulled over along Highway 101 near Lucky Lane. Officers performed a high risk traffic stop with their firearms. The suspect was taken into custody without incident.

The suspect was identified as 27-year-old Genaro Monjaras from Crescent City California. Shortly after Monjaras was taken into custody it was discovered that the vehicle had just been stolen that afternoon in Crescent City.

While officers were still on scene a semi truck driver stopped to report that Monjaras had side swiped the trailer he was pulling. The truck driver indicated that shortly after being hit by Monjaras he saw the officers attempting to stop the car.

Monjaras was lodged in the Curry County Jail with recommended charges of:

2: Unauthorized Use of a Motor Vehicle