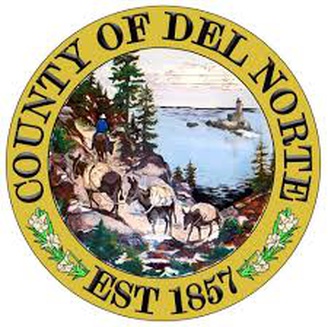 The former, requested by Community Development Director Heidi Kunstal, creates a local Water Efficient Landscape Ordinance Kunstal’s staff can point to when working with the public.

Del Norte County is required to comply with state’s 2015 Model Water Efficient Landscape Ordinance, she said, but having a local equivalent will allow staff to clarify requirements to reduce water consumption and waste to those who seek to add irrigation systems to their developments.

The Board of Supervisors voted 4-1 in favor of the Water Efficient Landscape Ordinance. District 1 Supervisor Roger Gitlin dissented.

The Board of Supervisors’ actions regarding parking enforcement include two new ordinances, one allowing peace officers to remove a vehicle parked on a highway for 72 or more hours and another updating regulations that date back to 1957. Supervisors also approved a resolution establishing new parking regulations along with penalties for violating them.

According to Gitlin, who brought up the matter at a board meeting last month, these ordinances satisfies California Vehicle Code 22615 (k), which allows an officer the ability to tow an unoccupied vehicle “parked or left standing upon a highway for 72 hours or more in violation of a local ordinance authorizing removal.”

“We were one of the few counties that doesn’t have this,” Gitlin said on Tuesday, referring to the local ordinance. “This was a conversation that was driven by Cmdr. Larry Depee of the (California) Highway Patrol as a necessary tool.”

The Board unanimously approved the two ordinances and the resolution related to parking enforcement.

California adopted its Model Water Efficient Landscape Ordinance in 2009. According to Kunstal, this ordinance addressed the appropriate use and groupings of plants; the capture and retention of rainwater on development sites; required automatic irrigation systems and schedules; soil assessment and management protocols; and efforts to minimize overspray and runoff. Developers were also urged to use and manage recycled water and were required to establish water budgets for properties.

Though jurisdictions were given a choice to follow state law or establish their own requirements, Kunstal said she felt incorporating a county ordinance would offer more transparency to the public. However, development applications Kunstal’s department has taken since the state adopted the ordinance hasn’t been subject to it.

“It’s not very frequent (that) homeowners install irrigation systems as part of a development application,” she said.

In 2015, the state revised its water landscape ordinance, Kunstal said.

Gitlin wanted to know why county staff felt having an identical ordinance to the one the state adopted was necessary. He noted that in 2016, Del Norte County joined several others opposing the ordinance and “the state essentially agreed to put hands-off on this thing.”

“Now we’re coming back with a local ordinance, which would be enforced, and a number of agencies, including Big Rock Community Services District is opposing this,” Gitlin said. “If we do not do a local ordinance, which seems crazy with a community that has over 80 to 100 inches of precipitation each year, what are the consequences if we simply let the status quo exist?”

Kunstal said though most developers landscape properties with native vegetation and rely on rainfall, having an ordinance her staff can point to would be helpful to serve the few that do install irrigation. It makes no difference if supervisors decide against a local ordinance, she said, because her department would still have to enforce the state’s ordinance.

Del Norte County Counsel Liz Cable said not having a local ordinance could force county staff to respond to increased public records act requests from someone needing to know if Del Norte enforces a water landscape ordinance. The county could also be forced to defend itself in a lawsuit if clear language wasn’t available to developers in the county code, Cable said.

“I do think the more appropriate action instead of making it less transparent to the public and Board is to lobby this issue or bring it forward as something they don’t want to exist in state law,” Cable said. “No matter what we do in the local level, the state has taken the authority on this one. We don’t have an option not to enforce it.”

Noting that the ordinance reminds him of “one-size fits all Big Brother” that affects Barstow and Bakersfield, Berkowitz said it has nothing to do with Del Norte County. He proposed asking State Sen. Mike McGuire to propose amending the law because it doesn’t apply to Del Norte.

Board Chair Gerry Hemmingsen, however, said he didn’t see the need for getting McGuire involved in an ordinance that would help county staff.

“It’s like the state passing a speed limit law and because they don’t come up here and enforce it we’re not supposed to adhere to it,” he said. “Something is already put in place. Something we have to adhere to. If you want to contact legislature, saying this doesn’t really apply to us, if we don’t have impacts, why are we concerned about it?”

According to Cable, who was tasked with reviewing the county’s existing parking ordinances, many of those regulations hadn’t been updated since 1957 while the California Vehicle Code has undergone several revisions since then.

The new ordinances removes restrictions regarding county employee parking spots and parking near the Del Norte County Courthouse since they don’t reflect state law, according to the staff report. It also addresses parking restrictions near boat ramps.

“The ordinance requires signage to be posted to give notice of parking restrictions and updates the responsibilities of appropriate staff. The ordinance implements the 72 hours in which a vehicle may be parked under Vehicle Code 22651 (k) and allows for removal of such.”

Under the ordinance, vehicles cannot block a highway more than 20 feet. It restricts parking in closed county lots to employees and states that trailers that are not connected to a vehicle can’e parked on the road.

The ordinance also prohibits parking within 15 feet of an emergency vehicle driveway.

The resolution establishes $40 penalties for violations of the parking regulations, though unlawful parking in a disabled space is subject to a $275 fine. Late payment of a parking citation will result in an extra $25 fee.

The Board of Supervisors will hold a public hearing on the ordinances at its April 14 meeting.