Crescent City Council Approves Cannabis Regs; Proprietors Could Do Business As Soon As May 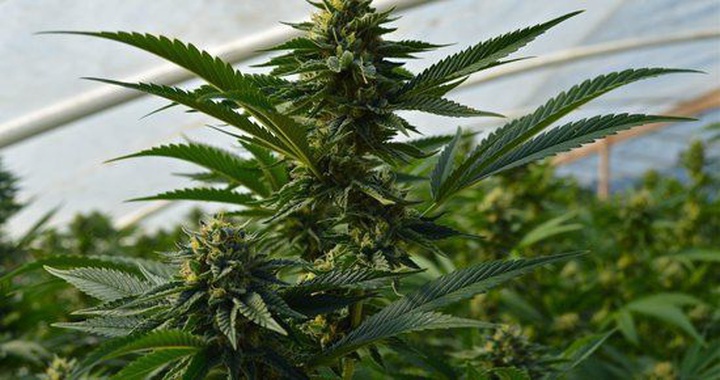 Though it tweaked a provision regarding operating hours, the City Council took the first step toward codifying regulations for commercial cannabis businesses within Crescent City limits.

The ordinance will take effect 30 days after its adoption, which could take place April 6. Anyone wanting to open a commercial cannabis operation in Crescent City could do so in May, Crescent City Mayor Blake Inscore said.

But, with the Council approving an emergency declaration in response to the COVID-19 pandemic, staff hours, and any fees involved for processing permit applications, are uncertain, Inscore noted.

“As a way to maybe encourage as seamless a process for potential new businesses as possible, I would ask that maybe we underestimate that and not over-estimate that cost right now,” he said, adding that the City Council will determine whether the fees should be changed when it sets the city’s fee schedule.

“I would like to make it as easy as possible for a person who is interested in beginning this business. We don’t know what that number is going to be. We don’t have any way of estimating that.”

During their discussion Councilors tweaked the ordinance to mirror state-recommended guidelines of 6 a.m.-10 p.m. for cannabis retailers. They balked at the city’s recommended operating hours of 8 a.m.-8 p.m.

Kime, who said she didn’t remember seeing regulations governing operating hours in previous commercial cannabis discussions, said the market should guide a business owner’s determination of when to be open. During the summer, she said, people are still driving into town at 9 p.m. when it’s still light out.

“Maybe there’s someone that doesn’t realize they need a product and it’s 7:45 and there’s no way they can get down there,” Kime said. “I just feel like imposing this on a retail business is an overstep of our authority.”

Councilor Jason Greenough agreed with Kime about regulating operating hours, but he resurrected the discussion about instituting a 600-foot setback from retailers and youth centers.

Though he was outvoted at the city’s Feb. 3 meeting, Greenough made a motion on Monday to approve the ordinance with a 600 foot setback from retailers and youth centers. Wright seconded Greenough’s motion, but the vote failed by a 2-3 vote with Kime, Inscore and Councilor Alex Fallman dissenting.

“People who are youth are more susceptible to wanting to get a hold of this,” he said. “The fact is people go into stores and they pick up cigarettes, they pick up booze — they can pick up marijuana from these dispensaries and they can take them outside and sell them to people who ought not have them.”

In response to Greenough, Kime reiterated her objection to setbacks from youth centers for cannabis retailers, saying she doesn’t believe it would protect children.

“If children are going to get this, they’re going to get it illegally,” Kime said. “If you truly want to protect children, you will do absolutely everything to make this reasonable and easy for these businesses to come out of the darkness and into the light.”

Under the ordinance the Council approved Monday, which adds chapter 17.95 to the Municipal Code, retailers are required to be at least 600 feet from a K12 school and a formal daycare center, Olson said.

Someone wanting to open a commercial cannabis business would have to obtain a conditional use permit from the Crescent City Planning Commission, which would obtain discretionary powers over the permit.

A commercial cannabis proprietor’s use permit would be subject to annual review, taking into account any odor or criminal activity complaints, Olson said. The city also requires a $15,000 bond from a proprietor to protect the city in case any cleanup is required.

“Perhaps the business is bankrupt and left a mess for us to clean up,” he said. “They must also maintain active enrollment and participation in the state’s track and trace program.”

The ordinance also includes limitations on how much of a retailer’s storefront would need to be open enabling law enforcement to see what’s inside the building, Olson said. Retailers are also required to have a “man trap” enabling people to be screened before entering and exiting their business, he said.

Retailers must also comply with state regulations regarding a security guard and checking identification for people entering the business, Olson said.

However, Olson said the city doesn’t have huge expectations with regard to the number of commercial cannabis operations wanting to open up.

“There will be some revenue generated, but really we don’t see this as being a huge revenue generator,” he said. “The city does intend to issue permits based on a cost-recovery model.”

A standard conditional use permit costs about $600 to $700, Olson said. Since a commercial cannabis operation would likely have enhancements, Olson told Inscore that he expects to recommend starting at $1,000 for the administrative costs to issue and monitor a permit.

Crescent City began developing a commercial cannabis ordinance in 2017. Staff worked with city planning commissioners and planner Gary Rees, of Eureka-based SHN, to bring draft versions of the regulations before the Council.

The Planning Commission made additional changes to the ordinance March 12 before Olson brought it back to the Council on Monday.