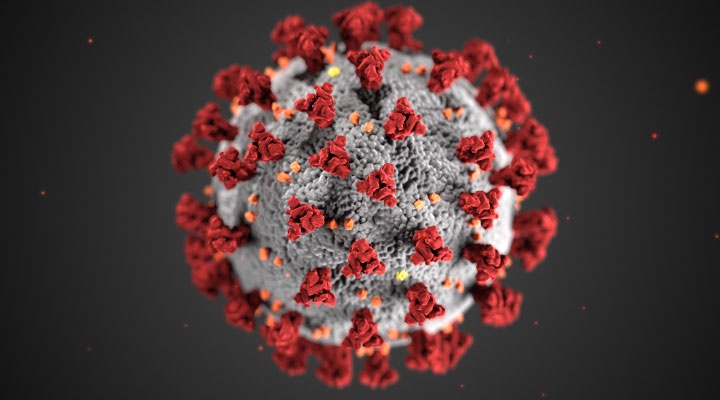 Local emergency professionals are working with state and federal partners to prepare for the eventuality that COVID-19 will show itself in Del Norte County.

But its severity when it does get here, including how quickly it spreads, depends on ordinary people, they say.

“The virus could potentially infect everybody in the county because nobody’s had immunity to it, nobody’s had a vaccine,” Public Health Officer Dr. Warren Rehwaldt told the Wild Rivers Outpost on Wednesday. “It’s not the death rate that’s the problem so much. It’s the volume of patients that it could create all at the same time.”

There have been five suspected COVID-19 cases in Del Norte County since last week, according to Rehwaldt. Test results on three of those cases were negative. Results are pending for the remaining two patients, he said. Rehwaldt told the Outpost that he didn’t have a “high clinical suspicion” the pending two cases would be positive.

The World Health Organization referred to the COVID-19 outbreak, which started in Wuhan, China, in December, as a pandemic for the first time on Wednesday. There have been 118,326 confirmed cases globally with 4,292 deaths, the WHO reported.

As of Tuesday, there were 177 positive cases in California and three deaths, according to the California Department of Public Health. Twenty-four cases are from repatriation flights; 55 are travel related; 40 are due to person-to-person transmission; 32 are community-acquired and 26 are from unknown sources, according to CDPH.

In Del Norte County, Rehwaldt and Emergency Services Manager Kymmie Scott have been monitoring the COVID-19 outbreak since late January. They began meeting with other local agencies including law enforcement, the fire department, Del Norte Unified School District, tribal partners and the parks service starting the first week of February.

Scott and Rehwaldt have also been on daily conference calls with the CDPH, the California Office of Emergency Services and with the CDC. Scott said she and Rehwaldt are also in constant communication with officials in Humboldt and Curry counties to keep up with how they’re responding to the possibility of an outbreak.

“In general it’s a national, and as of today because the WHO declared a global pandemic, it’s a global project to combat this virus,” Rehwaldt said. “We’re all part of that same system.”

COVID-19 shows itself as a flu-like illness with a cough and fever being its hallmark symptoms, Rehwaldt said. However, he said, those symptoms aren’t universal because some COVID-19 patients showed up in China without a fever.

COVID-19’s reported death rate is anywhere from 1 to 3.5 percent, Rehwaldt said, but public health officials are hoping that number is in error because it’s not capturing everyone who’s infected.

“They’re only testing the people who get very sick or who are contacts of people who have been very sick,” he said. “And in places like Wuhan and the surrounding province, who knows how many people really got infected. We’re hoping that number is actually lower.”

Still, public health officials are trying to discourage unnecessary testing, Rehwaldt said. Unless it’s important for a person to know if they’re infected with the disease so they can return to work, especially if they work in a medical setting, testing young people who are healthy is likely irrelevant, he said.

Scott said it’s also important for those who perform essential services, such as maintaining the local water, sewer and gas delivery systems, to be tested.

“We don’t want a large portion of them out at any given time either because that affects everything,” she said.

Those who are most at risk of infection include the elderly and frail, people suffering from chronic illness and those with compromised immune systems, Rehwaldt said. The tests normally consists of a swab of the nose or throat, he said. It can take about two days for results to come back.

Public health officials are focusing on slowing the spread of disease. Last weekend, CDPH issued guidelines about when to close schools and ban mass gatherings, Rehwaldt said. The CDC revised their guidelines regarding personal protective equipment — masks, gloves and gowns. But those guidelines can change, Rehwaldt noted.

Rehwaldt said he’s been communicating with Del Norte Unified School District Superintendent Jeff Harris. Instead of closing schools, Rehwaldt said, he and Harris would focus on those at risk, including families with elderly people and those whose immune systems are compromised.

Rehwaldt said teachers close to retirement may also be part of that vulnerable population, but youngsters aren’t.

“I’m not worried about the kids,” he said. “Some never even know they had it.”

Social distancing is an important way to slow the spread of COVID-19. People who are sick should get in the habit of staying home from work until they’re completely better, Rehwaldt said. This includes being able to maintain a normal body temperature without fever-reducing medication, he said.

Those who are part of the at-risk population should also practice social distancing even if they’re well, Rehwaldt said.

“In other words, stay home, stay out of the public limelight as much as you can,” he said. “Even if you’re well to minimize your contact.”

Scott also encouraged people to reach out to their neighbors if they’re part of the at-risk population. This could be something as simple as picking up groceries for them, she said.

More than anything, Rehwaldt said, it’s important for people not to panic.

Viruses reach a tipping point where enough people have been infected that its transmission rate begins to decrease, Rehwaldt said. Public health officials don’t know what that is for COVID-19 yet, but are predicting that the infection rate will be 50-60 percent before its spread slows, he said.

“It’s going to take awhile for that to happen — this virus is going to be with us for quite awhile,” Rehwaldt said. “It may become a human pathogen like the other four coronaviruses that cause colds.”