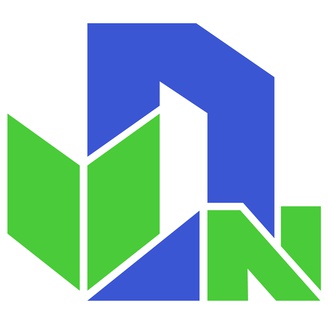 Del Norte Unified School District trustees adopted a balanced budget on Thursday. But the vote wasn’t unanimous, and, according to assistant superintendent of business Jeff Napier, it’s just a “stop-gap.”

Meanwhile, DNUSD and other school districts must adopt its budget by June 30, Napier said.

The trustees’ 4-1 vote Thursday came after Napier at a June 4 workshop produced a list of about $1.2 million in proposed cuts and another list of unfunded staff vacancies that were removed from the 2020-21 budget, saving the district roughly $1.1 million in salaries and benefits.

District 2 representative Angela Greenough, noting that she didn’t see an exact list of the cuts that were made to the budget, dissented. On Monday she told the Wild Rivers Outpost that when she asked for a list of those cuts, Napier said he’d get the information to her later.

“We discussed the cuts at our previous budget meeting, but the cuts at that point were just discussion items and (were) not yet decided,” Greenough told the Outpost. “I did not feel that some of the cuts discussed were warranted or discussed enough to find better solutions. We do need to make cuts and keep them farthest from the classroom, but I wanted to se a specific list before making cuts.”

The proposed cuts on Napier’s June 4 list included suspending the Gifted & Talented Education program, lowering the textbook budget from $400,000 to $100,000 as well as eliminating the budget to purchase ChromeBooks for students as well as to replace the district’s vehicles.

On Thursday, Napier said the district moved ahead with eliminating a school bus route to Smith River School, noting that it hadn’t had a driver. Community Day School, which is under the Del Norte County Office of Education, had received about $243,000 from the school district, Napier said. Now it’s being funded directly through the state.

Newsom signed a budget Monday that holds K-12 spending flat, allocating an average of about $12,000 per student for 2020-21. Napier called it a “hold harmless” funding with the same funding per average daily attendance as the current fiscal year.

However, if the state doesn’t get roughly $14 billion to $15 billion in federal relief dollars, the district will see up to 45 percent of its revenue deferred to the 2021-22 fiscal year, Napier said.

Napier also told trustees that the district’s apportionment for June 2019 has been deferred until July.

Napier noted that during the school year, between September and June, the district receives 9 percent of its apportionment monthly.

“If you’ve got a $40 million budget and there’s five months you’re not getting your apportionment, you’re looking at $16 million that you’re not going to be getting in the current year,” Napier told trustees. “We still have to pay our bills, so we’re going to be looking at how. We don’t have enough reserves to cover that. We will probably have to borrow money.”

According to Napier, with an ending fund balance for 2020-21 is projected to be about $5.9 million, the district is meeting a state requirement of keeping at least 3 percent of its budget in reserves. However, he said, if the district has to make additional expenditures this fiscal year, without additional revenue, it will be deficit spending

“This would be an unacceptable budget to the state because we are not meeting our 3 percent reserve requirement in our third year out,” he said. “In the conferences I’ve sat in on, most districts in the state will have a budget that looks very similar to this.”

Class sizes
With the district currently seeking input from parents on what learning will be like when school starts back up again, Napier said budget assumptions are based on flat enrollment from the 2019-20 school year — about 3,703 students.

Enrollment numbers for kindergartners, transitional-kindergartners and preschoolers are currently down, Napier said. But, he said, he’s expecting parents to come in during the first or second week of school to enroll their students.

Greenough said she heard that parents are waiting to see what the school year “is going to look like” before enrolling their youngsters.

“That’s why we’re seeing such low numbers,” she said.

Noting that Bess Maxwell, Joe Hamilton, Mary Peacock and Pine Grove schools were overstaffed this year, Napier said he worked with principals to restructure class sizes. Though there are two classes at Pine Grove that are at 35 or 36 students to one teacher, class sizes are still within the 24-1 ratios for kindergarten through third grade and 35-1 for sixth- through 12th-grade, he said.

Outside Crescent City, Margaret Keating Elementary School in Klamath is expected to see a combination class with 10 fifth and sixth-graders. All but three sixth-graders are expected to attend Crescent Elk Middle School in the fall, according to Napier’s presentation.

Twenty-five kindergartners are currently enrolled at Redwood School, though that could change, Napier said.

Smith River School only has 22 kindergartners enrolled for 2020-21 at this point, he said.

During Napier’s discussion, Charlaine Mazzei, DNUSD’s District 4 representative, said before the school board makes a decision about staffing, she wants to hear from principals and from Assistant Superintendent of Curriculum and Educational Services Tom Kissinger.

“It’s fine to look at a chart and move numbers around with teachers and kids and enrollment,” she said. “And it’s quite another thing to be talking about what things look like in a classroom for a child.”

Feedback
Mazzei also brought up a discrepancy between what district administrators were telling the board — that the proposed cuts didn’t include laying off staff — and site administrators advising staff that they should expect layoffs.

DNUSD Superintendent Jeff Harris said though administrators haven’t recommended cutting a position that is filled, school sites are able to run their own budgets and employ people.

“I think there were conversations at least early on to be prepared — if we have to make 10 or 15 or 20 percent in cuts then we may have to let people go for lack of funds from a school site,” Harris told Mazzei. “The second thing that did happen, that fueled some of this, there was a structural change in how food service assistants were being paid for.”

According to Harris, food service dollars that had been going to school sites to pay for staff are now being paid for through the district’s Nutrition Services Department instead.

Harris also spoke to the staff layoffs that had occurred during the Great Recession about 10 years ago.

“There is still a lot of corporate PTSD, a lot of trauma, around the fact that they were laid off wholesale in order to make budget cuts,” Harris said, referring specifically to classified staff, which are represented to the California School Employees Association. “It’s never been our intent to eliminate a program or a position that was currently filled by a position.

“CSEA gets that these are hard times and we get that the district is saying they don’t want to repeat history, and we’re working hard with the district not to,” she said. “However we have negotiated a layoff already, and this is a song and dance around being transparent and open and these are frustrating times. You’re being told that we don’t plan to cut anybody, but unless it’s a site that has a shifting of funds and we’re talking about staff that are being cut in this particular situation or maybe being cut… I’m very frustrated because this is just not working with accurate information.”

The DNUSD Board of Trustees, which also acts as the County Board of Education, approved the 2020-21 final budget for the Del Norte County Office of Education on Thursday. According to Napier, total projected revenues for 2020-21 are about $6 million.

Total budgeted expenditures for the County Office of Education, which include school nurses, technology staff, career technical education and salaries for school principals, are projected to be $5.8 million roughly.