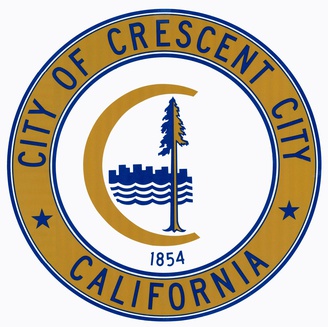 Crescent City will take out a short-term loan from its sewer fund to solve a cash flow problem created by the COVID-19 pandemic and related to three grant-funded projects.

With Finance Director Linda Leaver noting that the city will be reimbursed by the granting agency for each project, Councilors on Monday approved an update to the city’s debt policy. City Councilor Alex Fallman was absent.

The Council’s decision authorized city’s general fund to borrow from its sewer fund — one of three enterprise funds — to cover the cash flow issue, according to Leaver.

The interest rate the city would have to pay back to the sewer fund is 2.03 percent — the current quarterly rate set by the Local Agency Investment Fund, or LAIF — Leaver said.

The three projects that are currently under construction are the first phase of a storm drain replacement project on Front Street; a multi-use trail on Sunset Circle near Crescent City’s RV park; and the preliminary engineering work of a bank stabilization project on Pebble Beach Drive near Brother Jonathan Point.

The first phase of the storm drain replacement project — which includes C and Front streets and is currently under construction — is expected to cost about $4 million and is paid for with Community Development Block Grant dollars, Leaver said.

The cash flow issue also applies to the second and third phase of the project, which extends the storm drain replacement to F Street.

The second phase is expected to cost about $850,000 and the third phase is expected to cost $1.1 million. Crescent City has applied for more CDBG funding to pay for those two phases, Leaver said.
Construction for the storm drain project’s second phase will coincide with its first phase, according to Leaver. If the city receives an additional CDBG grant, phase three will be under construction beginning next spring, she said.

If that happens, Leaver said she’ll come back to the City Council for authorization to extend the loan from the sewer fund to the general fund into fiscal year 2021-22.

“Normally, short term borrowing issues do not cross a fiscal year,” she said. “The general fund would have to pay interest to the sewer fund for that time period, so the fund is not losing out on interest it would have earned if it retained its own cash.”

The Sunset Circle multi-use trail is a $650,000 project paid for with grant money from CalTrans, the California Coastal Conservancy and the Del Norte Local Transportation Commission, Leaver said.

The Del Norte Local Transportation Commission has also allocated grant dollars toward the design phase of the Pebble Beach Drive bank stabilization project. The design work has just begun for that project and is expected to take about five months, Leaver said.

At its May 18 meeting, the Crescent City Council approved $500,000 cuts to its 2019-20 budget to make up for a $650,000 deficit created by the COVID-19 emergency. The cuts included putting the engineering and architectural design for a new city hall on hold as well as keeping the Fred Endert Municipal Pool closed through the remainder of the fiscal year.

Budget shortfalls are projected for the 2020-21 fiscal year and will be addressed in a workshop next week, according to City Manager Eric Wier.