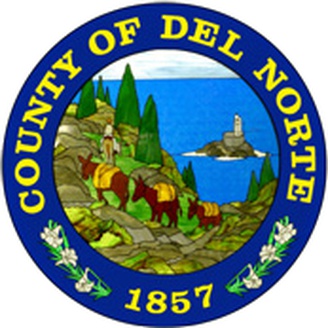 Introducing herself to the Del Norte Healthcare District on Tuesday, DHHS Director Heather Snow said the county sent out a request for proposals with a deadline of 5 p.m. July 3. The position is for a medical doctor who is licensed to practice in California and has medical malpractice insurance, she said.

“With us being in such an unprecedented time, we’re hoping to find a backup for our health officer,” Snow told Healthcare District directors. “I thought this would be the perfect group to share that message with.”

The work schedule would be roughly 10-15 hours a week, including 24 hour coverage by phone and in-person to relieve the public health officer during emergencies.

Snow informed the Healthcare District about the deputy public health officer position before they voted unanimously to renew DHHS’s lease at 510 E. Washington Boulevard. According to Snow, the department’s Social Services Branch uses that space for court-ordered visitation and services for families. Ten employees have office space there and a larger room is used for family meetings, staff trainings and other activities, she said.

So far, a total of 2,425 tests have been administered in Del Norte County, according to the information hub.

When asked about the new deputy public health officer position, Rehwaldt said he thought it was a good idea.

“...in case something happens to me or I need time away,” he said.

On Tuesday, Rehwaldt told the Healthcare District Board of Directors that the second of two active COVID-19 cases in the county was still resolving. Public health doctors consider a person recovered if they’re not infectious anymore and have been without a fever , he said.

Healthcare District Director Dohn Henion brought up Rehwaldt’s report to the Crescent City Council and Del Norte County Board of Supervisors regarding the ability to test for disease in the city’s wastewater. Henion asked if Pelican Bay State Prison has the ability to test its wastewater for evidence of the disease.

Rehwaldt said though he isn’t sure if that test is being conducted at Pelican Bay, it is being used at two California Department of Corrections and Rehabilitation sites where outbreaks have occurred.

Since about 50 percent of Del Norte County’s population is connected with Crescent City’s sewer system, it made sense for the Public Health Branch to use BioBot testing as a COVID-19 monitoring tool, Rehwaldt said. But, he said, it’s not well-studied.

“It’s a second look at monitoring disease activity,” he said. “I thought the data was interesting. I’m getting questions about it.”

According to results from the most recent BioBot sample collection date, May 26, there was evidence from an estimated 130 cases in Crescent City’s wastewater. Those results are posted to Del Norte County’s COVID-19 Information Hub, Rehwaldt said.

Meanwhile, Healthcare District Board Chairman Kevin Caldwell said he and his colleagues still have concerns about a potential COVID-19 outbreak at Pelican Bay State Prison. The Healthcare District was planning on sending another letter to California Governor Gavin Newsom regarding concerns about the “prison not being secured and transfer buses still coming in,” he said.

Caldwell said the Healthcare District will likely send that letter to Newsom’s office on Wednesday.

Satewide, there are a total of 1,837 active COVID-19 cases California’s prison system and a total of 20 deaths, according to CDCR. The latest death of a CDCR inmate from potential complications due to COVID-19 occurred Tuesday at Avenal State Prison in the San Joaquin Valley.