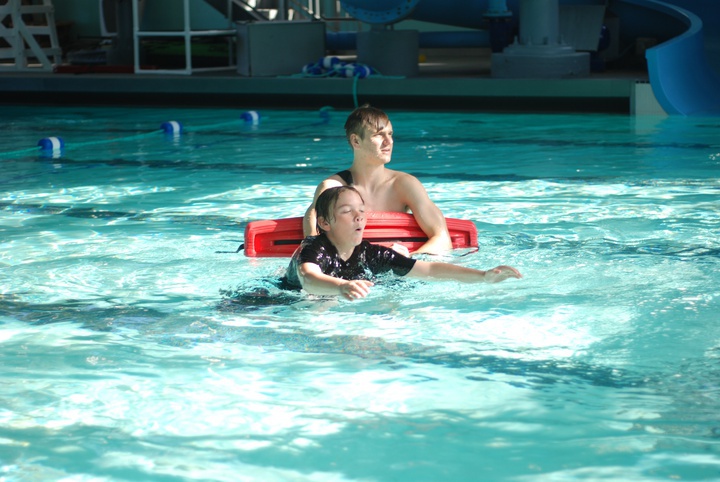 Councilors approved refunds for annual passholders and those who have paid for locker and facility rentals, special events and lessons at the now-shuttered Fred Endert Municipal Pool.

The Council also unanimously approved extending the expiration date for those who rely on punch cards to use the swimming pool, but said the city can’t continue to pay for the facility once the COVID-19 emergency is over.

“If we don’t create some partnerships and some long-range strategy for this pool — and I’m a big pool proponent, have been since Day 1 — but this is an unsustainable asset as it stands today,” Crescent City Mayor Blake Inscore said Monday. “It’s going to be more expensive five years from now than it is today. Half-a-million a year to supplement out of the general fund to operate that pool. I just don’t see that as sustainable.”

The Crescent City Council closed the swimming pool after declaring a local health emergency due to COVID-19 on March 16. On June 8, Councilors learned that Crescent City had a $800,000 budget shortfall for the 2020-21 fiscal year and keeping the pool shuttered would save the city about $30,000 per month.

On Monday Councilors approved the city’s 2020-21 budget, which included the pool closure, though staff said they would bring regular reports to the Council on the city’s revenue sources, especially its transient occupancy tax.

Since most pool annual passes are purchased in December, staff recommended refunding both them and locker rentals at 75 percent of the purchase price since it had been opened for three months prior to the closure, according to the staff report. Passes and locker rentals paid outside “the December window” will be funded the amount equivalent to the loss of use, according to the report.

Those who purchased punch passes, which includes 10 visits or 50 visits and have different expiration dates, will be given an extension, according to recreation and events director Holly Wendt.

“If a punch pass holder had a month left or they had 10 visits, it will be extended a month after we reopen,” Wendt said, adding that the city has sold hundreds of punch passes with varying expiration dates. “We would go through and meet with them and update each pass to be equitable to what they’ve lost during the closure once we reopen.”

Though the swimming pool has been closed since March, Wendt said a stakeholder group is committed to meeting weekly to ensure the facility is sustainable once it reopens.

Wendt responded to Councilor Jason Greenough, who had asked about a relationship Grants Pass, Oregon, has with the YMCA to operate its swimming pool. The YMCA’s pool in Grants Pass operates with a flat membership rate that doesn’t include exercise classes, swim lessons and other activities. She said their lessons are “significantly more” than what Crescent City charges for its swim lessons.

“They function with a lot of donations from their community,” Wendt said. “We want to get an idea of how much are donations and what that looks like.”

Wendt said the stakeholders group will also explore the notion of whether punch passes should have an expiration date.
Greenough also asked staff about a potential partnership with Del Norte County to pay for the swimming pool.

City Manager Eric Wier said he had spoken with County Administrative Officer Jay Sarina and noted that the county is facing a similar financial challenge due to the COVID-19 pandemic.
“It’s really going to have to be that community effort to go to the Board of Supervisors and say ‘this is a priority,’” Wier told Greenough.

Greenough countered by saying that the swimming pool is also a service to the county, noting that many of its patrons live outside city limits.

“You find a way to fund things that are priorities and so if the county wants to make it a priority they will find it in their budget to fund it or to help fund it,” he said. “I would like to urge the community, if this is something they really want to see, get a hold of their supervisors as well.”

Inscore said he hoped the stakeholder group could help “move that conversation forward.”

“I don’t think it’s going to get done just by 10 elected officials or staff,” he said. “the community needs to follow the lead of the engagement group and be vocal about what their priorities are. They certainly are telling us it’s a priority.”