Friends Rally Around Local Woman's Search for a New Kidney, Reach Out to Fellow Del Norters For Help 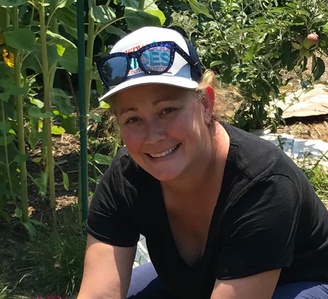 Del Norters regularly open their hearts and wallets when someone is in need, whether it’s a parent struggling to pay for their child’s cancer treatment or to help the victim of a house fire get back on their feet.

Christina Pollard and her friends are looking to their community for help. But instead of money, she needs a kidney.

Pollard, Northern California regional director of Inclusive Education & Community Partnership, an organization that works with children with disabilities, said the kidney she received from her father in 2002 has reached the end of its life. If she doesn’t receive a new one soon, Pollard said, doctors will place her on dialysis.

“It had a good run,” Pollard said of her existing kidney, adding that for many patients the average amount of time between transplants is 13 years. “The big thing in the transplant world they tell you often is a transplant is a treatment and not a cure. It’s something they do for you that can definitely improve your quality of life and you feel really healthy, which I have for years, but at some point it is a treatment. This is not a forever fix. There may be issues with it, and that’s what’s happening with me right now.”

Created by her friend, Gasquet resident Sarah Caron, Kidney4ChristinaP urges folks to see if they’re a compatible donor for Pollard by signing up to be assessed through Stanford Health Care’s Living Donor program.

Pollard said her brother and cousins had been her biggest hope, but they weren’t the right blood type. So far, she said, two friends are in the process of being screened and are waiting on test results to show whether their kidneys would work for her.

“Any one of them could potentially work out,” she said. “And they just as easily might not. That’s why we’re trying to get as many people who might be able to be evaluated and might be willing to make that incredible gift to get tested.”

Pollard was 16 years old when she went into renal failure. An autoimmune disorder may have been at play, and kidney disease isn’t something doctors are looking for in a teenagers, Pollard said. She said her kidneys were functioning at 20 percent when doctors determined that she needed a new one.

Pollard said she was in college at that point.

“I started feeling so lethargic,” she said. “I couldn’t play sports I was used to playing. I would go to class and lectures and sleep in between them.”

Pollard said she noticed a significant change when she received a working kidney.

According to the information Caron began circulating via Facebook on Monday, most donor surgery is done through small incisions and is covered by the recipient’s insurance. Caron said the ideal candidate is a young healthy male, but any healthy person willing to go through the screening process would be welcome.

There are also strong guidelines in place for donors, Pollard said. They would work with their own team of doctors, nurses and social workers and be screened for further health issues including a psycho-social assessment to make sure they have a support team and understand the process, she said.

According to Pollard, the team working with the donor would have no connection with her or her team of doctors.

Pollard’s blood type is Type O, but Caron said a donor doesn’t have to have Type O blood.

“There’s a way to swap organs with another transplant candidate so if you weren’t Type O but you still were a healthy organ donor, then you could give your kidney to someone else in need and that puts Christina to the top of the list to get a kidney with her blood type,” Caron said. “I don’t know where she is on the list, but I do know she needs it now.”

According to Pollard, this donor swap program, is offered through the National Kidney Registry — Stanford Health Care also has information about that program — often involves networks of six to seven patients getting kidneys from complete strangers.

Though her cousins, brother and sister-in-law can’t donate to her, Pollard said, they still signed on to the donation registry.

“They would give someone a kidney if it meant that I got one,” she said.

For more information about living donations, visit the National Kidney Foundation website or by calling the NKF confidential help line at 855-NKF-CARES. People can also reach out via kidney4christinap@gmail.com.