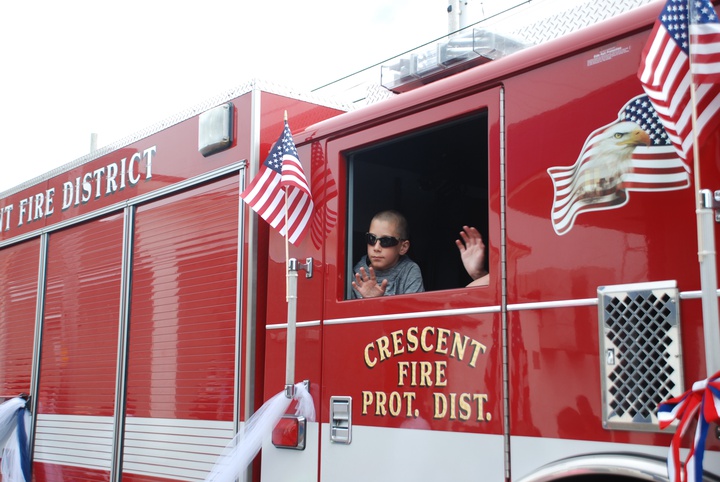 Crescent City Councilors on Monday got their first look at an ordinance that would establish a 1 cent sales tax for public safety if voters pass it in November.

If approved, the tax would take effect on April 1, 2021, City Attorney Martha Rice told councilors. Much of the ordinance contains legal language required by the state since it will be collecting, administering and disbursing the tax revenue to the city, she said.

Under the ordinance, which Councilors unanimously approved, five residents will serve on an oversight committee, Rice said. Residents could apply to serve on that committee every two years. The mayor would appoint them and the Council would confirm those appointments, she said.

“The job of those residents is really to review how much money the city’s getting, where the city’s spending that money and to report to the people,” Rice said. “It’s to make sure everybody feels this is a transparent process.”

The ordinance also requires the city to conduct an annual audit of the proposed sales tax that also outlines the amount of revenue it generated and how the city spent that money, Rice said.

The Council’s vote Monday introduced the ordinance. According to Crescent City Mayor Blake Inscore, the tax won’t be finalized until voters weigh in on Nov. 3.

The Council will also be presented with a draft resolution at its Aug. 3 meeting that, if approved, places the measure on the November ballot, Rice said.

“It contains the exact ballot question,” she said of the resolution. “We have a draft here if there is input or suggestions Council members would like to make, we could discuss that this evening.”

Rice also suggested the Council create an ad-hoc committee at its August meeting that would draft an argument in favor of the proposed tax as well as a rebuttal against any opposing viewpoint.

If approved, the city’s proposed sales tax measure would generate $1.3 million to be applied to Crescent City Fire & Rescue, the Crescent City Police Department, the Fred Endert Municipal Pool and to fix potholes, resurface streets and install and repair sidewalks. The sales tax would apply to businesses within city limits.

Councilors last week approved a $33,900 professional service agreement with PlanWest Partners related to the tax measure. Working with San Francisco-based TBWBH Props & Measures, PlanWest will conduct an informational outreach campaign on the tax measure ahead of the November election.

The Del Norte County Board of Supervisors is also pursuing a similar 1 cent sales tax measure for public safety that would apply to sales in unincorporated areas if voters pass it in November.

On Monday, Councilors liked the proposed language of the tax measure, though Crescent City Mayor Blake Inscore asked to make a slight tweak.

“I realize that when we did polling, that the No. 1 thing that polled the highest was potholes and street repairs,” he said. “I can certainly appreciate leading with that, but because the actual impetus was the fire masterplan, I would just like to suggest that we change the order of police and fire and simply say improving police and fire.”

During public comment, city resident Candace Tinkler said that while she believes in paying taxes so the city could improve infrastructure and provide amenities, she wondered how local business owners would feel.

“I think some business owners will take this as ‘How will this not drive more business out of the city?’” Tinkler said.

David Gearhart, who owns two businesses, said he is so supportive of a tax measure to benefit fire and police that he’ll “beat the streets.” He also notice that everyone is paying more to run their businesses and their homes.

“The same thing applies with the city — it’s costing more to run the city,” he said. “There have been a lot more fire calls, a lot more police calls, than we’ve had in previous years. A penny on a dollar is not a lot out of our pockets.”

If the city’s sales tax measure passes, it would increase the tax rate within its jurisdiction from 7.5 percent to 8.5 percent through 2022. After 2022 — when a sales tax benefitting the Del Norte County Fairgrounds sunsets — the city’s tax rate would decrease to 8.25 percent, according to City Manager Eric Wier.