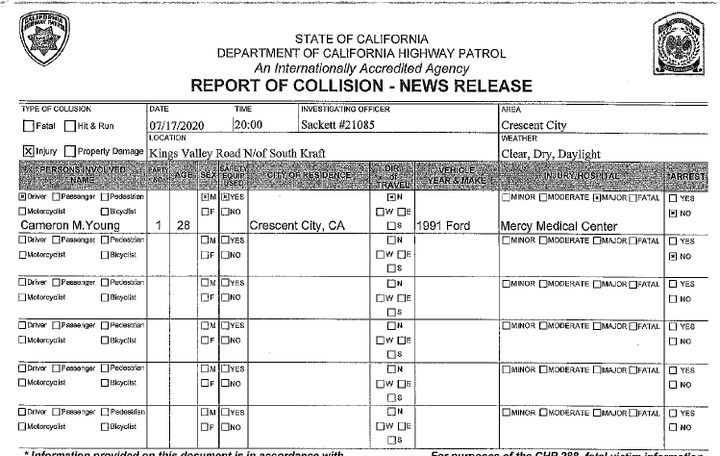 For reasons still under investigation, Young allowed the Ford to travel off the edge of the road. The Ford collided with a dirt embankment and overturned onto the driver side. As the Ford overturned, Young was ejected from the vehicle.

Young sustained major injuries and was transported by Del Norte Ambulance to Sutter Coast Hospital. Young was then flown to Mercy Medical Center in Redding for further treatment.