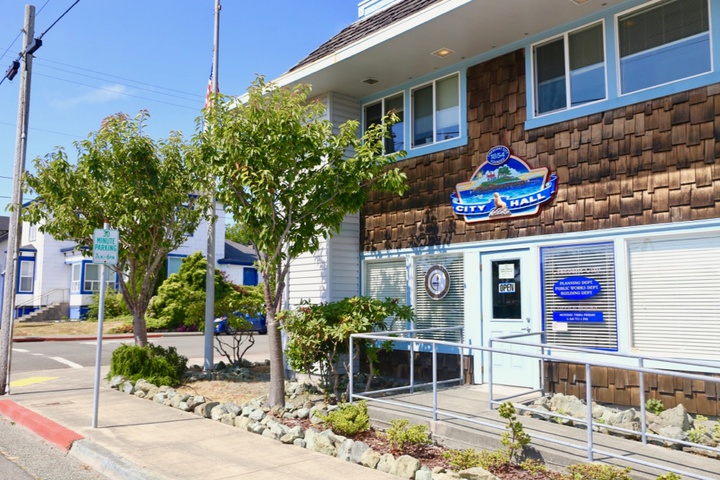 City Councilors on Monday got a better picture of the community’s finances, learning, among other things, that Crescent City’s general fund reserve is not awash in extra cash.

While the city is able to abide by its policy of maintaining a general fund balance of at least 25 percent of budgeted expenditures, Finance Director Linda Leaver told Councilors that there is less than $100,000 extra in the fund’s reserve.

“In the current fiscal year, 2019-2020, with budgeted revenues and expenditures, we would end the year at about $1.8 million,” Leaver told Councilors.

According to Leaver’s staff report to the Council, budgeted expenditures in the general fund  for the 2019-2020 fiscal year are about $6.8 million, requiring a fund balance reserve of roughly $1.7 million. The fund balance is currently about $2.6 million, $898,174 over the required reserve.

“We never spend the full budget. That’s where we would end up,” Leaver told the Council.

Leaver’s report of the general fund’s reserve balance was part of an overall presentation on the operating activities of Crescent City’s major funds during the 2018-19 fiscal year. This includes funds belonging to the housing authority, RV Park as well as the sewer and water funds. Leaver’s report also included an analysis of wages and benefits.

Leaver’s presentation is based on an audit of the previous fiscal year that her department finished Dec. 24 and precedes a review of the 2019-2020 budget she will give to the City Council in March, according to the staff report.

Despite the lack of extra cash, Leaver told the Council that the actual results in the city’s major funds were better than budgeted. For wages and benefits, though staff anticipated to spend $6.5 million, or 4 percent more than the 2017-18 fiscal year, the actual 2018-19 results came in at $679,114, or 9 percent under budget.

Leaver noted that the community development director retired last fiscal year and there were several other positions, including police officer positions, that were vacant for part of the year.

In February 2019, the Council directed staff to reorganize the public works and community development departments and hired a recreation director to focus on the RV park, Fred Endert Municipal Pool and Beachfront Park. Councilors also approved new working hours at city hall that went into effect on Monday.

City Hall will be open to the public 7:30 a.m. and will close at 5:30 p.m. Monday through Thursday and will be closed on Friday. According to City Manager Eric Wier, staff training will be held on Friday when the office is closed to the public.

“I heard our first customer pop in at 7:30 and say, ‘My goodness, this is wonderful!’” Wier told Councilors on Monday. “Accepting payments starting at 7:30 has already been a benefit.”

In Crescent City’s general fund, expenditures were $819,000 under budget during the 2018-19 fiscal year, according to Leaver.

However, revenue was also $152,643 under budget, she said. This is due to transient occupancy tax revenue being down by about $100,000 in the 2018-19 fiscal year, Leaver told the Council.
One business is currently not in compliance with the TOT law, Leaver said. She also noted that hotel receipts were down across the board.

“That’s something we’re continuing to look at and so is the visitors bureau,” she said. “Pool revenue was also down about $45,000 (likely) because of the extended closure due to repairs.”

In terms of expenses, Leaver said roughly $200,000 in projects had to be deferred to the current fiscal year. This includes replacing street lights, replacing the siding on the Crescent City Cultural Center as well as completing master plans for the Fred Endert Municipal Pool and the fire department, she said.

For the city’s sewer fund, though a $569,560 deficit was projected for fiscal year 2018-19 to account for capital improvements, operating expenses and debt service, the fund had a net positive of more than $1.4 million at the end of the last fiscal year, according to Leaver.

About half of that $644,050 is due to a grant-funded project to rehabilitate lift stations in the city and county, according to the staff report. There were also more sewer connections than had been budgeted for, Leaver told the Council.

During the 2018-19 fiscal year, the city sought proposals with third-party contractors to operate the wastewater treatment plant, choosing to work with Jacobs Engineering. The city left several plant positions vacant until Jacobs Engineering took over operations in September.

Though the sewer fund has a working capital of about $6.3 million as of June 30, 2019, Leaver said there are still structural needs. The plant’s 2019-2020 operating budget includes a $1.1 million deficit to fund capital improvement projects, according to the staff report.

Meanwhile, a 2015 rate study and a 10-year financial plan for the sewer system conducted in 2018 show that the system doesn’t generate enough revenue to fund ongoing operations, debt obligations and maintenance needs, according to Leaver’s staff report.

“Wages and benefits were under budgeted just like in every fund,” Leaver said of the expenses coming in under budget for the water fund. “With operating expenses, every single line was under budget by a little bit.”

Revenues were slightly over budget and expenses slightly under, by about $20,000, at Shoreline RV Park, which may soon become Lighthouse Shores RV Park, Leaver said. The park had a working capital of about $160,000 at the close of the 2018-19 fiscal year, she said.

The reverse was true for the Crescent City Housing Authority in the 2018-19 fiscal year, though Leaver pointed out that the city doesn’t want the ending fund balance to be too high. The Housing Authority is fully funded through the U.S. Department of Housing and Urban Development.

“We’re always really close in this fund — Housing Authority Director Megan Miller tracks this like a hawk,” Leaver said. “Our ending fund balance was $132,000 and if exactly the budget is spent this year, it’ll end up at $123,000 (this year).”