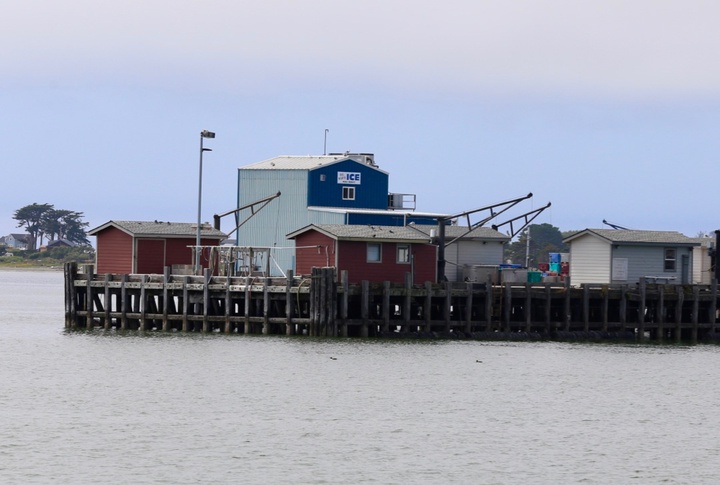 A solar power purchase agreement states the project must be finished by June 30 or the harbor district will receive $350,000. Photo: Andrew Goff

Crescent City Harbor Commissioners kicked a new solar energy power purchase agreement back to staff, demanding legal counsel add a provision that the system be 100 percent completed by the end of June.

The proposed agreement stipulates that if the system isn’t producing electricity by June 30, 2020, Renewable Energy Capital would pay a $350,000 penalty to the Crescent City Harbor District. REC and its CEO Alex Lemus is the managing partner for ADE Crescent City LLC, the company tasked with installing the 350 megawatt solar system.

“I don’t want him to come back and say, ‘I only need 10 percent,’” Commissioner Carol White told harbor district staff on Tuesday. “We’ve done that for how many years now?”

Commissioners also asked legal counsel to include a space for Lemus to sign the new contract, a request that came from Commissioner Rick Shepherd. The contract will also include the signature of ADE Crescent City’s managing member, Julio Macedo.

Shepherd said he was also in favor of adding a penalty to the contract if the project isn’t operating by the end of June.

The Harbor District resurrected the possibility of moving forward with installing solar at the port after Lemus appeared before commissioners at a special meeting in December. At that meeting, commissioners approved extending a power purchase agreement the harbor district had entered into with REC in 2017, according to Deputy Harbormaster Lane Tavasci.

On Tuesday, both Carol White and her colleague Wes White demanded the phrase “100 percent completed” be included in the contract.

“If I get one solar panel running and some electricity generating I can say it’s operating,” Wes White said.

According to the original power purchase agreement, the terms would last 25 years and Renewable Energy Capital would install, finance, own and operate a 1-megawatt photovoltaic solar energy system at the harbor.

The system would include installing photovoltaic panels on top of the Albers Seafood and Pacific Choice Seafood buildings and would also include building carports at the Crescent City Harbor, according to Carol White.

The original agreement stipulated that ADE complete the project by Dec. 31, 2018, however the harbor district approved an extension to Dec. 31, 2019. ADE was unable to meet that Dec. 31, 2019 deadline, however, according to the new agreement.

In October 2019, Crescent City Harbormaster Charlie Helms told commissioners that most ADE representatives he and Tavasci worked with were no longer with the company. He said that roughly $700,000 in solar panels were being stored at the harbor and suggested commissioners use them as leverage for getting the firm to finish the project.

At the harbor district’s special meeting Dec. 23, Lemus apologized for ADE’s inability to finish the project, according to Helms, and paid off a lien the district placed on the solar panels.

“He will definitely complete the rooftops and carports before the end of the fiscal year,” Helms told the Outpost last week.