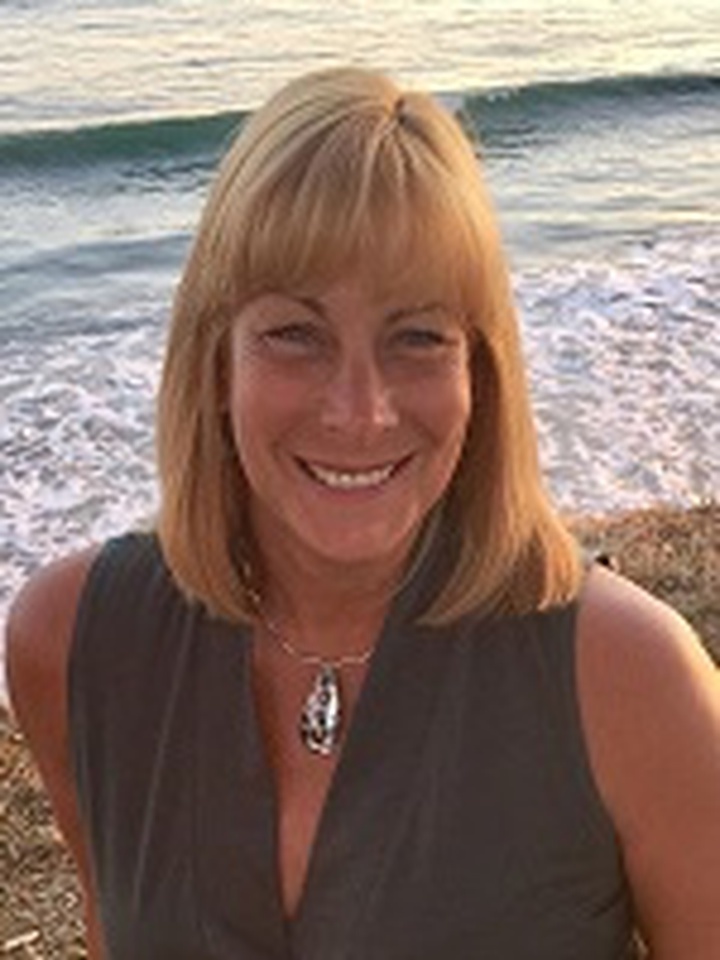 Lori Cowan is the first to admit she doesn’t know “everything about everything.” But, she says, she knows where to seek answers.

The incumbent in the race to represent District 2 on the Del Norte County Board of Supervisors says her ability to foster partnerships and relationships on the local, state and national level has led to a myriad of positives during her term. In a conversation with the Wild Rivers Outpost and Paul Critz, of KFUG Community Radio, Cowan said Friday she’s seeking re-election this year to continue to advocate for Del Norte County.

“We always have challenges,” she said. “I just learned not to worry about them so much. The great successes are the good things that need to keep going.”

Cowan looks to serve a second term as Del Norte County District 2 supervisor, which encompasses portions of Crescent City along Pebble Beach Drive including the Del Norte County Airport and along the northern side of Washington Boulevard. She is competing with challengers Valerie Starkey and James Ramsey.

The race for District 2 supervisor is one of three Del Norte County supervisor races being held for California’s March 3 primary. The other two races are for districts 1 and 5.

Elected in 2016, Cowan told the Outpost and KFUG that she sought a position on the county board because of her kids.
During her first term, Cowan, like most of her colleagues, said she has been trying to speed-up the process of finding an alternate route around Last Chance Grade— the slide-prone area of U.S. 101 south of Crescent City.

Homelessness has become a multi-faceted conversation during Cowan’s term starting from 2016 when she began talking with State Sen. Mike McGuire about the No Place Like Home program, which seeks to house the chronically homeless and mentally ill. Cowan said she’s now working with a new nonprofit to turn an emergency part-time shelter into a 24-hour rescue mission.

During her first term, Cowan has also been part of the sister city relationship blossoming between Rikuzentakata, Japan, and Del Norte County. She’s not the only elected official to be part of that story, but, she says, she was on the Del Norte County Unified School District Board of Trustees when Kamome, the fishing vessel that belonged to Takata High School, washed ashore two years after the 2011 Tohoku earthquake and tsunami.

“When that boat came up, I remember the phone call from Recology and I remember having the very first meeting with Amya (Miller) and the first time the sister city was brought up,” Cowan said, referring Amya Miller, who was special advisor to the mayor of Rikuzentakata. “I was kind of in on it early on. It’s a great relationship.”

Since being elected to the Board of Supervisors, other significant discussions Cowan has been part of also include efforts to create a commercial cannabis ordinance and build a registered nursing program between College of the Redwoods and Sutter Coast Hospital.

Homelessness
When she arrived at KFUG studios on Friday ready to chat, Cowan said she was coming from a meeting discussing homelessness.
Though it wasn’t on her radar when she was campaigning for her first term four years ago, Cowan said the issue takes up much of her time. Especially since she’s been working with Daphne Lambert, of Del Norte Mission Possible, a new nonprofit that seeks to transform Our Daily Bread Ministries from a part-time emergency shelter to a full-time rescue mission.

“I was brought in early on just to be the liaison (between) what the county needs as far as that building being up to code,” Cowan said, referring to Our Daily Bread’s building at 1135 Harrold Street in Crescent City. “But other things are happening. We now have Health and Human Services in there and Alcohol and Other Drugs twice a week. There are things like lockers over there that were surplus. We’ve been doing all these little things as we’re working toward bigger things.”

Cowan said she became involved in addressing homelessness in 2016 through California’s new No Place Like Home program. The program provides loans for brick and mortar facilities that provide permanent supportive housing for the chronically homeless and mentally ill. Wraparound services would also be involved in such a facility, Cowan said.

Using a $75,000 No Place Like Home technical grant, the county hired Housing Tools, a Chico-based consulting firm, to determine what model might work for Del Norte County. Last year, Toni Self, administrative analyst for the county, presented the consultant’s report, which concluded that a coalition of community members should determine what model would work for the community.

“All of a sudden, I pulled together a group of people, some nonprofits and some faith-based groups and I said, ‘OK, we have this funding coming down, I want mobile showers.’ And we started working on that,” Cowan said. “From those conversations came the relationship with Daphne, who was doing Del Norte Mission Possible. I’m happy to say the funding for the showers, a year later, is now happening. They’re being purchased.”

Continuing the discussion about homelessness, Cowan responded to a question from former True North Organizing Network leader, Mike Thornton, a 9th Circuit Court of Appeals ruling in Martin v. the City of Boise that declared prosecuting homeless persons for sleeping in public is unconstitutional.

In a Facebook post, Thornton said Del Norte County and Crescent City each pledged a total of about $10,000 in support of an effort to get the U.S. Supreme Court to “overturn Martin v. Boise.” In December, the Supreme Court let the 9th Circuit appeals court decision stand, according to the National Law Center on Homelessness and Poverty.

On Friday, Cowan said county’s September decision to join a coalition of jurisdictions in an amicus brief to get Martin v. Boise before the Supreme Court was an effort to clarify the Appeals Court’s decision, not a bid to overturn the ruling. Cowan referenced Del Norte’s participation in the annual Point-in-Time Count, which determined there were nearly 200 people living with homelessness in the county.

She said she wants to get an alternate route around the slide-prone area operating before the 2039 date Caltrans has given for the project’s completion. But, Cowan said, she doesn’t that effort to suffer the same fate as a project to improve STAA truck access on U.S. 199 and State route 197, which has been in litigation for more than 10 years.

Cowan, who sits on a group Congressman Jared Huffman established to address the Last Chance Grade project, said she is working with environmental groups, private entities, state and national parks to find out what they need for an alternate route to become a reality.

Cowan said she and her colleagues have also spoken with representatives with the Federal Highways Administration, the White House and, last spring, convinced the California Transportation Commission to visit Del Norte County.

“I’m able to talk about how my children… your children go over that grade. How our parents go over it to go to doctor’s appointments,” Cowan told KFUG and the Outpost. “I was able to walk it with them in November. That is important. Those are those relationships that are extremely important and you can’t buy them.”

Cannabis and the economy
Following the 2016 passage of Proposition 64, Del Norte County created a working group of industry representatives, elected officials and business representatives to create a commercial cannabis ordinance.

Cowan said the county started small, establishing an area outside of the Crescent City limits that, so far, has seen one grower. Late last year, the Del Norte County Board of Supervisors expanded the zoning area for commercial cannabis to include portions of Smith River.

“It’s easier to let it out than to bring it back in,” Cowan said.

Cowan said since the ordinance has only allowed one retailer to set up shop since Proposition 64 passed, there hasn’t been much economic benefit from commercial cannabis yet. But, she’s hopeful, especially for cannabis manufacturing.

Cowan also addressed the economy, saying that though tourism has been mentioned as a major economic driver, it’s not the only economic driver. She noted that Del Norte County’s economy took a major hit between 2008 and 2012, but there has been some growth.

“I think we’re going to see more for jobs with hospitals,” she said, referring to CR’s nursing program. “I’ve seen a growth in some businesses over the last 3-5 years.”

In the weeks leading up to the March 3 election, the Wild Rivers Outpost and KFUG Community Radio will interview other candidates participating in the District 1, District 2 and District 5 supervisors races. Audio of the full interview will be available via KFUG shortly.