ANGELS and DESPERADOS: The Lying, Cheating, Houston Astros, or How I Didn’t Get Outta the Church on Time » 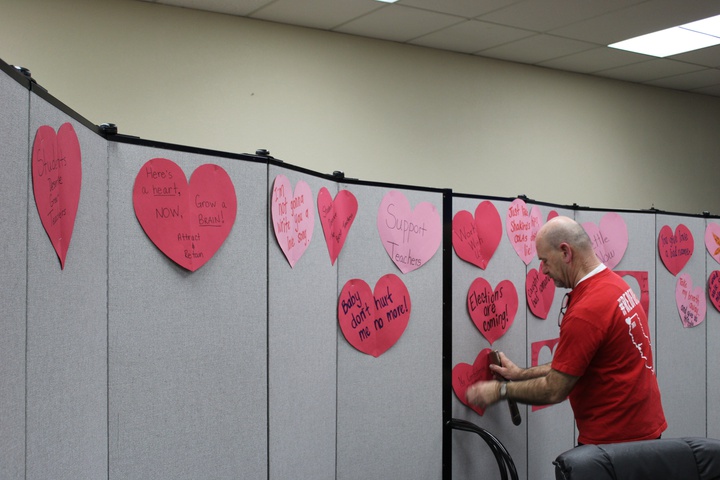 Jeff Napier took another stab at explaining what a cost of living adjustment is to a room full of teachers who are pushing Del Norte Unified School District to settle contract negotiations by the end of the month.

Napier, DNUSD’s assistant superintendent of business, also walked trustees and members of the public through California Governor Gavin Newsom’s 2020-21 budget proposal Thursday and what it could mean for Del Norte Schools.

“This year, it’s a little bit more bare, he’s focusing more on preschool and some other things,” Napier said of Newsom’s initial budget proposal. “Education really isn’t getting a whole lot. Our economic outlook for the state, it’s still going alright. It’s dropped a little bit for 3.5 to 2.6 on the (gross domestic product). They’re still projecting growth, just a lower level of growth.”

Newsom released his 2020-21 budget proposal last month. He will submit a revised budget with a better fiscal outlook to California lawmakers in May, Napier said. Representatives from both legislative bodies will work with the governor to manipulate the May revise, Napier said, before approving a final budget in the summer.

According to Napier’s presentation, this translates into a projected $10,812 per student for the 2020-21 fiscal year.

This projection also includes a 2.29 percent COLA for 2020-21, Napier said. Last year when the governor released his 2019-20 budget proposal, his office projected a 3 percent COLA, he said.

“Some people think a COLA is a pot of money we get,” Napier said. “COLA works in the LCFF formula and the LCFF formula, we get so much money per student in each grade span.”

That money may come to local schools in the form of grants districts need to apply for, according to Napier. Another possibility is a plan where the state would pay $20,000 directly to teachers plying their trade in low-income schools.

Another large component of Newsom’s budget proposal is his desire to create a Department of Early Childhood Development, Napier said. It would be housed within the California Health and Human Services Agency starting July 1, 2021 and would seek to consolidate childcare funding streams and programs. The Department of Early Childhood Development would also partner with the California Department of Education, which would continue to administrate the state preschool program, according to Napier’s presentation.

One potential program the state is exploring is the concept of a community school that would provide educational opportunities for youngsters and health services for their families, Napier said.

“We’d love to see that,” Harris said. “It would be a huge benefit for teachers and then it would help us do some early intervention and diagnostics around kids who need special education and speech services.”

Though they acknowledged that there’s been some movement in ongoing contract negotiations between the Del Norte Teachers Association and DNUSD, teachers continued to press trustees for a salary increase equal to the 3.26 percent COLA the state issued last year. Teachers also came to the podium during public comment on Thursday under the impression that the district was proposing to cut certificated positions — an impression Harris quickly quashed.

“One of the board’s predominantly voiced pieces is lower class sizes and fewer combos,” Harris said. “There’s no indication that we’re going to eliminate 20 teachers. As a matter of fact, we’re kind of in a holding pattern. As we start talking about teaching staff there’s no conversation about raising class sizes or creating combos.”

That worry, Del Norte High School math teacher Cheryl Bradley said, shows that teachers are more concerned “than we’ve ever been” about what is happening in the school district. She noted that two districts in Del Norte County settled contract negotiations with the unions representing their certificated staff within an hour, while teachers in Del Norte have been working under an unsettled contract for more than 330 days.

“Those districts got their COLA,” Bradley said.

Smith River School fourth-grade teacher Luis Pelayo proposed a Feb. 28 deadline for both parties to reach a settled contract. Not only has it been nearly a year, he said, but DNTA has already scheduled dates for negotiating its next three-year contract.

“Feb. 28 was when the process started, almost a year ago,” Pelayo said. “I think that is an appropriate deadline. Let’s get this done so we can move on.”

Before the board’s meeting, DNTA President Marshall Jones stapled red hearts on the walls at the district office, imploring trustees to bring the impasse to an end. During his report, Jones echoed Pelayo’s statement about reaching a resolution by Feb. 28, but asked how the district will move forward once a settlement is reached.