« Commercial Dungeness Crab Season Starts Dec. 23; Fishermen May Be In For A Low Abundance Year 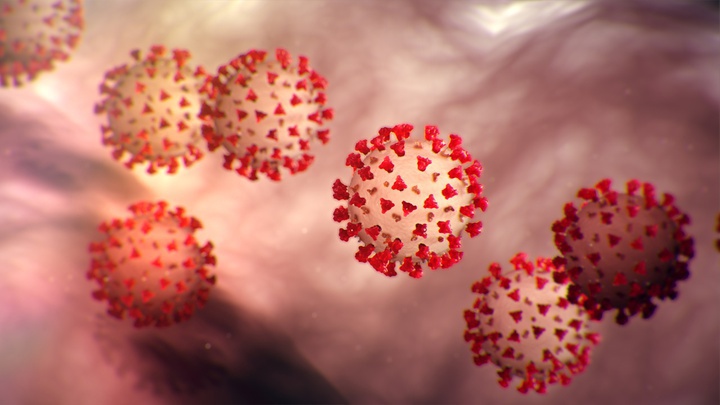 Courtesy of the CDC

An elderly patient died at Sutter Coast Hospital on Friday, Rehwaldt told the Wild Rivers Outpost. Rehwaldt said he wasn’t sure how long the person had been a patient at the hospital.

This second death in Del Norte County from the novel coronavirus comes as Public Health Branch staff received reports of 18 to 20 new cases over the weekend.

“It was a fairly busy weekend,” he told the Outpost.

According to the Public Health Branch, the patient who died after being hospitalized and diagnosed with COVID-19 was in their 80s.

At Pelican Bay State Prison, a total of 82 inmates are positive for the novel coronavirus, according to the California Department of Corrections and Rehabilitation’s Population COVID-19 Tracking web page.

Among prison staff, 13 tested positive for COVID-19 as of Friday, according to CDCR Employee Status web page.

The Del Norte Public Health Branch began separating the number of positive inmates from the overall count of positive COVID-19 cases in the community since they aren’t factored into the county’s position on the state’s Blueprint for a Safer Economy.

Del Norte County is currently in the most restrictive purple tier, which means viral activity is widespread in the community.

However, since Del Norte and the rest of the Northern California region has an intensive care unit capacity of 29 percent, according to the California Department of Public Health, it is not under a regional stay at home order.

Under the state’s Dec. 6 regional stay at home order, regions with an ICU capacity of less than 15 percent were issued a stay-at-home order. In California, 36 counties were under such an order.

Del Norte County and Northern California has some flexibility when it comes to ICU capacity, Rehwaldt said. He noted that hospitals are small and tend to transfer people to other facilities when they’re very sick and need specialist care. But, he said, that could change quickly.

Sutter Coast Hospital has four ICU beds and can expand it to about nine beds without reconfiguring the hospital, Rehwaldt said.

“It always depends on staffing,” he said. “Do they have enough staff to run those beds is what drives this most of the time. And right now staffing shortages are a problem everywhere.”

However, Rehwaldt said he’s not yet sure if the state determines ICU capacity based on the number of actual beds or the number of staff available to care for patients.

Currently, Rehwaldt said, he and Public Health staff are urging people to shelter in place on their own, especially those who are most vulnerable of serious illness from COVID-19.

“When disease movement around the community picks up like it is now, it’s much more likely chance encounters might expose somebody,” he said. “We urge people to stay at home as much as they can. If they can be at home right now and not have to go out for any reason, that’s the best course of action, especially people who are elderly and who have health conditions that are such that we don’t want to take a chance with this virus.”

This is not only critical to protect those most vulnerable to the disease, but to ease the burden on the local healthcare system, Rehwaldt said.

“We expect case numbers to continue to climb,” he said.