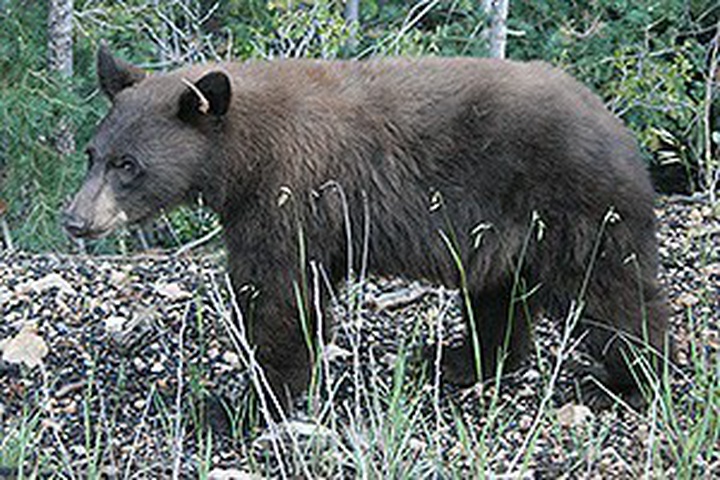 Rangers are closing Sand Camp in the Smith River National Recreation starting Thursday to try to get a nuisance bear to move along.

The yearling black bear has been stealing food, bags and breaking into cars via open windows. More from a Six Rivers National Forest news release Wednesday:

Multiple encounters with a yearling black bear along the South Fork of the Smith River at Sand Camp, on the Smith River National Recreation Area (NRA) of the Six Rivers National Forest, has prompted a temporary closure for public safety while California Department of Fish and Wildlife (CDFW) and US Forest Service officials attempt to “haze” the bear. Hazing is a non-lethal approach used to encourage the bear to move on and resume normal foraging behavior—for nuts, berries and grubs—away from humans.

The two-week closure of the Sand Camp area is set for Thursday, August 6 through Wednesday, August 19, 2020. The CDFW requested the US Forest Service close the site for two weeks, so both agencies may continue their hazing efforts without the temptation of human food, although hazing efforts have so far proven unsuccessful.

The bear has been harassing visitors for weeks, approaching them without fear, stealing food, bags and breaking into cars via open windows. In addition to hazing, US Forest Service and CDFW staff have been educating the public about not feeding bears—or any wildlife!

According to Jeff Marszal, district ranger for the Smith River NRA, “If, after this two-week period, we’re not successful with changing the bear’s behavior, the bear will have to be relocated or, unfortunately, euthanized.”

While the Sand Camp area is closed, Smith River NRA staff encourage visitors to enjoy other river-access sites along the South Fork of the Smith River and South Fork Road, including Craigs Beach and Stevens Bridge.

Both agencies encourage visitors to use their public lands, but stress refraining from feeding wildlife.