Emergency Management — Del Norte Style: 'Everybody in the Community Has Done Something to Help Out' » 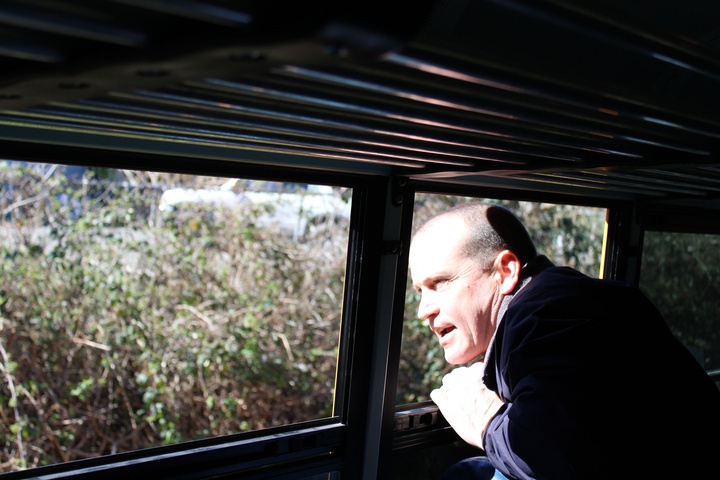 No one expected students to be allowed on campus any time soon, but Del Norte Unified School District elected officials discussed if a “soft opening” would be possible at some point.

The Board of Trustees on Thursday officially closed school facilities through the end of the 2019-2020 year due to the COVID-19 pandemic.

While he said opening campuses would be easy if shelter-in-place orders were relaxed, DNUSD Superintendent Jeff Harris said creating an eight-week lesson plan, including a procedure for grading student’s work, makes more sense for teachers than creating a three-week plan.

Harris and Tom Kissinger, assistant superintendent of curriculum and instruction, weren’t ready to unveil a distance learning short-term grading policy on Thursday. But, Harris said, DNUSD will spend the week after Spring Break, making sure students and parents know what to expect through the end for the last two months of the academic year.

“As of the 20th, school is compulsory,” Harris said. “Work will be due and work completion is going to be how we take attendance and how credits and grades are issued.”

In addition to closing DNUSD school facilities through the end of the academic year, trustees, acting as the Del Norte County Board of Education, also shuttered Castle Rock Charter School and Del Norte Community School.

Castle Rock and Community School had been closed since March 16 along with Del Norte Unified campuses. But since trustees hadn’t taken official action to close county facilities — their March 15 emergency decision applied to district schools only — Harris asked them Thursday to memorialize the closure of Castle Rock and Community School as of March 16.

Promising a written report at the Board’s April 23 meeting, Kissinger dubbed the week after DNUSD’s spring break, from April 20-24, as “bridge to learning week.” Staff will ensure everyone is connected to a device and the Internet, he said.

In addition to ensuring students were receiving work packets and access to teachers digitally, instructors have also been working with administrators and support staff to enhance their ability to use Zoom, Canvass, Google Classroom, SeeSaw and other platforms.

Comparing the situation to learning how to ride a bicycle while you’re building it and drinking from a fire hose at the same time, Kissinger said district staff will make sure students receive paper packets too, especially those who may have challenges when it comes to connecting digitally.

“Our kids are going to get high-quality learning opportunities. (They’re) going to get feedback,” Kissinger said. “There’s been a whole conversation going on around grading, around evaluation and making sure no students get hurt by what this whole process has been.”

Charlotte Svolos, chair of the special education department at Del Norte High School, has been part of the team creating a distance learning grading plan at the 9-12 level. Noting that their guiding policy has been to “do no harm,” she said the only way students will get a failing grade is if they were failing prior to the school shut down on March 13 and do nothing to mitigate that when attendance becomes compulsory on April 20.

“This is any student regardless of special needs,” Svolos told the Wild Rivers Outpost. “That’s what we worked really hard on — that grading policy and trying to have a balance between the needs of students and some accountability to make them want to pick up packets and get them done so they don’t have as much regression.”

Students who may have been failing a course prior to the March 16 school facility shutdown can make that up, Svolos said. When it comes to course progression, those classes that require a student to have a C or better to advance — she used algebra II to pre-calculus or calculus as an example — would still apply, she said.

“Our counselor did an incredible amount of research having to do with the Cal States and the (UCs),” Svolos said. “Even for sophomores, juniors and freshmen, this year, second semester will be discounted for consideration, so we know that’s not going to affect them going into college.”

In an April 1 announcement, State Superintendent of Public Instruction, Tony Thurmond, stated the California Department of Education and California State Board of Education issued new guidelines on graduation requirements and grading for high school seniors.

According to Thurmond’s announcement, many colleges, including the community college system and private and non profit universities, agreed to accept credit-no-credit grading for college prep courses where local districts see fit. The state is also being more flexible with testing requirements, transcripts and financial aid considerations, according to Thurmond’s announcement.

On Thursday, Harris told trustees that it’s important for staff to see and weigh in on the district learning grading policy to ensure it meets the needs of all students. He said parents also need to know how to help students access their online courses, so the week after spring break will be spent walking them through Google Classroom, SeeSaw and other digital platforms.

Trustees Angela Greenough and Charlaine Mazzei expressed concern for how special education students would get their needs met through a distance learning format.

Mazzei, whose son has special needs, pointed out that while he’s at school he’s able to work with one on one with a staff member who ensures he stays focused on the lesson and to provide tutoring.

“We have a hard time doing that at home,” Mazzei said. “I think there are going to be those challenges of folks who are going to have to have more assistance to access the learning for their child rather than just having it available on a computer screen.”

Svolos uses Zoom to connect with her students on a regular basis and has provided distance learning packets. But special education students aren’t able to access services in their “original manner” currently.

Para-educators who provide one on one interaction with students are only able to provide consultation to parents currently, Svolos said.

“Some of them don’t learn. They just aren’t technologically savvy,” she said, adding that in addition to motivation issues, there are also mental health concerns. “It’s too hard because they have other survival needs that have taken precedent. They may not be that impaired academically, but they may have to take care of younger siblings.”

Svolos said her own son, who’s in the Gifted and Talented Education program is struggling with motivation during the shut down.

“I can only imagine if you have a student who doesn’t like school, has learning challenges and doesn’t have supports to allow them to understand the material and interact with it in anyway because they only have parental support,” she said. “It’s frustrating.”

At Thursday’s meeting Judy Smith pointed out that the district’s distance learning policy is being set up during an emergency.

“At this point in time, we’re really talking about crisis learning,” she said. “Our families and our community is in a time of crisis.”

Two positive cases of COVID-19 have been confirmed in Del Norte County as of 8:12 a.m. Friday, according to the Del Norte County Public Health Branch. Out of 150 tests that have been administered, the results for 145 were negative and three are pending.