« Recovering A Community's Soul: Volunteers Wanted For Emergency Preparedness for the Arts Team 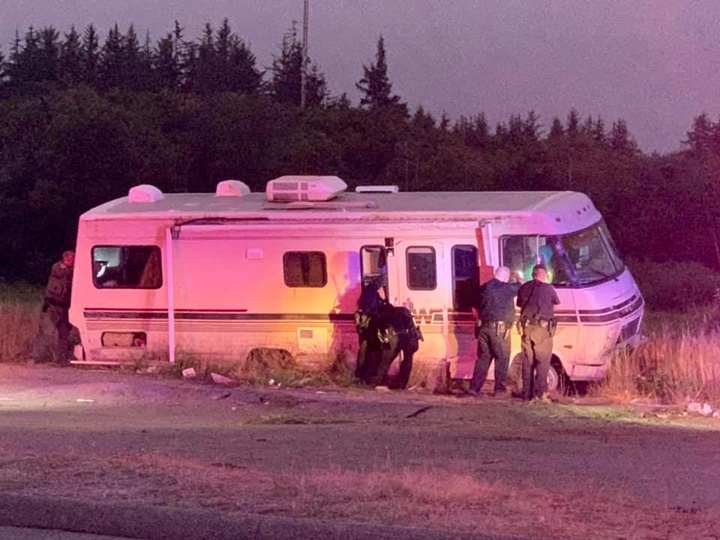 Law enforcement arrested an Oregon man on Thursday after he led them on a high speed chase in an RV. Photo: Courtesy of Ryan Schillinger

Law enforcement arrested an Oregon man near Rite Aid in Crescent City after he led them on a high speed chase in an RV at about 7:45 p.m. Thursday.

According to dispatch, the suspect is 37-year-old Daniel Anderson.

The chase appears to have originated with Oregon State Police, who contacted the subject for an alleged restraining order violation and for driving recklessly, according to Del Norte Sheriff's Cmdr. Bill Steven. Steven said the RV was ramming cars and driving recklessly before law enforcement stopped him in Crescent City.

One of the cars included a 2012 Tesla at U.S. 101 and Cooper Avenue, according to the scanner. Dispatch also stated there were two dogs inside the RV.