Recovering A Community's Soul: Volunteers Wanted For Emergency Preparedness for the Arts Team 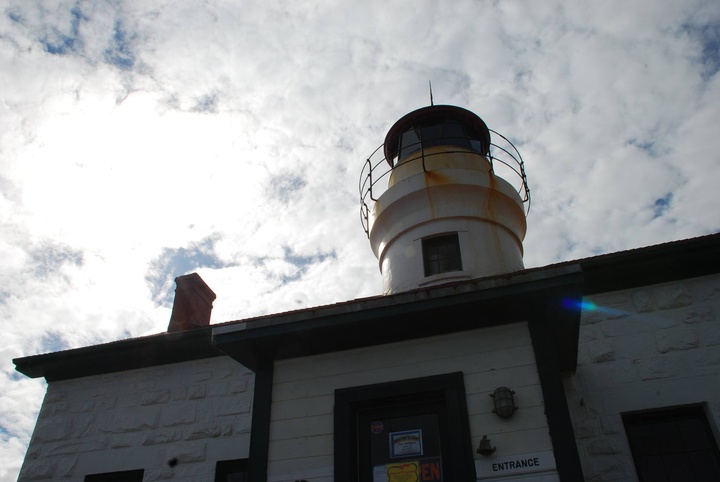 Battery Point Lighthouse is part of Del Norte's heritage that could be impacted during an emergency. Photo: Jessica Cejnar

The county’s new emergency services manager and its state and local partner for the arts are looking for volunteers to help Battery Point Lighthouse, tribal artifacts and other “physical pieces of culture” withstand a disaster.

The Del Norte Association for Cultural Awareness (DNACA) will reach out to the cultural and heritage community to provide them with emergency preparedness education, Emergency Services Manager Kymmie Scott told the Wild Rivers Outpost.

The organization’s goal is to put together a response team who would move items and collections out of harm’s way before a disaster strikes, Scott said.

This team will be the newest group of volunteers dedicated to emergency preparedness and response in Del Norte County, Scott said. Scott, who began heading the county Office of Emergency Services in May, received training from the Smithsonian Institution.

HEART will be in its third year in December, Foley said. When it first started, it offered training to 25 cultural stewards in Puerto Rico and the Virgin Islands following Hurricane Maria, she said. On Thursday, Foley said she was in between conference calls regarding the response to Hurricane Dorian.

To receive training through HEART, people have to apply. Foley said since the program is interactive, only 25 are able to participate at a time. Applicants are required to submit a letter from a supervisor stating that in addition to having their employee receive the HEART training, they will share what they learned with others in their community, Foley said.

“Wonderful people like Kymmie have taken it one step further to expand and share the HEART message and try to establish networks or try to engage beyond the doors of their institutions,” Foley said. “As the saying goes, all disasters are local… both the cultural community and the emergency management community can work together to ensure the whole community recovers.”

Closer to home, the California Arts Council is encouraging state and local partners for the arts to create a network focusing on preserving and protecting cultural items from a disaster, DNACA Executive Director Stephanie Wenning said. Using a grant from the California Arts Council, DNACA and the Humboldt Arts Council went to a workshop last month through the National Council for Arts Preparedness and Response and Performing Arts Readiness programs.

“We’re really trying to make sure we have a wide block of people who have a great depth of knowledge on what we’re really wanting to preserve in the case of a disaster,” Wenning said. “It’s forming that network who we can talk with and communicate what are priorities for them and what do we need to consider. How can we reach Klamath if the phone lines were down and Last Chance Grade went out?”

Knowing what extra skills people have and how they would be wiling to help when the community is recovering from a disaster is also important, she said.

“Obviously people’s lives are No. 1,” she said. “The hope with this network and getting the word out about wanting to have heritage preservation is that people recognize how important it is and how if heritage and culture are wiped out by a disaster because we didn’t think about it beforehand, how very different our community will look after the disaster happens.”

Wenning said DNACA is looking for more people to be involved with the Emergency Preparedness for the Arts Committee. Those who want to volunteer can find out more information by calling the Del Norte Office of Emergency Services at (707) 465-0430 extension 1135 or DNACA at (707) 464-1336.