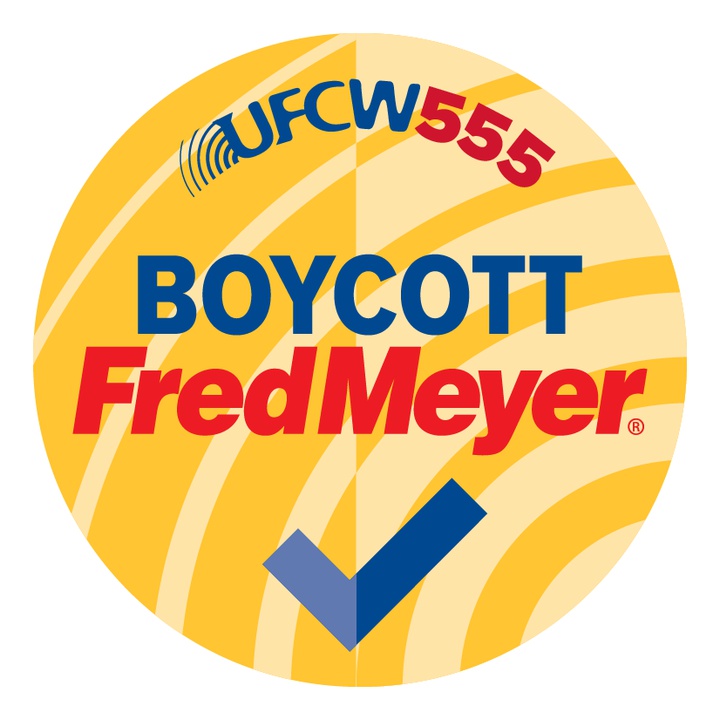 A graphic previously shared on the Union's Facebook page.

Tigard, Ore–This month’s scheduled two-day session with the employers’ negotiation team and the Unity Bargaining Team (joined for the first time by a federal mediator upon request from Local 555) went throughout the night on the 27th.

UFCW Local 555 thanks everyone for their support of our boycott campaign. Our bargaining team is happy to report that we were successful in addressing all of our concerns. Local 555 recognizes that this would not have been possible without the support of our community.

We are now asking all of our supporters to cease the boycott and resume their normal shopping habits, including shopping at Fred Meyer.