« Though 800,000 PG&E Customers Are Without Power, Pac Power Says Electricity Shut Off Not Planned For Del Norte 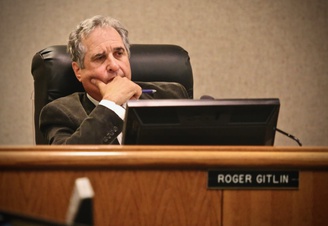 10-year lease agreement between Del Norte County and Northridge Electric. The lease agreement was for a new facility at 1270 Front Street Suite B and at 1279 Second Street, Suite C in Crescent City for the Child Support Services Department.

Supervisors Lori Cowan and Chris Howard voted in favor of the lease agreement while their colleagues Roger Gitlin and Bob Berkowitz opposed it. District 4 Supervisor Gerry Hemmingsen recused himself from both discussions, stating he had a conflict of interest.

Conflict between Cowan and Howard and Gitlin and Berkowitz continued over a lease termination agreement on behalf of the former Alcohol and Other Drugs Branch at the 1279 Second Street, Suite C facility. According to the county’s staff report, the county terminating that lease hinged on the Board of Supervisors’ approving the 10-year lease on behalf of the Child Support Services Department.

Gitlin and Berkowitz urged Department of Health and Human Services Director Heather Snow to seek a lower payout from Matthew Fearing, of Front Street Plaza, for ending the lease at the 1279 Second Street facility.

Cowan said Gitlin had opposed discussing a payout with Fearing earlier and asked him what changed his mind.

“Our director of child support services has come to us well before this, looking for a new facility,” Cowan told Gitlin. “As a director, we appointed him to make these decisions. He would like this facility and now we told him he needs to go through the process again. What has changed between now and then? Before you were not going to pay this.”

Gitlin said that according to the original May consent agenda item on a 10-year lease that would extend through 2026, the county still has to pay $135,500, but he felt that should be lower. He said he had a number in mind but wanted to keep it “under wraps for now.”

“What I’d like to do is make a motion subject to mutually agreeable terms and conditions, which is a money issue,” Gitlin said. “Let’s see the number that we can come up with and then bring it back to our Board. I offered to come up with a number.”

According to the county’s staff report, the Child Support Services Department has been searching to a new home for several years in order to provide private areas for interviews and family mediation. The department solicited offers from builders, contacted local realtors and worked with a building research firm to determine its options.

The county decided on the Northridge Electric facility because of its visibility and location in a high traffic area of Crescent City, according to the report. Under the proposed lease agreement, rent would be $6,405.37 per month.

On Tuesday, both Berkowitz and Gitlin spoke with Goodwin about 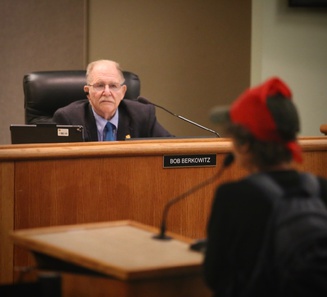 concerns over parking at the Northridge Electric facility.

Gitlin said he counted 31 spaces with two reserved for disabled individuals and four to five tenants occupying the Front Street side. Two other businesses occupy the Second Street side of the building, Gitlin noted, including a law firm and a nail salon.
Gitlin said he was also troubled by an additional $130,000 in improvements needed at Child Support Services’ proposed new home. He said Child Support Services’ current site at 983 3rd Street had adequate parking and asked what the costs in improvements would be there.

Goodwin said he provided a breakdown of what the department needed in its new home and investigated the configuration at its current location with TAB.

“Child Support Services deals with complex family situations,” he said, adding that he needed to take into account protecting people’s personal information as well as the safety of his employees. “How we’re set up right now, (there’s) open access into our public and private spaces with a marginal countertop. Someone violent could jump that.”

Goodwin said he compared the proposed lease agreements with TAB owner Tony Barnes and Fearing, who owns Northridge Electric, considering the overall aggregate cost between the life of the lease. He noted that the leases didn’t meet all of the county’s demands since they were both in the tsunami run-up zone.

Berkowitz told Goodwin that the original lease Barnes submitted contained a different square footage. The county supervisor asked Goodwin if there was a change in that lease to reflect a different size. Berkowitz added that the lease TAB submitted was different than the lease the county drafted.

During public comment, Barnes said the lease that went to Del Norte’s county counsel understated the square footage of the facility by 50 percent. Instead of 6,000 square feet, the county’s lease stated it was 3,000, he said.

Barnes said when he pointed out the discrepancies to Goodwin, Goodwin indicated he would seek advice from county counsel Elizabeth Cable. But, Barnes said, no one got back in touch with him.

“What I’m saying, as far as I was concerned in negotiating with Aaron, we were still in negotiations,” Barnes said. “I’m waiting for documents that never came back. It’s beyond me how this decision really can be made or recommended.”

According to Cowan, a county decision to combine the Alcohol and Other Drugs and Mental Health Services branches under one Behavioral Health branch was done as a cost savings.  Both the community and Gitlin were “very vocal” about getting another county department into the Northridge Electric space, Cowan said.
Howard said Goodwin worked with the county’s future facilities committee, which recommended to seek bids from local businesses to find Child Support Services’ new facility. Hemmingsen and Berkowitz sit on the future facilities committee, Howard said.
Cable said it’s not up to the county counsel’s office to make decisions or set policy.

“Ethically, we can’t negotiate with a representative party; we can’t meet with a representative party,” Cable told the Board of Supervisors. “I can’t negotiate directly with Mr. Barnes. That’s up to whoever is in the position as either director or whoever is filling in to do that negotiation. If they want us to work on it, they’ll send us back paperwork to draw whatever it is.”

In the case of the lease termination agreement regarding the Alcohol and Other Drugs branch, even though Gitlin and Berkowitz were ready to negotiate a payout with Fearing, Cable said the Board of Supervisors would be unable to move forward on that because both parties agreed that the termination would be contingent upon the lease with Child Support Services.

Cowan, saying she didn’t want to give conflicting direction, told Snow that she didn’t have consensus from the Board on how she should move forward.