« Seniors, Help The Area 1 Agency On Aging Find Out What Your Community's Greatest Needs Are 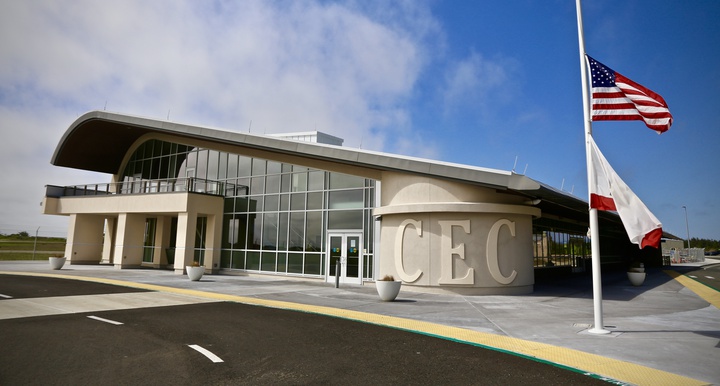 Temperatures reached 81 degrees at the Del Norte County Airport on Thursday. The last time the airport saw temperatures that high was in 1965, according to the National Weather Service. Photo: Andrew Goff

Though they weren’t enough to break records, the Del Norte County Airport hasn’t seen higher temperatures on Oct. 24 since Johnson was in the White House and “Yesterday” by the Beatles topped the charts.

The mercury rose to 81 degrees briefly at the airport on Thursday, National Weather Service meteorologist Scott Carroll told the Wild Rivers Outpost. The highest temperature in Crescent City on Oct. 24 was 84 degrees at the airport in 1965, Carroll told WRO.

A strong offshore wind has brought high temperatures throughout the North Coast, Carroll said. Eureka appears to have tied records and the area between Arcata and Trinidad reported temperatures in the mid 80s, he said.

Gasquet reached a high of 74 degrees on Thursday, Carroll said. Because it’s at a higher elevation than Crescent City, the air doesn’t have as far to sink, which is what causes temperatures to increase, he said. As the air blows down the mountains, it sinks and the pressures increase, which causes a rise in temperatures.

“In these types of situations, the warmest temperatures in the county will end up being right along the coast sometimes,” Carroll said. “The offshore wind is going to subside overnight tonight. It’s on the way down now.”

Though the National Weather Service is forecasting for more seasonable temperatures Friday, Carroll said they’re expected to increase in Crescent City on Saturday and Sunday.

“That doesn’t extend up to Crescent City,” he said. “There are two reasons for that: Winds are stronger to the south and you got more recent rains up that way than areas to the south.”