Contract Extension Between DNSWMA and Recology Could Include Recycling Service Charge » 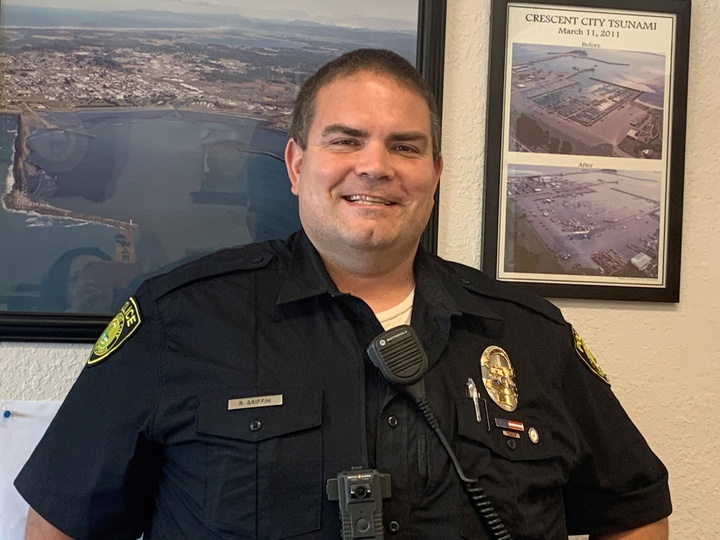 From the City of Crescent City:

The City of Crescent City is very excited to announce the upcoming appointment of our next Chief of Police for the Crescent City Police Department.

The City received 37 applications for the Chief's position and 6 selected applicants were invited for initial interviews with a Public Safety Panel; which had representatives from Crescent Fire Protection District, Probation, District Attorney, California Highway Patrol and Pelican Bay State Prison.
Candidates were also required to interview with a Community Panel with representatives from County of Del Norte, the business community, Elk Valley Rancheria, the City of Crescent City and the Del Norte County School District.

The City is pleased to announce that Richard Griffin has been selected through a very competitive process for the Chief of Police position with the Crescent City Police Department. Mr. Griffin's contract will go on the City Council meeting agenda on October 21, 2019.

Richard has been with the City since January, 2019 after previously serving 14 years of law enforcement experience with the Del Norte Sheriff's Office.

Richard has shown his dedication to this community during his career in law enforcement. Mr. Griffin and his wife have made Del Norte County their home and look forward to raising their two children in this community.

Please join us in the official swearing in of our new Chief of Police on Monday, October 21, 2019 at 6:00 p.m during the City Council meeting at the Flynn Building on 981 H Street in Crescent City.