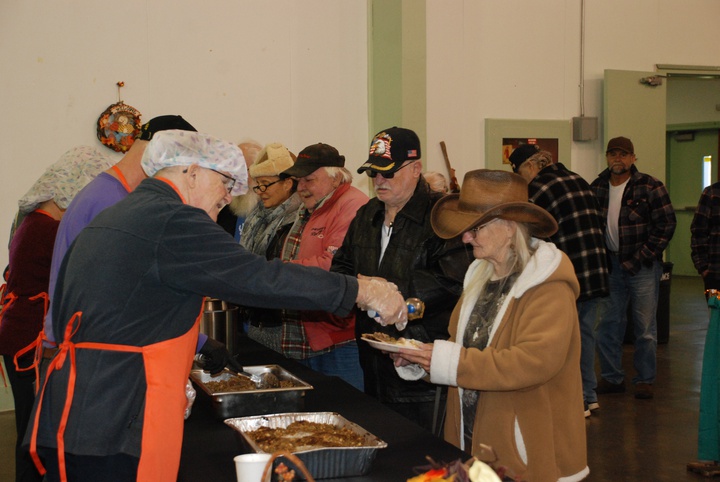 Before he opened the doors to the main building at the Del Norte County Fairgrounds on Thursday, the pastor of Crescent City Foursquare Church thanked partner Sutter Coast Hospital and other volunteers who pitched in to serve turkey, stuffing and pumpkin pie to the community.

Bodenstab also thanked Pacific Power for the work their crews have done to ensure the community had electricity after Tuesday’s storm. Volunteers served 620 meals last year, he said. This year, Bodenstab said, they were prepared to serve between 750 and 800.

“Bless the hands of each person that’s here,” he said during the blessing.

Local elected officials worked alongside teachers, the county chief of probation and other Del Norters to dish out turkey, stuffing, green beans and cranberry sauce. Rusty Hurd, Needa Morgan, Jenni Hissong and others set out pumpkin pie wedges. Elijah Brunson wheeled around a cart with juice, milk and coffee.

"It’s fun for me,” he said. “It means a lot. There are no titles it’s just people coming together for a common cause.”

Brunson, who attends Pelican Bay Evangelical Free Church, said volunteering was important for him, especially in a community like Del Norte County. Not only does bring a cross section of people together to break bread, he said, many appreciate the chance to not only eat at the fairgrounds with their friends, they’re also grateful for the plate of food they’ll take with them for later. 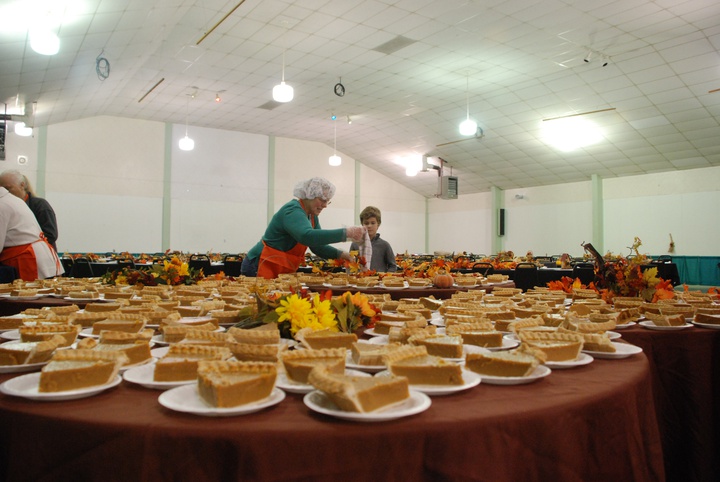 “Many people don’t know where their next meal is coming from,” Brunson said. “People really appreciate it.”

For some, like 10-year-old Coco Yan, who ate dinner with her dad, Peter, and siblings 7-year-old Jeremy, 6-year-old Anna and 2-year-old Mary, visiting the fairgrounds on Thanksgiving is an annual tradition. It’s a chance for them to eat turkey on Thanksgiving.

Naomi Wright said she usually roasts a mean turkey at home and makes her own pies, cookies and bread, but she’s at the fairgrounds for a second year in a row.

“It’s wonderful,” she said of the food. 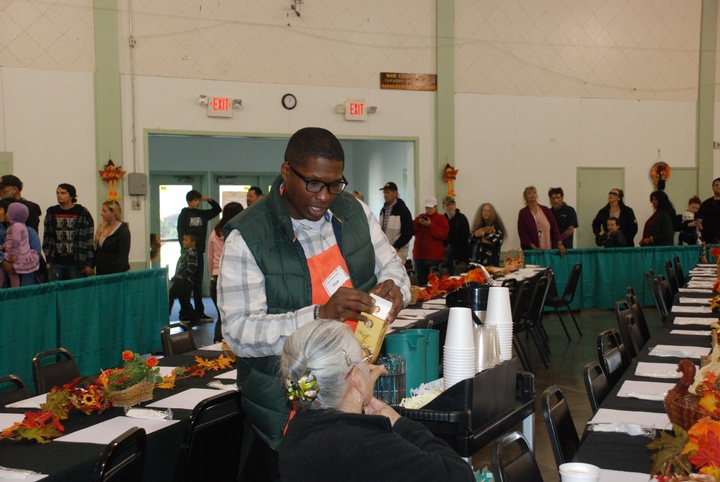 Tina Whipple-Hall said this the second of three Thanksgiving meals she’ll share with her family. Whipple-Hall was at the fairgrounds with her boyfriend, her daughter, Lindsay, and her grandchildren Angela and Kayden.

Whipple-Hall said her daughter will make a ham dinner later that evening at her new home at the Tolowa Dee-ni’ Nation’s Dat-naa-svt village. But the lunch is wonderful, Whipple-Hall said.

“To be with the community, you get a grateful feeling,” she said. “Us natives refer to it as Turkey Day — it’s the turkey’s worst day, not ours.” 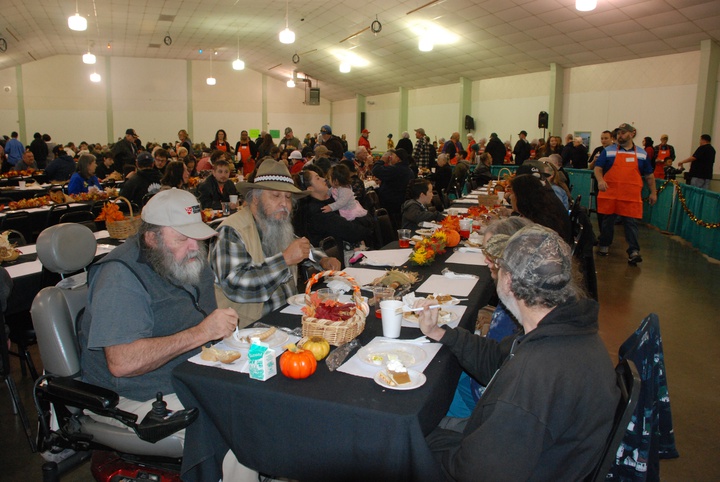 Del Norters from all walks of life broke bread together at the community's annual Thanksgiving dinner. Photo: Jessica Cejnar

Following their lunch, Whipple-Hall said she and her family will take advantage of the sunny crisp day and head up to Gasquet to see the waterfall from U.S. 199.