Roasting A Turkey Not Your Game? Come To The Fairgrounds Instead » 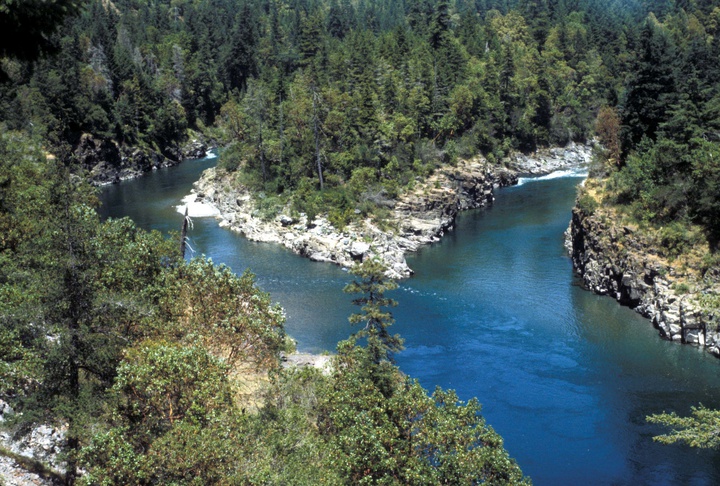 Oregon senators Jeff Merkley and Ron Wyden’s bill that calls for expanding the Smith River National Recreation Area could halt a proposed nickel mine near the watershed’s source for good if it passes.

This includes Baldface Creek, Chrome Creek and other streams that could be affected by a proposed nickel strip mine in the region, according to a joint press release from the senators. If approved, the bill would require the U.S. Forest Service to prepare an updated recreation plan, including preparing a study of the streams, wetlands and other aquatic habitat areas, according to a joint news release from the senators.

Merkley and Wyden also introduced the Southwestern Oregon Watershed and Salmon Act, which protects other streams as well as the North Fork Smith River watershed.

In the senators’ news release, Grant Werschkull, co-executive director for the Smith River Alliance, based in Del Norte, said the effort to expand the Smith River NRA completes a conservation effort that began when it was founded in 1990.

On Thursday, Werschkull told the Wild Rivers Outpost that the Smith River National Recreation Act reflects the diligence of Merkley and his staff and has support from current and former Curry County commissioners as well as those who represent conservation groups, both local and national.

Werschkull said colleagues from the American Rivers, the Kalmiopsis chapter of the Audubon Society and local chapters of Trout Unlimited and American Whitewater have worked hard to oppose Red Flat Nickel Mine’s efforts to establish an operation in the North Fork Smith River Watershed.

The Smith River Watershed is home to coho and chinook salmon, coastal cutthroat trout, redwoods and plants found nowhere else on earth, according to the news release.

The bill also has major implications for Del Norte County, Werschkull told the Outpost. He noted that both the Crescent City Council and Del Norte County Board of Supervisors opposed nickel mining in the North Fork Smith River Watershed.

Advocates on both sides of the state line worked hard to secure a 20 year ban on mining in the area, Werschkull said. This includes a 2015 resolution spearheaded by California State Sen. Mike McGuire, who represents Del Norte County, opposing the Red Flat Nickel Corporation’s proposal to strip mine the North Fork Smith River, Werschkull said.

If it’s approved, Merkley and Wyden’s legislation would mean a permanent halt to proposed mines in the area, he said. The bill would also add another 75 miles of the watershed and its tributaries to the National Wild and Scenic River system, he said.

“That’s an additional recognition of how special and significant that landscape is,” Werschkull said. “It’s a little bit of a foreign landscape in the sense that there’s not timber to harvest, there’s no grazing up there, there’s none of those kinds of things, but from a recreation point of view, there’s a lot of wild backcountry.”

In a written statement, Curry County Commissioner Court Boice thanked Merkley for his work on the legislation.

“The Kalmiopsis Wilderness and Rogue River — Siskiyou National Forest are recognized as the most diverse, wild, unique, rugged and beautiful landscapes in North America,” Boice said. “This legislation will certainly help and is important for maintaining our pristine rivers and recovering the vibrancy of our salmon and steelhead runs.”