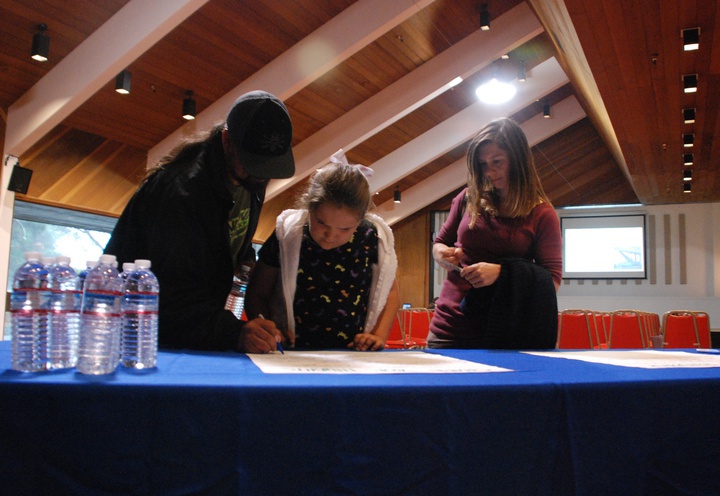 Crescent City will work with Greenway Partners as it continues to pursue Proposition 68 grant dollars for attractions and amenities at Beachfront Park.

The City Council on Monday unanimously approved an agreement with the Arcata-based project management team. Using a $25,000 grant from the California Endowment, $20,000 will be spent on an engagement plan with the community focusing on Beachfront Park, according to the city’s staff report. The remaining $5,000 will be used to continue public outreach regarding the Fred Endert Municipal Pool master plan, according to the report.

While this decision comes after the city held a series of public meetings focusing on uses for a $200,000 non-competitive Proposition 68 grant, working with Greenway Partners will allow the city to build a stakeholder group to discuss future projects, Crescent City Recreation Director Holly Wendt told Councilors on Monday.

Under the agreement, Greenway Partners would conduct public outreach, including workshops as well as meeting with stakeholder groups. The firm would compile data of the public’s wants and needs based on “specific interview findings from population segments not previously engaged.”

Greenway Partners would also provide a training plan for city staff, report to stakeholders based on the feedback received and present a final report City Council by March 16, 2020.

Wendt also informed the City Council that Crescent City is partnering with the Del Norte County Recreation Department for a second-annual Swim Camp in January.

Held Jan. 2-4, 2020, Swim Camp features a day of arts and crafts at the Crescent City Cultural Center led by the Recreation Department followed by aquatic time such as paddle boarding, kayaking and water safety lessons at the Fred Endert Municipal Pool, Wendt said.

This year, the camp will be offered for $65 per participant, Wendt said. Last year a $7,000 Building Healthy Communities grant allowed the city to charge $45 per camper. However, since that money is not available, Wendt said she’s hoping community organizations and businesses will consider providing sponsorships.
“It’s a fun opportunity to engage with our community on multiple levels,” she said. “I also think this is a wonderful opportunity to work with community partners and businesses.”

Meanwhile, the Crescent City Council appointed Blake Inscore as mayor for another year. His colleague, Mayor Pro Tem Heidi Kime will also continue to serve in that position for another year.