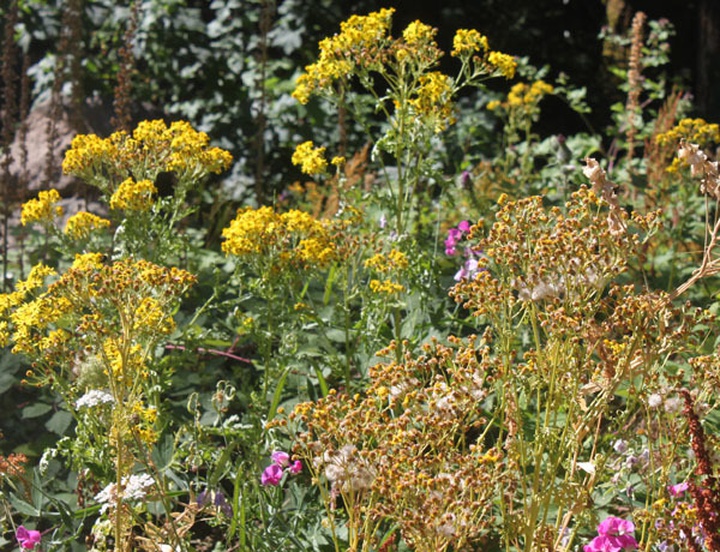 A competition to rid Del Norte County of a toxic weed has been injected with cash and will continue for another three weeks.

The team that brings the most tansy ragwort into the Del Norte Transfer Station by weight through Aug. 22 will win a grand prize of $500, according to a press release from the Del Norte Solid Waste Management Authority.

Participants in the Tansy Games have pulled and brought roughly a ton of tansy ragwort into the Del Norte Transfer Station since the competition started in June, said organizer Janet Gilbert. The contest has been extended due to a late blooming period for the invasive plant, she said.

The $500 grand prize is a donation from the Caldwell Family Trust, the Del Norte Farm Bureau, the Tolowa Dunes Stewards and McPherren’s Tax Service, Gilbert said. The Friends of Del Norte Conservation Council contributed money to help promote the competition, she said. Other community businesses have given merchandise, coupons and gift cards to the competition, Gilbert said.

Native to Northern Africa, Asia and Europe, tansy ragwort is toxic to livestock, according to the Washington State Noxious Weed Control Board.

The plant causes scarring to the liver, hindering its ability to heal and regenerate itself, according to Gilbert. Eating tansy can kill horses, cattle, elk and deer, she said in a written statement.

Tansy ragwort can be identified by their umbrella-like clusters of yellow flowers, Gilbert said. The daisy-like blooms are about the size of a quarter, she said. In Del Norte County, property owners are required to remove the weed from their property.

People can view samples of tansy ragwort at the Solid Waste Management Authority’s booth at the Del Norte County Fair this weekend. Tansy Games winners will be announced at the JPA’s September meeting.