Fire Season Upon Us! Cal Fire to Suspend All Burn Permits Effective Monday »

Members of a new committee tasked with ensuring Del Norte County is counted accurately on the upcoming Census wrapped their heads around how to get the reluctant to participate in a climate of potential ICE raids and citizenship questions.

Though it’s no longer expected to be on the questionnaire that will go out to U.S. households starting April 1, 2020, the citizenship question along with door-to-door ICE raids has had a chilling effect on hard-to-count populations, Connie Stewart, executive director of the California Center for Rural Policy, told the Del Norte Complete Count Committee on Thursday.

The committee, “outreach champions for the Census,” is charged with providing honest information to residents, encouraging them to participate so Del Norte can get much-needed resources, Stewart said. But she dispelled a myth that the U.S. Census is not a political tool. 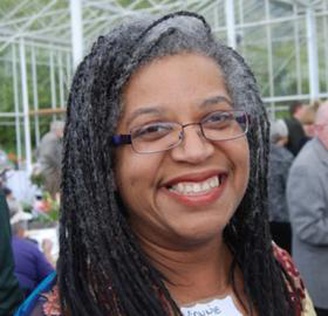 “Exhibit A is standing in front of you — 3/5ths of a person,” said Stewart, who is African American. “Back to Jesus of Nazareth the Census has been political. There’s nothing more political than counting people in the right place.”

Mandated by the Constitution, the U.S. Census provides the basis for reapportioning Congressional seats, redistricting and distributing more than $675 billion in federal funds to states, counties and communities, according to the U.S. Census Bureau. Census data determines how much transportation money communities get as well as how farm insurance and flood insurance works.

“There’s nothing that’s not political about the Census,” she said.

According to Stewart, after being under counted during the 2010 Census, meaning that California received $2 billion less than it was entitled to, the state legislature and governor put millions of dollars into making sure Golden State residents participate in the next count.

Every California county was offered a grant based on population to organize a complete count committee and to conduct outreach statewide, Stewart said. Many accepted that funding and were expected to have a county employee or department organize the committee. But since they did not have the resources, Humboldt and Del Norte contacted CCRP to conduct that work.
There is also a small pot of money from the United Way of the Wine Country, either $5,000 or $10,000 for Del Norte County nonprofits taking part in Census outreach, Stewart said.

The state also gave contracts to Native American tribes, allocating the funding by housing units they own on tribal land, to facilitate outreach, Stewart said. However in the case of the Yurok Tribe, which is one of California’s largest, the tribe doesn’t own the housing units, she said. The only tribe in Del Norte County receiving state funding to conduct Census outreach is Elk Valley Rancheria, she said.

Native Americans and tribal communities are among 14 groups California has identified as least likely to participate in the Census. Other groups include Latinos, African Americans, immigrants and refugees, farm workers, people with disabilities, seniors, homeless individuals and families, children ages 0-5, veterans, residents living in areas with low broadband subscription rates, and households with limited English proficiency.

Noting that one objective of Thursday’s meeting was to begin developing an outreach plan, Stewart said the Del Norte Complete Count Committee will need strategies for connecting with nearly every hard-to-reach population with the exception of African Americans. This includes members of the Hmong population, of Del Norte’s farm laborer community, primarily centered in Smith River, and its homeless.

The questionnaire is distributed to U.S. households starting April 1, 2020, first electronically to those with broadband and then via a paper copy in the mail, Stewart said. Those who don’t respond to either questionnaire will receive a visit from a Census taker, she said.

“I don’t know about Del Norte County as much as I know about Humboldt County, but there is an amazing correlation between the cannabis industry and the hard-to-count places who most likely do not want federal employees knocking on their door,” Stewart said. “one of the issues on outreach is creating safe spaces, hopefully, in communities — at schools, libraries, family resource centers and other places where people can come and take the test and use computers that are set up. We can encourage neighborhoods to take the test and then therefore there won’t need to be federal employees walking around.”

The Census bureau will count people living in institutionalized settings, such as Pelican Bay State Prison, separately, Stewart said. This also includes those living in homeless shelters, but a few committee members pointed out that Del Norte doesn’t have one.

Angela Glore, however, executive director of First 5 Del Norte, suggested that data from Pacific Pantry, the food bank that operates out of the Family Resource Center of the Redwoods, could be used to identify those who are homeless. Glore said the last set of pantry data showed that nearly 400 people who visited identified as homeless.

When the topic turned to the U.S. citizenship question, which was blocked from inclusion by the U.S. Supreme Court last month, Stewart and Hilda Yepes Contreras, who works with Open Door Clinic, said they had seen copies of a test questionnaire with a citizenship query on it and a note in Spanish asking people to respond if they need the questionnaire in Spanish.

“I know of two people now that you say about the test and what it says,” Yepes Contreras said. “They showed it to me, but I had no clue that it was a test, so I said this must be one of those scam things and they said well I don’t want to answer it I have people that don’t have U.S. citizen papers in my house.”

Stewart said she thought the test questionnaire was a scam too, but said CCRP is working with Congressman Jared Huffman’s office to ensure no one is the victim of a scam related to the 2020 Census.

When the committee began developing its outreach plan, Glore noted that to motivate all residents in Del Norte County to participate, the question of safety has to be addressed.

Stewart noted that in Humboldt County, the complete count committee added a clause in its outreach plan about confidentiality, stating that it respected an individual’s need for privacy.

“One of the reasons we put it that way was because we are going to learn about people who do not have U.S. documents and they may not want to talk in a group like this,” she said. “It’s important that committee members be able to say, and we should start out meetings by saying, ‘if you have any concerns or comments and you need to talk to me confidentially, please don’t feel like you have to say something in a public room. You have my phone number…’”

Glore, however, noted that the Census is something of a balancing act.
“It’s about balancing the really critical importance of counting everybody with the reality that we’re living in a situation where we could put somebody’s life at risk,” she said. “Where’s the balance there?”

Stewart countered with saying that the complete count committee should be an “honest broker in outreach,” but it doesn’t want to put people at risk because they provided information.

“Every day for the next decade, decisions (for) your community will be determined by the count and the information provided,” she said.

The next Del Norte Complete Count Committee will be held July 31 at Open Door Clinic. For more information, email Alannah.Smith@humboldt.edu.