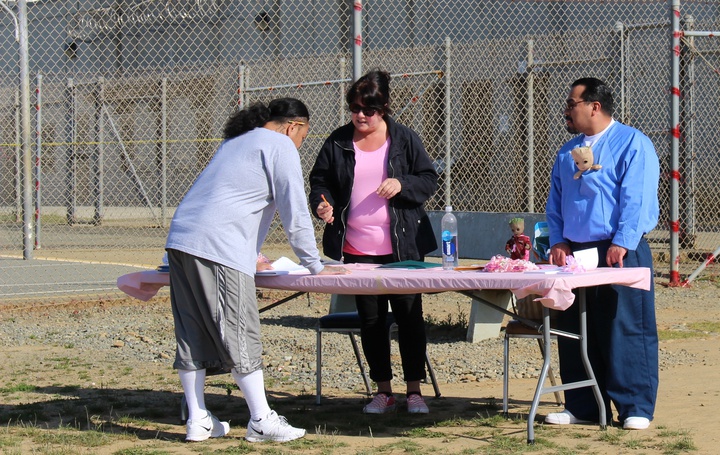 Crescent City plans to “give cancer the boot” at this year’s Relay for Life.

“Every little piece counts,” she said. “Every volunteer counts.”

Country-music star Scott William Perry, a Brookings, Ore. native, will perform as will local artist Stephanie La Torre, Sanyaolu said. People will also be able to participate in a new ceremony at midnight, Spirit of Relay.

“We’ll encourage people to continue to walk and be recognizing teams with little giveaways,” she said, adding that there will be air band competitions, karaoke and trivia throughout the night. “If you’re up late, walk for an hour or two. There’ll be music, snacks and free coffee.”

Other activities during Relay include the Luminaria ceremony at 9:30 p.m., the survivors breakfast the following morning and possibly a Disney movie in the middle of the night, Sanyaolu said.

Even though no one in her family battled cancer, Sanyaolu has walked the track each year at Relay for Life since 2013. The American Cancer Society has helped a lot of local cancer patients, she said, including this year’s keynote speaker, Stretch Mann.

According to Sanyaolu, the American Cancer Society gave gas vouchers to Mann so he could get to his treatment appointments in Eureka. The organization even put him up in a hotel for five days and gave him gift certificates to Costco so he could get groceries, Sanyaolu said.

She said participating in Relay for Life is something she can do to give back to the community. “I would love to be part of eradicating this disease,” she said, adding that last year’s fundraiser generated $20,187.62. “It’s a great thing for the community.”

Sanyaolu’s daughter Priscilla has gotten involved with Relay for Life, forming her own team and selling homemade body scrubs and wooden utensils her grandfather made to raise money for the American Cancer Society.

This year Crescent City’s Relay for Life got a boost in funding from a surprising place — Pelican Bay State Prison. Inmates at the prison’s B Yard held their own relay on June 1, with each section walking for about an hour. Organized by Abel Torres, who was in the prison’s Security Housing Unit when he learned his 15-year-old son died of stomach cancer, the walk raised $1,213.75 in three hours.

Though Relay for Life is a few short days away, Sanyaolu said she’s hoping for more people to step up to the plate. She said they can attend the wrap-up meeting at 5:30 p.m. Aug. 21 at Enoteca in downtown Crescent City.

“It is a lot of work,” she said. “It’s 24-hours of exhaustion, but that’s the point. Because that’s what cancer survivors have gone through and we’re supporting them in their fight or remembering those that have been lost.”

For more information about the local Relay for Life effort, visit their Facebook page.