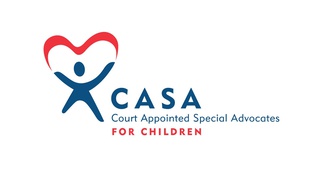 With 60 foster youth waiting for an advocate, CASA of Del Norte plans to use state and federal grant dollars to recruit more volunteers.

Standing for Court-Appointed Special Advocates, CASA volunteers help guide foster children, including those who are abused and neglected, through the judicial system. CASA of Del Norte plans to use $235,000 in Community Development Block Grant dollars for programs that focus on recruiting and retaining volunteers, Executive Director Christine Slette told the Wild Rivers Outpost on Wednesday.

Another grant, a California Office of Emergency Services Victims of Crimes Assistance grant, will also go toward encouraging people to volunteer for CASA, Slette said. This year, CASA is expected to receive $125,000 in VOCA dollars. To receive that grant, CASA needed to contribute $31,000, Slette said.

“This year the board made a goal of 10 new recruits,” she said, adding that the local program has about 22 volunteers. “In a perfect world we’d have more.”

Slette said her ultimate goal is to have a pool of volunteers so when a case comes under the jurisdiction of the court, that child is automatically assigned a CASA. To do this, she said, CASA would need at least 30 volunteers in a single year. The program nets between 10 and 15 new recruits in a typical year, Slette said.

An advocate works with the foster parent, social services and educators on behalf of the child they’re working with, Slette said. This includes making sure their charge’s educational, medical and mental health needs are being met, she said.

Volunteers must be over 21, Slette said, but they come from all walks of life. Some are former educators. Correctional officers, grandparents and stay-at-home moms have been local volunteers. Slette said a CEO of Sutter Coast Hospital served as a CASA volunteer.

“In Del Norte, our CASAs work well with social workers and school staff,” Slette said, adding that everyone was working in their own silos when she became the executive director. “It doesn’t mean that everybody agrees, but everybody’s there for the right reason and that reason is the child.”

There are also other ways to help CASA besides being an advocate. The program holds community fundraisers, such as its annual golf tournament and its first-ever Crystal Ball earlier this year, for extra childhood-related expenses for foster youth that wouldn’t be covered through the Child Welfare System, Slette said.

For example, one foster child wants to get her driver’s license, Slette said. To do that, they’d need someone to sign DMV documents for them and to have an insurance policy to be put on. Her foster parents are willing to help, Slette said, but that’s expensive.

“Anybody can walk into our office and donate,” she said. “Or they can go to our website.”

“The goal is an annual or monthly gift to help sustain our program in the long run,” she said. “We need new computers and a whole new network. Neither of these grants allow that.”

The next CASA event will be its Christmas party at SeaQuake on Wednesday. Slette said roughly 40 people have signed up to come, some of them board members and others who have never been to a CASA event. The program is selling calendars for $15 to $20 or a donation to help pay for dinner, she said.