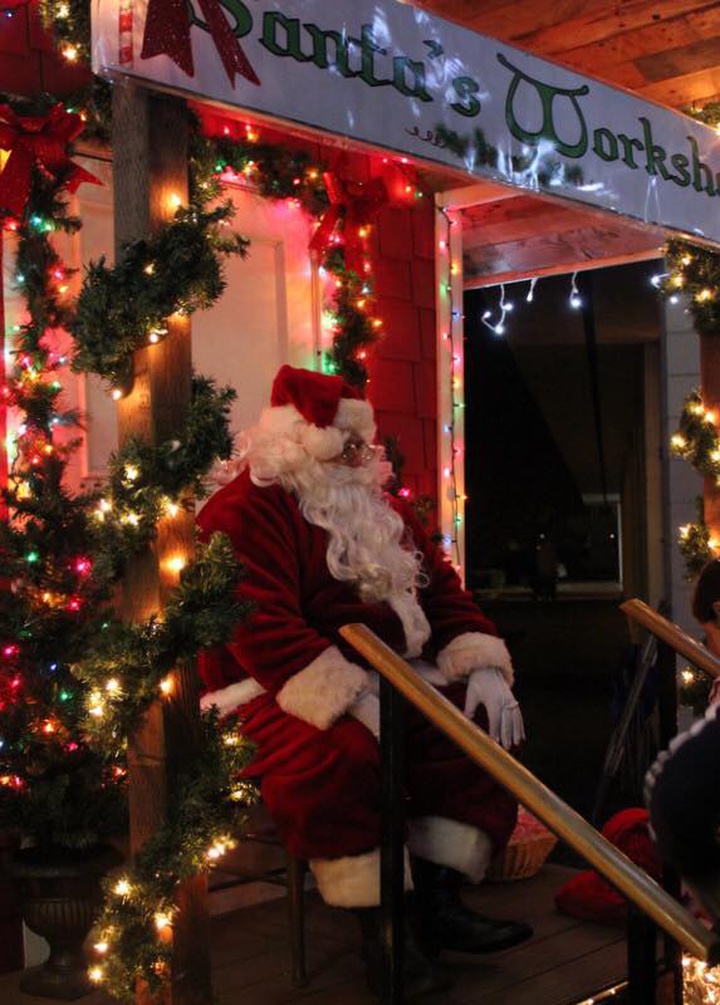 Santa greets a fan at last year's Christmas Light Parade. Kris Kringle will make an appearance at this year's parade too. Photo: Courtesy of the Downtown Divas

Downtown Crescent City will transform into a kaleidoscope of color and music, featuring carolers, hot chocolate, Santa Claus and a parade anyone can be part of.

People can fill out a parade application ahead of time or simply show up to 7th Street at 5:45 p.m. Friday, said Billie Kaye Gavin-Tygart, board member of the nonprofit Crescent City Downtown Divas.

The annual Christmas Light Parade is held in conjunction with the monthly Live From Downtown: It’s First Friday! event. In addition food vendors, including wine and spirits, the event will feature carolers, a special Christmas tree lighting and, following the parade, Santa will set up shop at the Tsunami Plaza, Gavin-Tygart said. The parade will be held rain or shine, and most businesses will be open late, she said.

According to Gavin-Tygart, the Downtown Divas has hosted the parade for about four years, merging it into their monthly Live From Downtown event, which starts at 5 p.m. The parade starts at 6:30 p.m., she said.

This year, Gavin-Tygart said she and the other Divas hoped to celebrate the Del Norte High School football team’s victory over Encinal in the NCS Division-5 game. But, she said, they’ll be at another game — playing King’s Academy in Sunnyvale — at 7:30 p.m. Friday.

“We’re bummed it’s a conflict, but they’ll be in our hearts,” she said. “We might try to do something in honor of them.”

The lineup will begin at 5:45 p.m. on 7th Street and wraps around G Street in Downtown Crescent City. For more information, click here.