Landslide South of Port Orford Shuts 101 Down; ODOT Says Closure Will Be Long 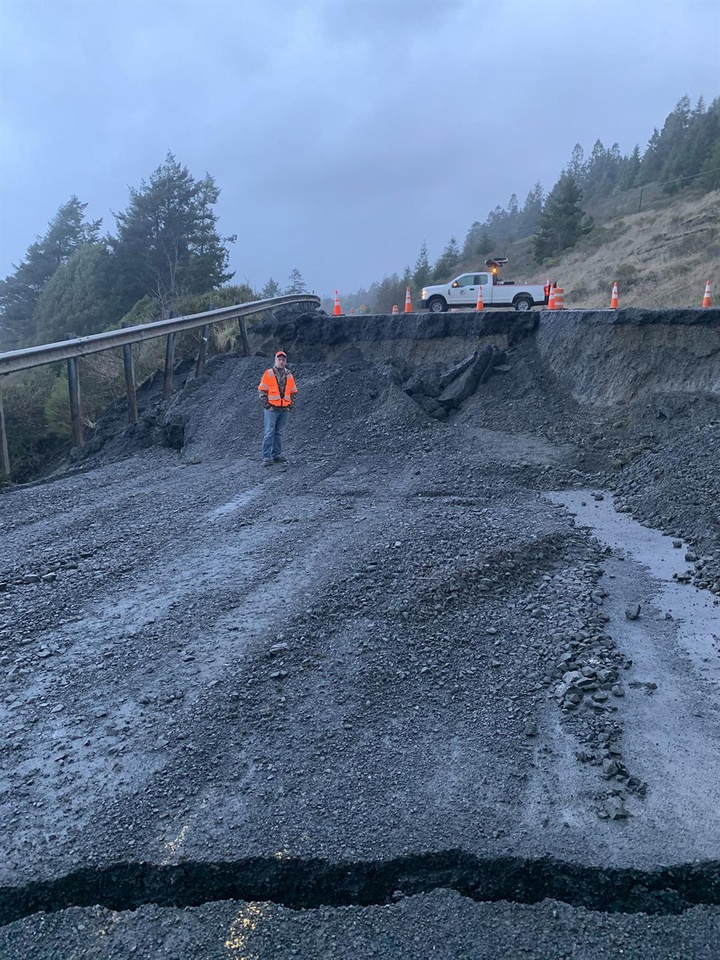 An active landslide beneath the highway prompted Oregon Department of Transportation officials to close 101 south of Port Orford. | Courtesy of ODOT

An active landslide beneath the road forced Oregon transportation officials to shut down U.S. 101 about 12 miles south of Port Orford on Monday.

The Oregon Department of Transportation warned that the closure could be a long one, according to a post on TripCheck.com.

The incident prompted the Curry County Board of Commissioners to declare a local emergency and activate their emergency operations center. Pointing out that motorists couldn’t go north or south, Commissioner Brad Alcorn told his colleagues that they’re concerned about patients needing medical care getting to the hospital as well as potential supply chain issues.

“We are trying to be as proactive and prepared as we can to manage this potential emergency,” said Alcorn, who is liaison to county Emergency Management Director Monica Ward. “Monica is in a call right now with other emergency management folks and is coordinating and planning how we’re going to proceed.”

Alcorn said at about 12:15 p.m. Monday that he had seen a picture of the highway about 20 minutes earlier and the road had “sunk even further,” estimating at more than 8-10 feet.

“It’s active and it’s moving,” he said. “ODOT had a geologist out there, but it’s an active situation that’s very unpredictable.”

According to Alcorn, Cal-Ore Lifeflight has air support needed to move critical patients from the northern part of the county to medical services. As for law enforcement, Oregon State Police will help as will the Port Orford Police Department, Alcorn said.