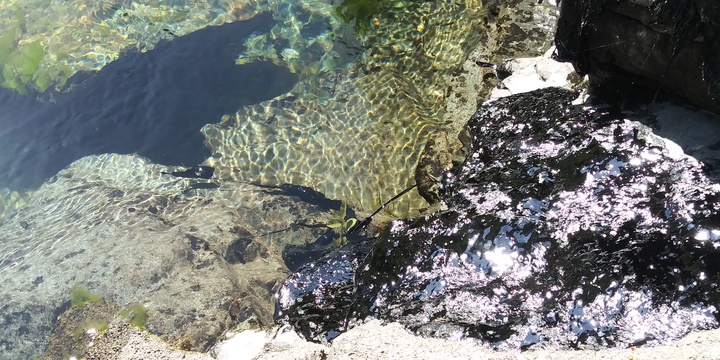 Gobs of oily tar continue to slip past containment booms and drain into the Smith River, nearly a month after an overturned trailer spilled 2,000 gallons of the hot asphalt binder onto U.S. 199 between Hiouchi and Gasquet.

Spokesperson Eric Laughlin with the California Department of Fish and Wildlife’s Office of Spill Prevention and Response confirmed with the Outpost that the toxic goop is actively leaking into the Smith River, and that the agency received new reports of the material traveling downstream on Friday.

“It looks like the cleanup is going to resume this week in areas where the spill happened, but that’s not going to be the extent of the cleanup,” Laughlin said. “We’re committed to a comprehensive cleanup effort.” 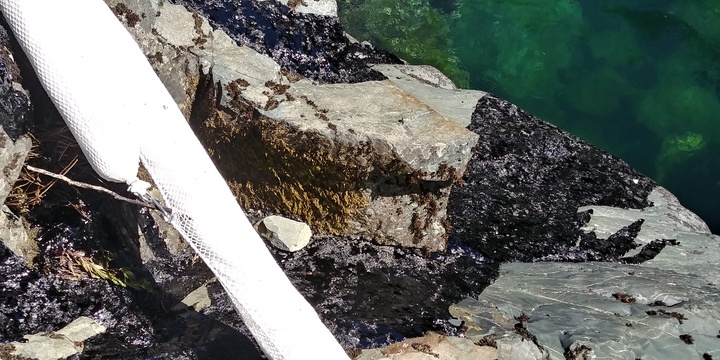 A key problem in the cleanup process has been the consistency of the tar, which fluctuates with the day’s changing temperatures. Laughlin said that this presents an atypical cleanup job for contractors, who will have to find another way to trap the fickle substance.

“It's definitely nor your typical petroleum cleanup,” Laughlin said. “In the afternoon, the product gets a little warmer and softer, so there’s different methods used to clean it up. The contractor will come up with a plan to remove it. It's different from a typical oil spill, where the petroleum floats on the water and the boom contains the product.”

“[The tar] is actively flowing down the steep slope [and] into the river in the midday sun,” Smith River Alliance stated yesterday. “While the flow is very slow, it continues to drip material into the river. Asphalt tar pieces are seen on the bottom of the river and on beaches downstream for miles.” 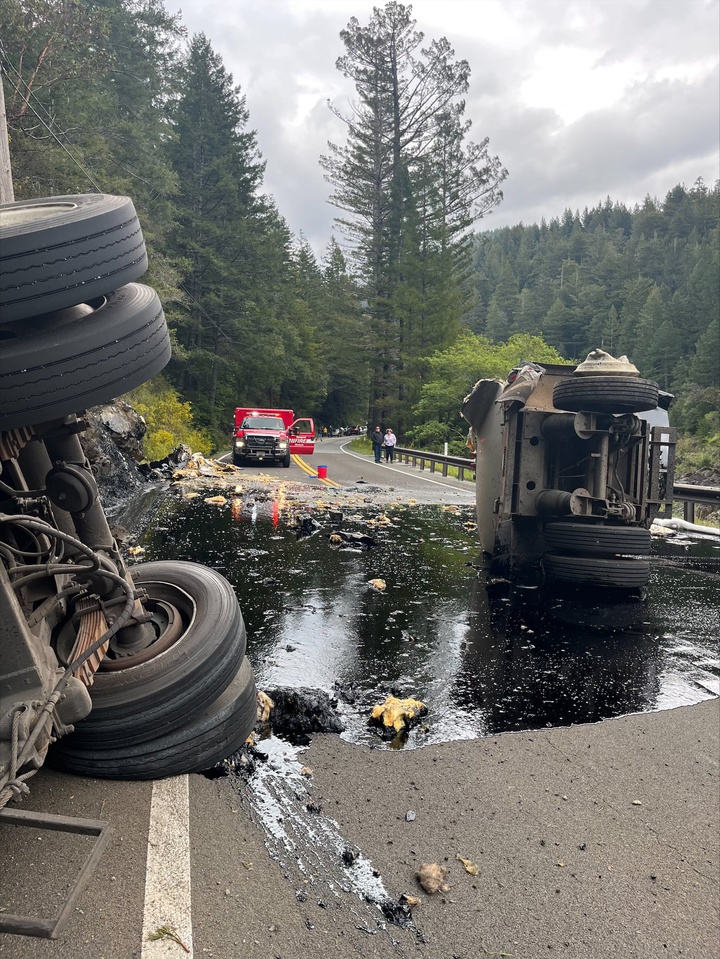 Roughly 2,000 gallons of tar spilled onto U.S. 199 and into the Smith River after a semi collided with a power pole. | Photo courtesy of the Six Rivers National Forest.

Laughlin said that the cleanup costs will be paid for by the insurance company that was covering the driver at the time of the crash. The driver, 58-year-old Klamath Falls man Raoul H.D. Payette Jr. was arrested by the California Highway Patrol on suspicion of DUI and hit-and-run following the crash. 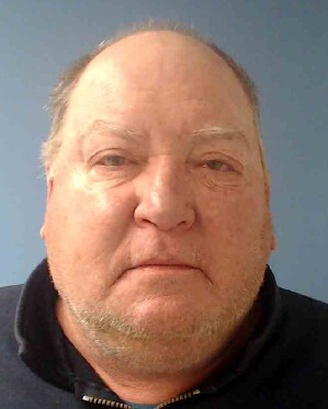 California Highway Patrol Officer Officer Brandy Gonzalez told the Outpost that on April 28, Payette was traveling southbound in a 2001 Freightliner with a damaged tire when his rear trailer struck a power pole, sending power lines into the roadway at about 10:43 a.m. Payette’s trailer then continued south, where his semi detached and overturned, spilling the asphalt material onto the highway.

Payette is scheduled to be arraigned at the Del Norte Superior Court on June 3.

The California State Parks Service and the Del Norte County Environmental Health Division are also actively involved in the cleanup process. With the multitude of agencies and organizations involved in the cleanup, the CDFW is asking citizens to report any new Smith River tar sightings to the ​state’s Special Operations and Hazardous Materials Section by calling (1800) 852-7550.