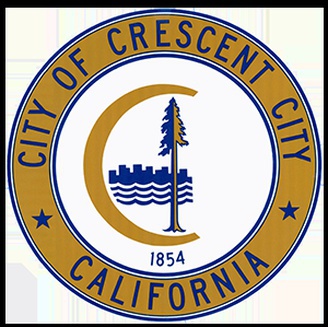 But since it will take time for the city to develop the guidelines, staffing and to determine whether it’s a task it can do in-house, its grant consultant, Lorie Adams, recommended waiting until the 2023 CDBG application process before pursuing funding.

“It is a heavy lift,” she told Crescent City Councilors on Monday. “It’s just a matter of making sure you have everything in place, that your guidelines are solid, you have your housing committee and everyone is educated. Everyone is ready to hit the ground running.”

Four members of the Crescent City Council on Monday authorized staff to prepare an application for $750,000 in CDBG dollars to continue its micro-enterprise loan program, which benefits small businesses with five or fewer employees including the owner.
Councilors also authorized staff to apply for a $250,000 planning and technical assistance grant for the storm drain master plan. Mayor Pro Tem Isaiah Wright was absent.

Under the state’s 2022 Notice of Funding Availability, Crescent City can submit up to three grant applications totaling $1.5 million under the criteria of housing, public services, technical assistance and economic development, according to Adams.

In addition to the micro-enterprise loan program, other CDBG-funded programs in Crescent City include the North Coast Rape Crisis team, the Community Food Council’s Pacific Pantry and Mobile Pantry and the city’s business assistance loan program.

According to Bridget Lacey, Crescent City’s grant coordinator, most of those programs are operating under open 2020 CDBG grants. Since 50 percent of those grants have not been spent yet, the city can’t seek additional CDBG dollars for those programs, she said.
The city has until June 20 to submit its application.

It was Crescent City Councilor Blake Inscore who brought up the idea of obtaining CDBG dollars for a housing rehabilitation program. He acknowledged that creating one would be a heavy lift for staff, but argued there are “plenty of seniors” who could take advantage of such a program.

“I know when the senior center has done things like that countywide, we’ve gotten some pretty good responses from people who we’ve made some positive impacts on,” he said. “The other piece is the city has tried to be very proactive, for as long as I’ve been a Council member, to address code enforcement issues as opposed to just coming in with the red tape, coming in with the hammer basically.”

Noting that the city can apply for up to $1.5 million in 2022 CDBG dollars, Inscore pointed out that after asking for $750,000 for the micro-enterprise loan program and $500,000 for the storm drain master plan, it could pursue the remaining $500,000 for a home rehab program.

“This housing rehabilitation program could actually impact specific individuals and make material difference (for) the people that live in our city,” he said.

According to Adams, housing rehabilitation programs are popular, but take a lot of resources to implement. Some communities focus primarily on weatherizing their residents’ homes while others focus on their senior population, modifying their houses to help with any mobility issues that resident may have, she said.

“The program is provided to the individuals through equity loans and some grants, and that is all designed as part of your guidelines and how you want to provide that,” she told the City Council. “Then they go through a process of working with staff to ensure they’re income eligible and that the property is eligible — there are some title issues that can cause a property not to be eligible. Then they go through the process of obtaining the loan from the city.”

According to Adams, the city sets the terms, including whether or not interest is charged as a part of the loan and whether the homeowner can defer payments. The agency also helps residents contact a contractor, she said.

To receive CDBG dollars for a home rehabilitation assistance program, the city would have to determine if it can manage that program itself or if it should contract with an outside consultant or a nonprofit organization, Adams said.

She said that her firm, the Adams Ashby Group, has worked with communities in the past to create housing rehabilitation assistance programs, including helping them develop guidelines and finding staffing.

“It’s taken about $50,000 total to get everything lined up, and that’s including my time and the staff time of the city in order to get those documents in place (and) to get the training in place,” Adams told Councilors. “We no longer implement the programs — it’s too expensive for a consultant to implement these programs on behalf of communities. A hybrid is much better, or finding a nonprofit organization that you can partner with. Then we come in and assist with the training and making sure they’re implementing (the program) appropriately.”

Adams also pointed out that the rehab projects can be large — a bathroom or kitchen remodel — requiring the resident to move out of the home for several weeks during construction. The agency often finds itself having to ensure no short cuts or side steps are being taken during the rehabilitation project, she said.

Adams pointed out that Crescent City once had a robust housing rehabilitation assistance program.

Crescent City Manager Eric Wier said the program occurred early in his career with the city, which is still managing a handful of those loans that they are dealing with on an annual basis. He argued that to be successful, the city would have to contract with the “right sub recipient.”

“To really run a successful program, it almost really sounds like you need to be there for that person and really hold their hand step by step,” he said. “It’s not like we can be the city and just give them the funds directly and it’ll just run smoothly most of the time.”

According to Lacey, when loan repayments come with terms that are 30 years or through the life of the property, the city can’t just take the homeowners house. There is an option in the CDBG grant for housing rehabilitation programs where there’s an end date, she said.

That end date would come in the form of a forgivable loan of seven to 10 years typically, according to Adams.

“What they will do is create a program where (the loan) is forgivable at 1/7th or 1/10th every year that the person remains in the unit,” she said. “If they stay through the seven or 10 years, then the funds are granted and it eliminates any payback requirements. If the person sells their home prior to meeting that obligation, it will require a payback of the funds.”

Inscore said that while asking the city to submit a grant application for a housing rehabilitation assistance program by June 20 would be a big ask, he wanted to explore a limited scope project so “we’re not talking about 30 year loans.” He said he liked the idea of forgivable loans based on a “very specific criteria.”