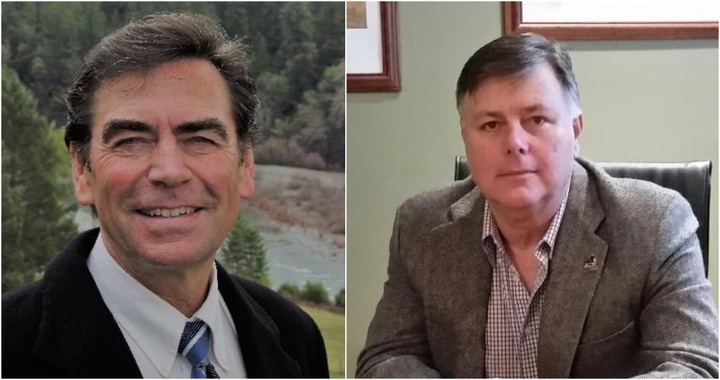 The battle between Curry County Commissioners Chris Paasch and Court Boice is ongoing today, after Paasch threatened to sue Boice — and possibly the County — at yesterday’s board meeting in response to an accusatory email that Boice sent on Feb. 6.

In an email to the Outpost, Boice issued an official response to Paasch’s threats, calling his conduct unprofessional.

“I was surprised by the blindside from Mr. Paasch at our board meeting yesterday, as, especially for the past couple of years, I have attempted to work congenially with him,” Boice said. “It appears that Paasch has no interest in keeping things professional. My misgivings concerning the Paasch record are many, and as time allows, I will attempt to address those.”

Paasch, meanwhile, sent the Outpost a copy of the accusatory email in question after initially declining to do so yesterday. The document shows Boice criticizing Curry County Treasurer David Barnes, as well as fellow Commissioners Paasch and John Herzog in a response email to Curry County Housing Committee Chair Connie Hunter.

The email that has potentially sparked a lawsuit between Curry County's Board of Commissioners. | Paasch

“Hi Connie, Barnes is fully running Curry County through Commissioner Her[z]og, who is simply weak during a time when we desperately need courageous leadership, and Commissioner Passch, who is both corrupt and doesn't care,” the email reads. “Sorry, but it's the truth. Neither ever even slightly challenge Barnes on anything!”

It’s unclear if Boice intended to send a “reply-all” email to everyone included in the initial conversation, or, if he meant to respond to Hunter privately. However, Herzog and Paasch both received the email.

“The comments speak for themselves,” Paasch said today about the email. “As you can see, he even bashes Commissioner Herzog. Boice’s patterns are well documented by several employees. What I said in the meeting yesterday was long coming and hopefully will end. The voters of Curry County need to know the man they don’t see in private meetings and the way he treats employees.”

Boice said that he plans to provide a complete response to Paasch’s statements at the sceduled March 16 board meeting.

Read Boice’s full statement issued to the Outpost below:

I was surprised by the blindside from Mr. Paasch at our CCC Board Meeting yesterday as, especially for the past couple of years, I have attempted to work congenially with him.

It appears that Paasch has no interest in keeping things professional. My misgivings concerning the Paasch record are many, and as time allows, I will attempt to address those.

I will have a public response to his comments at our March 16, 2022 meeting. I can say, and my 5-year record clearly shows, that I will not be intimidated by his threats of yet more County lawsuits.

Mr. Paasch and-or his allies have been party to nine unsuccessful attempts to sue, censor, investigate or otherwise discipline me in attempts to destroy my character and conform to their brand of conduct. Those obsessions have been costly to Curry County and our Citizens.

I will continue bringing the truth and facts to light in order to counter their unproductive and harmful efforts while at the same time not being distracted from my Public Official responsibilities and promises kept to the people I work for.