Despite Increases in Tax Revenue, Including An Extra $700,000 in Measure S Dollars, Crescent City Struggles With Staffing 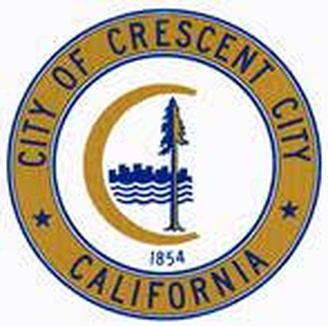 Though tax revenues, particularly for Measure S, have come in higher than projected, struggles with staff turnover and recruitment prompted the Crescent City Council to reduce the city’s budget for wages and benefits for the first half of the 2021-22 fiscal year.

Acting on the advice of Finance Director Linda Leaver, Councilors on Monday also approved a one-time $143,000 payment from the city’s general fund to its water fund.  According to Leaver, this makes the water fund whole following a loan it made to the Crescent City Redevelopment Agency for a project in about 2008.

“City staff argued this for quite some time because we strongly disagree that it should be this way,” she told Councilors. “We did consult with our city attorney and outside legal counsel and with a successor agency expert and we were told, ‘We hear you. We understand your reasoning, but this has already been litigated. Other agencies have taken this to court, so you pretty much don’t have a choice.’”

Leaver recommended repaying the water fund out of the general fund to “make the water rate payers whole” — something Councilors agreed with.

“Making the water fund whole is a long process,” Councilor Blake Inscore said. “For us to put $143,000 back into the water fund, we’re putting that to serve our ratepayers and it’s the right thing to do.”

On Monday, Leaver said due to an increase in sales tax revenue locally, she was recommending an increased projection of $175,000 in revenue.

Separating the proceeds from Measure S, the city’s 1 cent sales tax increase voters approved in 2020, Leaver said the city saw a larger increase of about $700,000. Staff had initially expected Measure S to generate about $1.3 million in revenue. On Monday, however, Leaver said that revenue was closer to $2 million.

“That budget of $1.3 million was based on an analysis done before COVID when we were starting to talk about going to the voters with this,” she said. “Now we’ve had, obviously, a few years since then and our results are coming in better than projected. They’re coming in much closer to what our regular sales tax (is).”

Another major source of revenue to the city’s general fund, transiency occupancy tax, is also coming in $400,000 higher than projected, according to Leaver. This is more than $360,000 than where the city would “normally have been at this point in the year,” she said, adding that the total TOT revenue to the general fund is $1.8 million.

To meet the Council’s stated policy of looking at the city’s budgeted expenses and tucking 25 percent of that away into the general fund, Leaver said the Council would need to set $2 million aside.

“If this budget amendment is approved, and if everything for the next four months comes in exactly as budgeted, which it never does, but if it did, we would end up with $4 million in the general fund,” she said. “Out of that $4 million, $2.1 million needs to be set aside to meet that policy. There’s another just over $1 million related to Measure S, so that is also set aside because those monies need to be spent on activities specifically for Measure S. If this budget amendment is approved and if everything happens exactly as budgeted for the rest of the year, $847,000 is what would be left at the end of the year above what is being set aside for Measure S and the general fund reserve.”

Measure S dollars have been earmarked for Crescent City Fire and Rescue’s transition to a hybrid fire department; to enable the Crescent City Police Department to maintain its staffing levels; repair roads and potholes; and keep the Fred Endert Municipal Pool operational.

To address staffing shortages, Leaver suggested several changes. One was increasing a part-time RV park attendant at the city’s Lighthouse Cove RV Park to a full-time position three days a week. That cost is covered by other vacant positions, but Leaver said if the position is still needed next year, it would cost about $4,650 annually.

Leaver recommended converting part-time lifeguard positions at the Fred Endert Municipal Pool to full-time positions. This is due to an increase in swimming lesson attendance fueled by a Del Norte Healthcare District donation to the city. With full staffing, Leaver projected that it would add $18,500 to the city’s expenditures for the pool.

Leaver also mentioned upcoming projects at Beachfront Park and the need to increase staffing to prepare for them. She recommended changing one seasonal park maintenance position to a full-time position starting this spring. The increased cost will be covered by vacancies this year, she said. In the future, the change would cost about $42,000 annually, Leaver said.

In addition to agreeing to pay off the loan from the water fund to the Redevelopment Agency from the general fund, Inscore and Mayor Jason Greenough pointed to the increase in transiency occupancy tax as a reason to potentially increase funding to the Crescent City-Del Norte County Chamber of Commerce and Visitors Bureau.

Inscore, who sits on the Visitor Bureau’s Board of Directors, said its strategy was to continue to market the area through the pandemic. He noted that the city contributes $72,000 to the chamber and visitors bureau and proposed increasing that by 1 percent of the additional $400,000 the city received in TOT.

“The numbers don’t lie,” Inscore said. “This is going to be the highest collected TOT in the history of Crescent City.”

Though he acknowledged that marketing played a role in Crescent City’s higher TOT, Greenough said COVID also had a part.

“People wanted to leave where they were at and go to wide open spaces and enjoy themselves,” he told Inscore. “But you’re right, they wouldn’t know where to go unless they saw it in an advertisement.”

The City Council will hold a budget workshop next week that will include the Measure S Oversight Committee. Leaver said they’ll discuss the revenue the city has received from the tax measure and what the community’s spending priorities for that money will be next year.