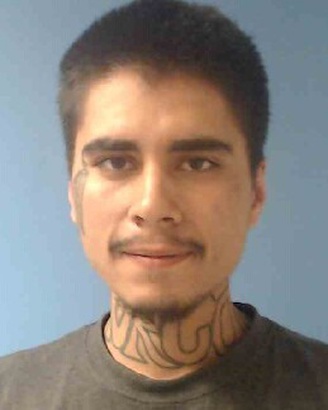 On June 25th at approximately 9:37 AM DNSO dispatch received a 911 call for a fully engulfed structure fire located near the 2400 block of Cushing ave in Crescent City.

DNSO, CCPD, Crescent Fire, Fort Dick Fire, Pelican Bay Fire and the Red Cross responded and determined that the fire was the product of arson.

An investigation was conducted and it was discovered that there had been a dispute between tenants inside the residence.
Deputies located the suspect and arrested Anthony Armstrong, age 23.

All occupants inside the residence were accounted for and no injuries were reported.

Armstrong was transported to the Del Norte County Jail and charged with arson as well as being under the influence of a controlled substance.

Armstrong remains in custody at the Del Norte County Jail.

Message from Sheriff Scott: A very big thank you to all the responding fire personnel that contained the fire and stopped it from spreading to nearby homes.

Excellent work by the DNSO dispatch in coordinating multiple agencies to respond to this incident and great work by DNSO Deputy McClaflin in the investigation and the arrest of Armstrong.
A special thank you to CCPD Sergeant Wilson for the assist in apprehending the suspect.