Eureka's National weather service reports that a tsunami surge is actively occurring along the coast of northern California, and will continue through this afternoon. 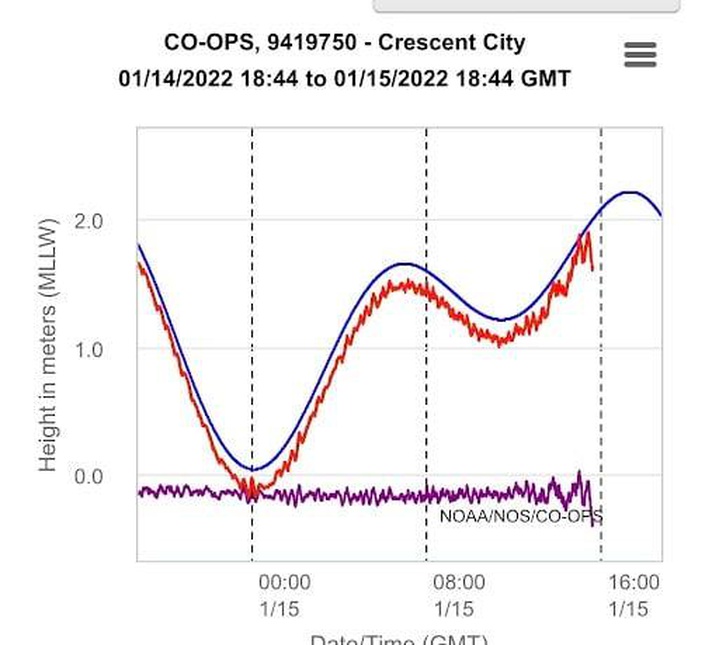 A tsunami surge is occurring along the coast of northern California. | NWS

A tsunami advisory has been issued for Crescent City and parts of the U.S. and Canadian Pacific coasts after an undersea volcano erupted near the island nation of Tonga on Saturday.

This is the moment a giant underwater volcano erupted causing a tsunami to hit the South Pacific country of Tongahttps://t.co/HtNhwqYQlX pic.twitter.com/2s6Zvqda8E

The tsunami generated by the eruption is likely to be minor -- probably no more than a couple feet in size. Still, it's probably a good idea to stay off the beach and out of boats. For the Crescent City area, the waves are expected to arrive around 8 a.m. and could last for hours.

"Tsunami advisories mean that a tsunami capable of producing strong currents or waves dangerous to persons in or very near the water is expected or is already occurring," the National Weather Service stated. "Areas in the advisory should not expect widespread inundation. Tsunamis are a series of waves dangerous many hours after initial arrival time. The first wave may not be the largest." 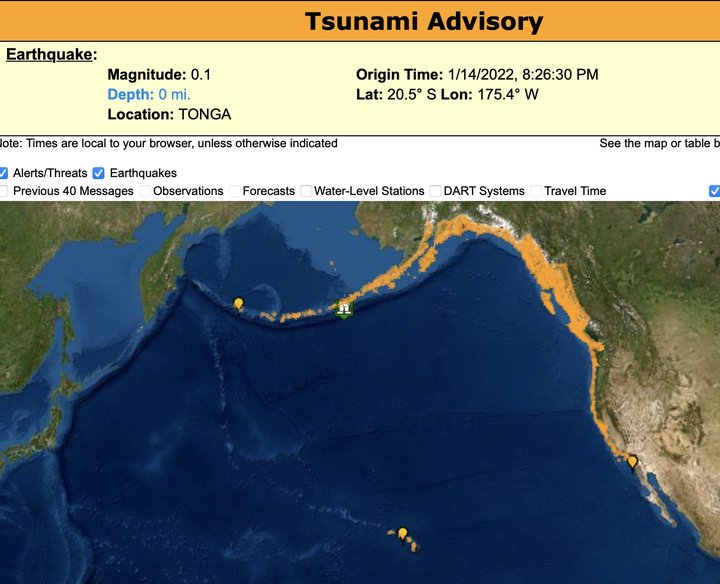 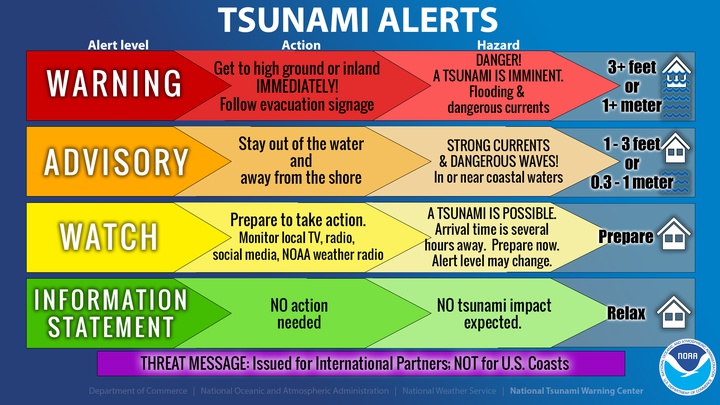 TSUNAMI ADVISORY IN PLACE FOR ALL AREAS OF THE PACIFIC

A tsunami advisory is in place for Hawaii and the West Coast of the Pacific following an explosive eruption of Hunga Tonga volcano in the Tonga Islands area of the Pacific. A tsunami advisory means the likely peak water heights will be less than two feet and is very unlikely to cause inundation. It is a good idea to AVOID BEACH AREAS AND PUT FISHING TRIPS ON HOLD. At this time there is no need for evacuation of areas above high tide levels.

Tsunami flooding has been observed in the Tonga Islands and a modest tsunami observed on Wake Island and in Hawaii.

At this point a modest tsunami is expected to begin arriving along the US West Coast this morning. The National Tsunami Warning Center forecasts the following arrival times for the first tsunami surges on California coasts:

Note these are only the initial times - a tsunami is likely to continue arriving for many hours.

The eruption produced a massive ash cloud 12 miles into the sky and triggered an ash warning to airlines.

We will update as more information becomes available.