Victim in Last Week's Water Rescue Identified; CC Harbor District Calls for Better Signs, Financial Consequences For Those Who 'Get In Trouble'; » 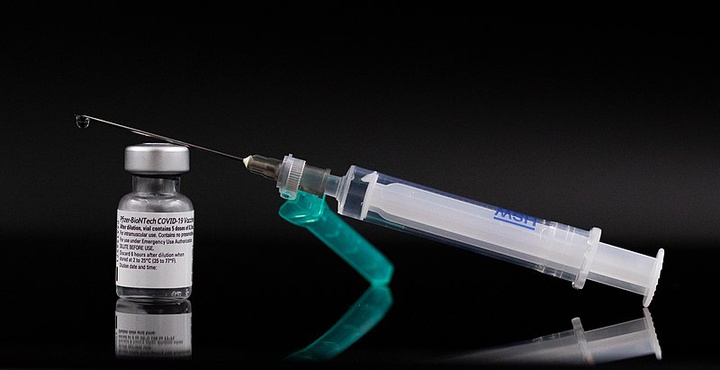 Crescent City’s letter to Gov. Gavin Newsom opposing vaccine mandates drew applause from those who see requirements to get the COVID-19 shot as an assault on their freedom.

But though he felt the letter Mayor Jason Greenough wrote on Monday was well-written, Councilor Ray Altman said he wanted to see something that’s specific to Crescent City.

“Who in the City of Crescent City is mandated to have the vaccine?” Altman asked. Something has to happen to take an action. I haven’t seen anything happen.”

The Council voted 4-1 in favor of Greenough working with Mayor Pro Tem Blake Inscore to revise the letter to acknowledge the California governor’s recent opposition to forcing correctional officers to receive the COVID-19 vaccine. Once it's finished, the City Council will take another look at it before sending it to Newsom, Assemblyman Jim Wood and State Sen. Mike McGuire.

In his letter to Newsom, Greenough stated that he and his colleagues acknowledge that the vaccine is effective at preventing severe COVID symptoms, but were concerned that mandates would make people more hesitant to get the shot because it was being forced upon them.

The letter refers to Newsom’s announcement Friday that all students receiving in-person instruction would have to be fully vaccinated against the novel coronavirus by July 1, 2022, stating that such a mandate infringes upon parental rights.

Greenough’s letter to Newsom states the Council is concerned about people losing their jobs for refusing to get the vaccine and the impact that has on the community.

“With an already nationwide shortage of medical, educational and correctional staff, it seems counterproductive to use coercion to pressure those in such positions to choose between taking the shot or losing their employment,” Greenough wrote. “People in our community have already quit their jobs or retired early because of their apprehension about the vaccines. This only exacerbates issues associated with staffing levels that already exist due to Covid and preexisting shortages.”

Greenough's letter to Newsom comes as Crescent City and Del Norte County is on the waning edge of a surge that at its peak generated as much as 60 new cases per day. On Monday, Del Norte County Public Health Officer Dr. Aaron Stutz said he anticipates lifting his requirement to wear masks in businesses and public spaces at the end of next week.

However, he said he plans to meet with Humboldt County’s health officer to determine a criteria for establishing and withdrawing mask mandates in case of future COVID surges.

Stutz also spoke to Crescent City’s mandatory weekly testing policy, stating that testing becomes less accurate when the prevalence of disease in the community is lower.

“Right now our testing positivity rate is probably below 6 percent,” Stutz told Councilors on Monday. “Once that goes below 3 percent that’ll probably be a good time to do no more screening testing (because) you’re more likely to end up with a false positive.”

On Tuesday, the Del Norte Public Health Branch stated that they identified 12 new cases with an overall total of 37 active cases. Three people were hospitalized as of Tuesday, according to Del Norte County’s COVID Information Hub.

On Monday, Inscore said that while he was unable to weigh in fully on Greenough’s letter, having received it that afternoon, he uncomfortable making the statement that people were losing their jobs because they refused to get the COVID vaccine, saying he didn’t know anyone who faced that situation.

Inscore also pointed out that Newsom’s order that all students be vaccinated to attend in-person schools will be subject to public hearings and more scrutiny before it’s put into practice.

“I just look at this and I’m wondering what we’re accomplishing in this letter and are we accurately representing all of our stances on this,” he said. “And I do question what the end game is. What are we hoping to accomplish in the letter? Usually when we issue opinion statements on behalf of the Council we are very focused on what it is we hope to accomplish. I think that’s also something we need to consider; what our goal is as a Council collectively.”

Inscore also urged Greenough to acknowledge Newsom’s opposition to correctional officers being mandated to receive the vaccine, pointing out that Pelican Bay State Prison is within city limits.

“We represent the residents there as well,” he said, referring to prison inmates. “They live in the city limits. I know we don’t think of them that way, but the impacts of what happens at the prison does matter. It matters for our community and it should matter to us across the board.”

Most members of the public who spoke felt the letter could be sent as-is. Former supervisor Roger Gitlin, who continued to demand the city lift its COVID testing policy, chastised Inscore, saying “you’re never going to find a perfect letter.”

“The vaccine causes lots of problems,” Gitlin said. “I heard 10 percent have very deleterious effects on this. I’m a 74-year-old man. I don’t want to take this and put a chance in myself that I might have some really negative aspects that might hurt my immune system so I can live the rest of my life.”

Tonya Pearcey, a retired registered nurse who sits on the Del Norte Healthcare District Board of Directors, also commended Greenough’s letter. She said she has a good friend whose heart stopped and had developed blood clots as a result of the vaccine.

“She’s 40 years old and has absolutely no risk factors,” Pearcey said. “I have risk factors. I think your letter is very good. I think it’s needed.”

“This is an infringement of parental rights,” she said. “As others have said, stand strong. I hope once this letter is sent, we’ll be done with this issue and there will be no mandates even spoken about.”

According to Stutz, nearly 48 percent of Del Norte County’s population has received the COVID-19 vaccine. He said the Public Health Branch continues to urge people to get the shot if they haven’t yet and is promoting boosters for people who are immunocompromised or who work in a field that puts them at risk for contracting the virus.

In response to a resident who asked about protection from reinfection from the coronavirus, Stutz said having had COVID and getting vaccinated is better.

“Advice from the medical community is to train your immune system to fight against COVID by getting the shot even if you’ve had COVID,” he said.