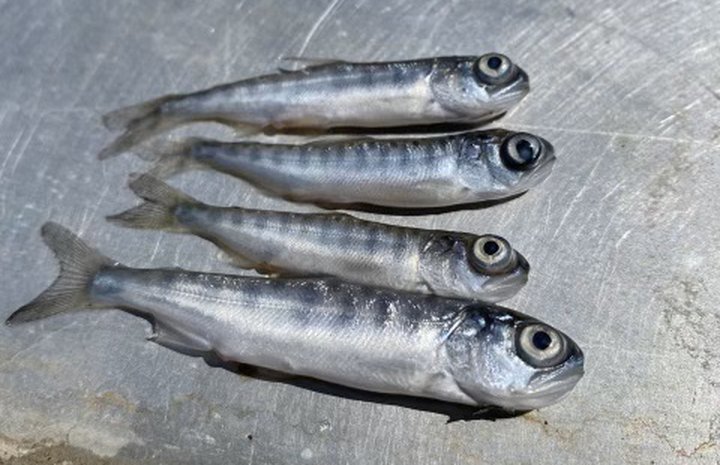 Yesterday, the US Bureau of Reclamation announced it would not release water to prevent a catastrophic juvenile fish kill on the Klamath River. While historic drought is the primary cause of the lack of water, previous BOR water allocation decisions led to the widespread fish kill, which could have been prevented with a flow increase.

“Right now, the Klamath River is full of dead and dying fish on the Yurok Reservation,” said Frankie Myers, the Yurok Tribe’s Vice Chairman. “This disease will kill most of the baby salmon in the Klamath, which will impact fish runs for many years to come. For salmon people, a juvenile fish kill is an absolute worst-case scenario.”

Every year, the Yurok Fisheries Department monitors the Klamath River for the deadly pathogen, Ceratonova shasta. The monitoring crew uses a device called a rotary screw trap to collect live fish for the annual disease assessment. During the last two weeks, more than 70 percent of the juvenile Chinook salmon in the trap were dead, which is extremely abnormal. Available scientific information leads to the conclusion that these fish died from C. shasta. Large numbers of dead fish were also encountered at upriver monitoring sites. On May 4, 2021, the most recent date for which data is available, 97 percent of the juvenile salmon captured between the Shasta River and Scott River stretch of the Klamath were infected with C. Shasta and will be dead within days.

“We are watching a massive fish kill unfold in real-time,” said Yurok Fisheries Department Director Barry McCovey Jr, a Yurok citizen who has studied fish disease on the Klamath for more than two decades. “The juvenile fish kill will limit salmon production for many years to come. It will also negatively impact many other native species, ranging from orcas to osprey, because salmon play such an essential role in the overall ecosystem.”

Since time immemorial, the Yurok lifeway has revolved around the Klamath River salmon runs. This invaluable species is integral to the Tribe’s traditions and ceremonies. Prior to the fisheries collapse, salmon were an important source of sustenance for thousands of Yurok citizens. During the last five years, the Klamath fish runs have been some of the lowest on record and the Yurok Tribe has not been able to harvest enough fish to meet its subsistence or ceremonial needs, let alone implement a commercial catch. This year’s adult salmon forecast is also very low and the Yurok Tribe cancelled its commercial fishery for a fifth time to protect struggling fish stocks. On the Yurok Reservation, where the median income is $11,000, many tribal families rely on the fishery to pay basic bills.

Communities throughout the Klamath Basin are facing serious hardships as a result of the drought. Farm communities and our upstream neighbors the Klamath Tribes are also feeling the pinch this year.  In addition to the hardship brought by low flows on the mainstem Klamath, the fish in the Shasta and Scott Rivers are also facing dire conditions and loss of year class.  In the Scott River, unless groundwater extraction is moderated, it is a virtual certainty that Chinook and Coho salmon will not be able to reach their spawning grounds due to insufficient flows for migration.

“What Klamath Basin communities are facing right now is the definition of a disaster. It is also the new normal. Substantial water shortages are a long-predicted symptom of climate change. There is an urgent need for an equitable federal disaster relief bill that addresses the immediate needs of our communities and establishes a foundation from which to build a more resilient ecology and economy in the Klamath Basin. We owe it to future generations to never let another juvenile fish kill like this happen again. We need to act now before it is too late for the Klamath salmon,” concluded Vice Chairman Frankie Myers.

The Yurok Tribe is the largest Tribe in California with more than 6,300 members. The Tribe’s ancestral territory comprises 7.5 percent of the California coastline, spanning from the Little River to the south and Damnation Creek to the north. The eastern boundary is the Klamath River’s confluence with the Trinity River. The Tribe is a leader in natural resource management, fisheries restoration and cultural protection.