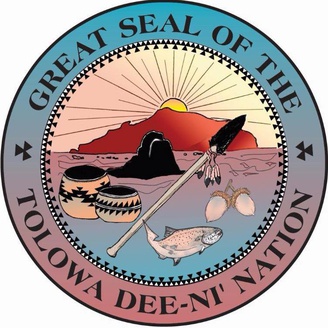 County supervisors gave their blessing to the Tolowa Dee-ni’ Nation’s plans to decommission a lagoon-based sewer treatment system at its Howonquet Village and Resort in Smith River.

Four supervisors on Tuesday agreed to send a letter on the tribe’s behalf to senators Dianne Feinstein and Alex Padilla in the hopes the project will be granted $2.5 million in Congressionally-Directed Spending dollars. District 5 Supervisor Bob Berkowitz was absent.

In addition to decommissioning the “outdated lagoon system,” the Tolowa Dee-ni’ Nation plans to install a lift station to send the property’s sewage to the tribe’s wastewater treatment plant about two miles to the north near the Fuel Mart, Planning Director Tim Hoone said.

The tribe would expand its sewage treatment plant to accommodate the wastewater from Howonquet Village and Resort, Hoone said.

“Residents of the community are 150 lower income families living in mobile homes and some permanent RVs,” he told supervisors. “The North Coast Regional Water Quality Control Board expressed great interest in removing the lagoons. They’re a quarter mile from the Smith River Estuary, they’re unlined — it’s not an environmentally sound way to treat wastewater.”

According to Hoone, the project has been permitted by Del Norte county and the California Coastal Commission. The cost is an estimated $15.5 million. He said the Water Resources Control Board is “committed to finding the funding for the project,” though they also asked the tribe to seek other funding sources.

The lagoon-based sewer system sits on 16 acres of land near U.S. 101, according to Hoone. The $2.5 million would cover engineering costs as well as a 20 percent contingency. Construction itself is an estimated $9 million, Hoone said.

During the project’s planning phase, the tribe considered other options, one of which was to replace the lagoon system with a smaller wastewater plant in the same location, Hoone said. That option, he said, cost about $1 million more than sending Howonquet Village’s wastewater to the tribe’s current plant further north.

Another option if funding for the project wasn’t available would have been to improve the lagoon-based system at Howonquet Village by lining the ponds, Hoone said.

“That might help with some of the environmental concerns,” he said. “But the water board… this is a high priority for them.”

Del Norte County Board Chairman Chris Howard thanked Hoone for coming to them with a request for support for the wastewater project. With changes to the Tolowa Dee-ni’ Nation’s Tribal Council, he said, he hoped to revive “two by two” meetings with tribal representatives.

“My hope is that we can get some dialog and communication going on with projects much earlier with the two by two process and have some introduction with the new Council members,” Howard said.

• Letter of Support to Feinstein and Padilla