Chinook Season Opens on Portions of the Klamath, Trinity Rivers 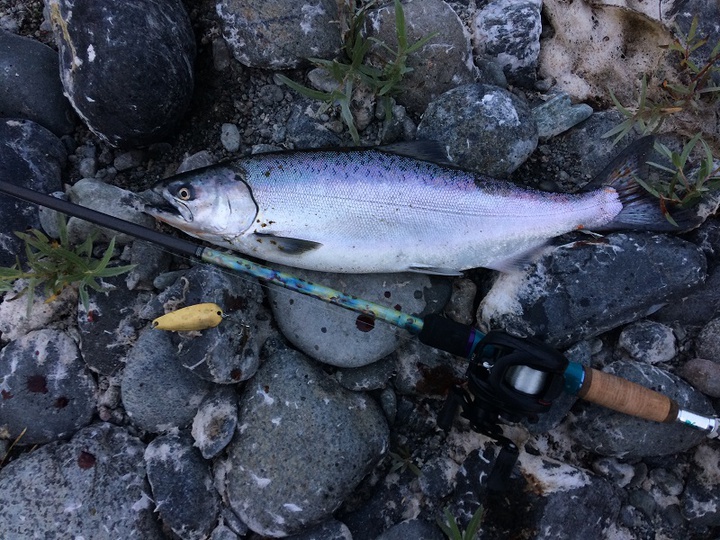 The spring chinook season is open on portions of the Klamath and Trinity rivers. Photo courtesy of CDFW.

The spring chinook salmon fishery opened on the Klamath River downstream of the Highway 96 bridge in Weitchpec on Thursday.

From a California Department of Fish and Wildlife news release:

Fishing regulations for the spring Chinook fishery in the Klamath River Basin remain in effect following the June meeting of the California Fish and Game Commission.

The Commission did vote to list Upper Klamath and Trinity River spring Chinook salmon as threatened under the California Endangered Species Act. Sport fishing regulatory changes implemented during species candidacy remain in effect. Additional regulatory changes were not made at the meeting and may be forthcoming in the future if warranted.

The Fish and Game Commission adopted fall Chinook quota and fishery regulations during its May teleconference meeting. A summary of 2021 regulations are described below.

Fall Chinook regulations on length have changed since 2019, with the adult size now being greater than 23 inches in total length (previously 22 inches). Bag limits will remain the same as 2020, with a two-fish daily bag limit, with no more than one fish over 23 inches (such as one adult and one jack). The possession limit remains the same at six fish, with no more than three fish over 23 inches (effectively three daily bag limits).

CDFW reminds anglers that California is in the midst of a drought, to fish responsibly, and to avoid fishing waters visibly suffering from the drought’s impacts where warm water and low water conditions already may be stressing fish populations.