COVID Cases Surging in California a Month After Reopening » 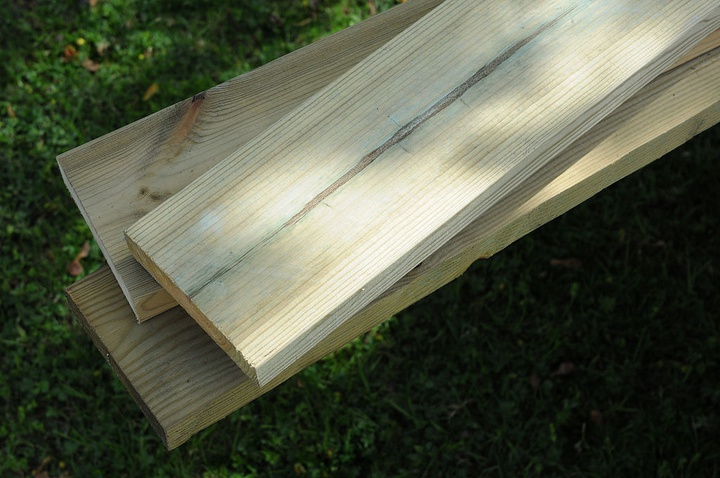 About six months after it asked local builders to hold on to their treated wood waste until the state figured out a mechanism to dispose of it, the Del Norte Solid Waste Management Authority will pursue a variance enabling it to accept the material.

If signed by Governor Gavin Newsom, AB 332 would enact a new system for disposing of treated waste under the state Department of Toxic Substances Control by 2028, Ward said. The new system would expire by 2030. Ward said Newsom is expected to sign the urgency measure in August or September.

“It’s a temporary system, but it’s longer lasting than a variance,” Ward said of AB 332.

Before January 2021, the Del Norte Transfer Station could accept construction loads that consisted of up to 5 percent treated wood waste, Ward said. This includes pressure treated wood and wood treated with creosote. Stained or painted wood does not fall under this category, he said. According to Ward, this material is often used for railroad ties, docks and piers, telephone poles and other construction jobs.

Ward brought the matter to the DNSWMA Board of Commissioners in December, roughly three months after Newsom vetoed State Senate Bill 68, which allowed treated wood to be disposed of in a composite lined landfill. As of Jan. 1, 2021, treated wood waste in California was required to be stored as hazardous waste and transported to a hazardous waste landfill for disposal.

On Tuesday, Ward said, the Del Norte Transfer Station could no longer accept treated wood waste starting Jan. 1, 2021. This, he said, is problematic.

“Construction is relatively booming, so there’s an increasing amount of treated wood,” Ward said. “Contractors are in a bind. They’re required to use it by the Uniform Building Code, but they’re not actually allowed to dispose of it, which makes it difficult for them.”

As a result, Ward said, those who work in construction elect to burn, bury or dump treated wood waste since there’s no where else to dispose of it.

“None of those are good options. None are legal,” he said. “But since there’s no legal option available to them, people are making those choices.”

If the DNSWMA pursued a variance to accept treated wood waste through the Department of Toxic Substances Control, it would have to pay a $1,000 application fee. This would make the Del Norte Solid Waste Management Authority a designated hauler and the Del Norte Transfer Station a designated facility.

However, Del Norte sends its material to Oregon, Ward said. Rogue Valley Disposal has a temporary letter from the Oregon Department of Environmental Quality saying they’re approved to accept treated wood waste from California, he said.

Recology Del Norte also has a variance to be a hauler of treated wood waste, but the DNSWMA has not yet pursued a variance with the California Department of Toxic Substances Control, Ward.

“The reason we haven’t done that is I was waiting to see what system would allow us to do and what we had done before, which was allowed treated wood waste to be part of larger loads and continue to haul it to Oregon,” he said. “That was working for us and we hadn’t seen any problems with it.”

According to Ward, in order to accept treated wood waste by itself, the DNSWMA would have to establish a rate ordinance, roughly a 60 day process.

District 2 Supervisor Valerie Starkey, one of two county representatives on the DNSWMA Board, urged authority staff to pursue a variance to dispose of treated wood waste in addition to advocating for AB 332. She pointed out that though Newsom’s expected to sign AB 332, he may not.

“I understand that if AB 332 is not enacted, then we’re going to have to do something,” Starkey said. “And we don’t want to discourage our builders. I appreciate builders coming forward to me, saying, ‘I don’t want to bury it, burn it or dump it.’ I appreciate their integrity and I want to make sure we have some option for them.”

Crescent City Mayor Jason Greenough, one of two city representatives on the DNSWMA board, pointed to SB 68, saying it had a lot of support and Newsom vetoed it.

“This wood has been piling up somewhere since January and so it’s our repsonsibility as the Solid Waste Management Authority to give people the options, the choice, to get rid of this stuff,” he said. “Otherwise they’re going to get rid of it on their own.”

Although he supported pursuing a variance with the California Department of Toxic Substances Control, Crescent City Mayor Pro Tem Blake Inscore, chairman of the DNSWMA board, said he wanted to make sure the county’s treated wood waste could be taken to Oregon.