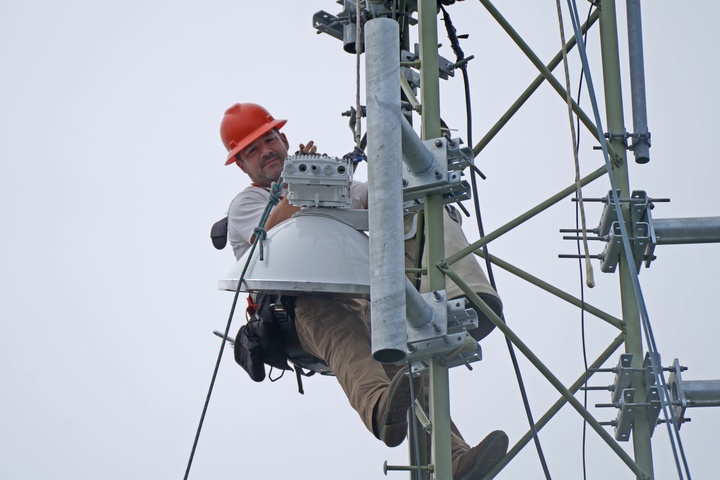 Frontier Communications will invest up to $5 million in a Yurok Tribe-led fiber optic cable project and will pay the tribe $500,000 as part of a settlement agreement associated with the utility's bankruptcy.

Today, the California Public Utilities Commission approved a settlement requiring the Frontier Communications Corporation to invest up to $5 million in a Yurok Tribe-led fiber optic cable project in rural Northern California. The company must also pay the Tribe $500,000 in part to reimburse losses incurred as a result of frequent internet service failures.

The settlement is one of three agreements in a CPUC Transfer Proceeding associated with Frontier’s Chapter 11 bankruptcy. On April 14, 2020, the national telecommunications company filed for bankruptcy in New York to resolve an approximately $17.5 billion debt. As part of its emergence from Chapter 11, Frontier was required to receive CPUC approval. Last December, the Yurok Tribe successfully petitioned to become a party to the CPUC proceeding which allowed the Tribe to file an opening brief and submit evidence.

“We joined this case to protect our people, whose daily lives are impacted by Frontier’s operations. From now on, we expect to receive reliable internet services from the company,” said Joseph L. James, the Chairman of the Yurok Tribe. “We applaud the California Public Utility Commission for hearing our concerns and taking action on this timely issue. Based on the terms of the settlement, it is clear that the Commission understands the significant disparity of service on the Yurok Reservation compared to Frontier’s other customers and the importance of further investment for the benefit of the Yurok Reservation.”

According to the agreement, Frontier will contribute up to $5 million dollars to a Yurok Tribe-led project involving the installation of a fiber optic cable between Orick and Klamath and “fiber to the premises” connections on the Yurok Reservation. The Tribe will own a minimum of 50 percent of the fiber and will receive half of all profits generated from the strategically located line.

In addition to investing in this much-needed infrastructure, the company was ordered to compensate the Tribe $500,000 as reimbursement for lengthy internet outages occurring before and during the COVID-19 crisis. Frontier will also provide critical data to the Tribe, which will inform future broadband projects on tribal lands. Additionally, the collective settlement agreements contain several other conditions that are relevant to the Yurok Tribe and many other tribal nations in the state. The stipulations include:

• Each affected customer on tribal lands will receive a customer credit of $10/day for service outages greater than 24 hours (double the $5 credit on non-tribal lands)
• Tribal liaisons will be hired to coordinate with tribal governments
• Frontier will deploy broadband with speeds higher than 25/3 Mbps to 4,000 locations on tribal lands within its service area.

The fiber line between Klamath and Orick will complement the Klamath River Rural Broadband Initiative (KRRBI) project. Co-managed by the Yurok and Karuk Tribes and currently in the permitting phase, KRRBI will extend a fiber optic line from Orleans to Orick, which will greatly improve internet speeds and coverage on tribal lands. This far-sighted undertaking will further fortify the Yurok Tribe’s Yurok Connect network. Yurok Connect is one of only a few tribally owned internet service providers in Indian Country. The Yurok-owned enterprise currently purchases bandwidth from Frontier and distributes it to reservation homes that would otherwise be unserved. Yurok Connect also serves the Tribe’s headquarters and ancillary tribal government offices as well as several privately owned and tribally owned businesses. However, Frontier’s distribution system has experienced regular interruptions, which has been particularly problematic since the beginning of the COVID-19 crisis. Residing hours from the nearest doctor’s office, Yurok Reservation residents depend on the internet to participate in virtual health appointments, to sign up for vaccination services and much more. The constant disruptions in service during the pandemic were a major factor contributing to the Tribe’s decision to join the CPUC Frontier Transfer Proceeding.

In addition to the KRRBI project, the Yurok Tribe is separately upgrading and expanding its Yurok Connect system. The Yurok Connect Broadband Project will significantly enhance emergency communications on the reservation. In March, tribal leaders and the reservation community celebrated a major milestone in the broadband improvement project. Family homes and tribal elders living in Wautec, the most remote part of the reservation, received first-time internet access following the installation of a new, 150-foot tower. The remainder of the project is expected to be completed later this year.

“Together, these projects will significantly strengthen our communications capacity, our sovereignty and our community. Building our own communications system is representative of how we are reclaiming our ability to determine our own destiny. I am looking forward to the day when we won’t have to solely rely on a large corporation for this essential service,” concluded Chairman James.