District 5 Supervisor Blames Missed Meetings on Health Issues, Says He'll Be Able to Return to a Normal Schedule By August 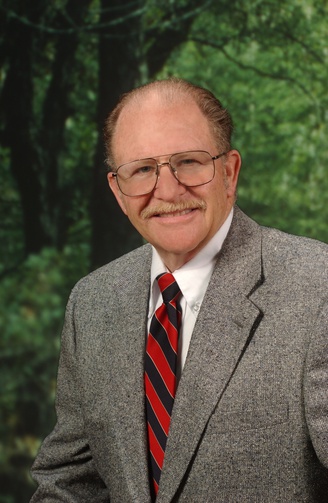 Though his health has kept him from attending four of the six regular Del Norte County Board of Supervisors meetings held since Jan. 1, Bob Berkowitz says he’s still able to “do my constituent work.”

Del Norte County’s District 5 representative declined to go into details about his illness on Friday, but was optimistic that he’d be able to return to his duties as an elected official. Berkowitz said he plans to attend the next Board of Supervisors meeting on April 27 as well as “most meetings coming up.”

“I think this is going to be fairly short term — this illness,” he told the Wild Rivers Outpost. “It looks like hopefully it’ll be over by August and I’ll be able to return to a normal schedule.”

Berkowitz was elected to the District 5 seat, whose representation includes residents in Klamath, in 2016. He was re-elected in March 2020 and will serve his second term through 2024.

Although she said she knew of no specific code in California stating an elected official must step down if they miss a specified number of meetings, County Clerk Recorder Alissia Northrup did mention a provision in state Government Code 1770, which defines vacancy of an elected office.

This provision refers to a quo warranto proceeding, or a challenge, before a judge declaring an incumbent to step down if he or she is declared physically or mentally incapacitated due to illness, disease or accidents and “there is reasonable cause to believe the incumbent will not be able to fulfill the duties of his or her office for the remainder of their term,” Northrup said.

“They would have to prove via the court that this individual was in a condition to where they’re not going to be able to serve the remainder of their term,” she told the Outpost. “It’s the only thing I found even close to having anything to do with an elected supervisor — of removing them.”

Northrup said she assumes it would be the county who would initiate a quo warranto proceeding against a sitting supervisor, though it’s possible a constituent from the official’s district could file. But, she said, she’s never heard of this happening in Del Norte.

As a county supervisor Berkowitz sits on several committees including the Del Norte Senior Center Board of Directors, the Inter-Governmental Relations Committee, the Local Agency Formation Commission and the Last Chance Grade Stakeholders Committee formed on by Congressman Jared Huffman.

The Last Chance Grade Stakeholders Committee meets on an as-needed basis, according to the county’s 2021 appointment list. Berkowitz said he has been able to punt his committee obligations to his colleagues.

“Some of the other supervisors have volunteered to take up the load of meetings that I can’t attend,” he said. “So nothing is being left undone.”

However, some of Berkowitz constituents have noted his absence at regular Board of Supervisors meetings, commenting on it via social media.

Commenting on a recent Outpost article regarding Community-Funded Projects and Last Chance Grade via Facebook, Klamath resident Chrystal Helton noted that Berkowitz had been a long advocate for a fix. She said she’s been trying to find out why Berkowitz has been absent from meetings, but has only determined that he’s ill.

“It would be nice if the Board updated us with what is happening with our District 5 rep,” Helton said.

Despite his illness, Berkowitz said he’s still made himself available to his constituents. He also said if he had concerns about an item on a meeting agenda, he would have brought them up with another supervisor.

Further, Berkowitz said constituents can continue to call and email him if they needed.

“I’m still doing my job,” he said. “They’ve got my telephone number and email…. I’m still doing constituent services and other meetings other than the Board meetings are being covered. Nothing is being left undone.”