Port Orford to Decide On Measure That Would Impose Additional 3 Percent Tax on the Only Cannabis Store in Town; Pot Shop Owner and City Council Candidate Greg Tidey Takes Issue 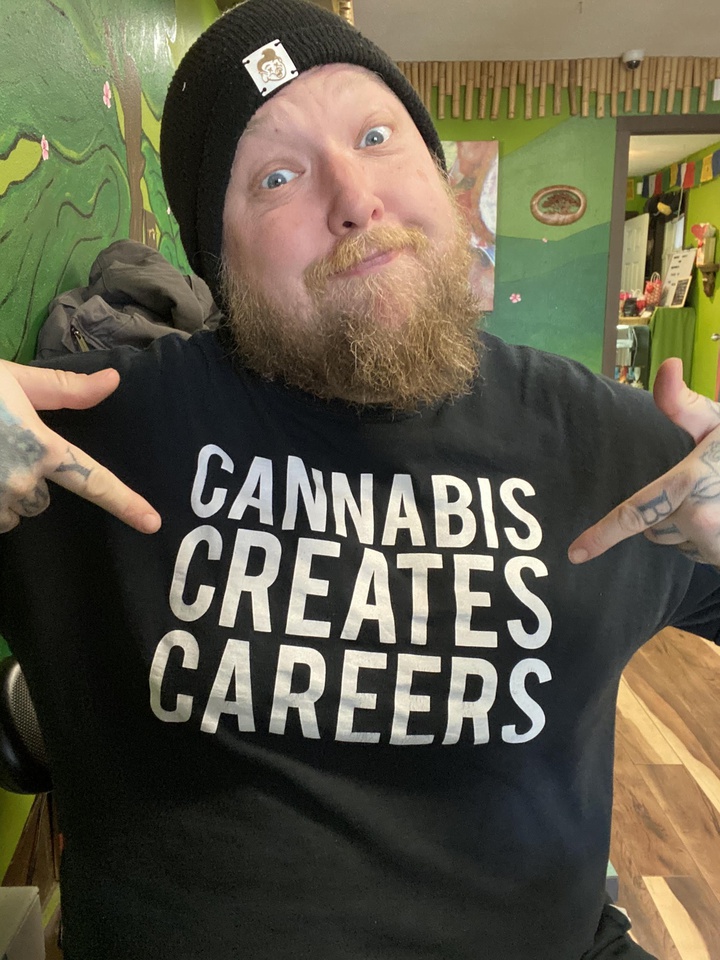 Next month, Port Orford citizens will decide if they want to introduce a new 3 percent tax on all recreational cannabis sold at the city's one and only pot shop.

The tax is the only local measure on any Curry County ballot this election, and would be tacked onto the 17 percent sales tax that’s already paid by cannabis customers throughout the state.

Owner of Buddha's Wellness Center and Port Orford city council candidate Greg Tidey told the Outpost that he stopped supporting Measure 8-101 in July, when the city council decided to earmark the potential revenue for the city’s general fund rather than telling voters how it would be spent.

“My average customer is a 65-year-old woman,” Tidey said. “Adding more tax for no reason other than to tax? I don’t support that at all.”

In total, Tidey said the new tax would likely bring in less than $10,000 a year, which he would support if the funds went toward something productive like schools, parks, infrastructure or ways to promote tourism within the small town of roughly 1,000 people.

“It's not going to be a treasure trove of money rolling in,” he said. “I’m the only [cannabis store] allowed in town because the city put so many mandates on top of the state ones.”

These local regulations require all Port Orford marijuana dispensaries to be situated along Highway 101, 100 feet from any school or park and 1,000 feet from any other cannabis shop. When all that adds up, there’s only room for one dispensary.

Port Orford mayor Tim Pogwizd, who supports giving voters a chance to approve the 3 percent tax, said that the city can always decide to allow more cannabis stores in the future.

“I guess when we worked on the marijuana ordinance, at the time, the council did not want 10 marijuana shops in town, so I guess it worked out for Greg in a way,” Pogwizd told the Outpost. “But anything could change. In the future we may need more.”

This election, Pogwizd, a 12-year city council veteran, will be leaving his position as mayor and running against Tidey and two other candidates for three city council seats.

Tidey, who’s running for city council a third time, said he likes his chances this year, as his past election losses were especially tight races. In 2016, he was 21 votes shy of winning a seat. In 2018, Tidey’s closest competitor edged him out by seven votes.

“The previous mayor was fine, but I think that some people wanted to see the city grow in a different way,” Tidey said. “This time, I think we have a guy on city council going to mayor that [represents] the sort of change we need, a guy who isn't afraid of cracking a few eggs. I think we can get some stuff done.”