On the morning of 5/21/2020, local law enforcement in Del Norte County received an officer safety bulletin from Josephine County Sheriff’s Office to be on the look out (BOLO) for a vehicle related to a homicide that had occurred in Cave Junction, Oregon. According to the BOLO the vehicle was believed to be in possession of the suspect and the suspect was believed to be armed with an assault rifle. 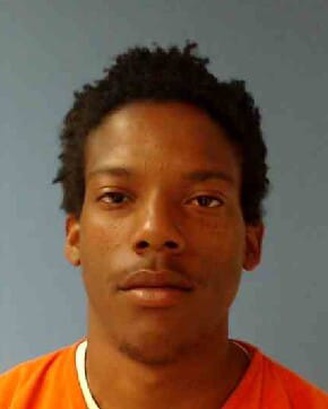 At about 11:30 a.m., a National Park Service Officer observed a vehicle matching the description southbound HWY 101 from HWY 199. The vehicle’s license plate matched that of the BOLO vehicle.

Multiple local law enforcement agencies responded and a high risk traffic stop was initiated. The driver, later identified as Deymon Edwards was detained without incident. At the request of Oregon State Police (OSP) Detectives, Edwards was taken to the Del Norte County Sheriff’s Office interview room to await an interview by OSP Detectives.

OSP Detectives responded and questioned Edwards. Edwards was taken into custody and booked into the Del Norte County Jail on murder charges as well as other charges. Edwards is currently awaiting extradition to Oregon.

On Thursday May 21, 2020 at approximately 10 a.m., Oregon State Police and Josephine County Sheriff's Office responded to the 900 block of Caves Highway for report of a deceased male.

Tandy's vehicle was not at the residence and investigators requested an attempt to locate (ATL) on the vehicle by all law enforcement.

Edwards was lodged in the Del Norte County jail on Murder I, Burglary I, Robbery I, Unlawful Use of a Vehicle and Theft I.

This is an ongoing investigation.