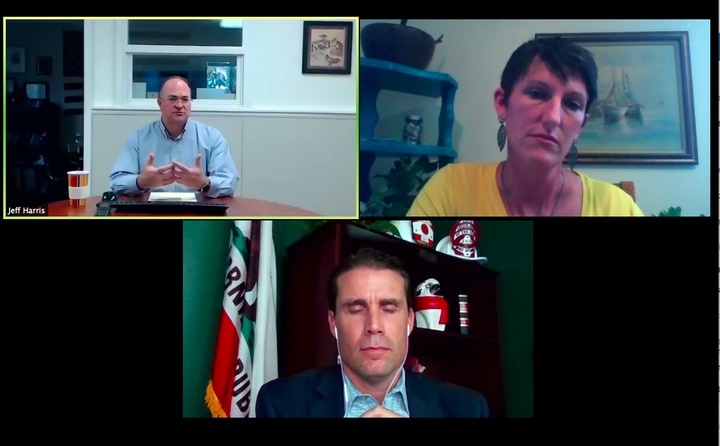 A fourth patient has tested positive for COVID-19 in Del Norte County.

It also comes as local emergency officials prepare to receive a state-sponsored testing site for the novel coronavirus.

“We’ve been advocating for a state testing site for quite some time — about six weeks,” Del Norte Emergency Services Manager Kymmie Scott told the Wild Rivers Outpost on Wednesday. “There’s been low transmission rates here and, obviously, there are other counties — Humboldt County — that had a lot more transmission going on than us. We were finally notified late yesterday that there is going to be a testing site coming to Del Norte County. Beyond that I can’t give any details yet because there are a couple of things we’re trying to work out.”

As for the latest positive COVID-19 case, Scott said Public Health staff are engaged in contact tracing to determine how the patient contracted the virus. Scott said she had no further detail about the age or gender of the patient.

However, according to a report Rehwaldt will submit to the California Department of Public Health as part of Del Norte’s application to relax stay-at-home measures at a quicker pace, the fourth patient is recovering at home.

The Del Norte County Board of Supervisors will discuss this report and whether it should send a letter of support to CDPH Director Dr. Sonia Angell at a special meeting Thursday.

According to McGuire, when the California Department of Public Health began establishing testing sites, the goal was for one to be within 60 minutes driving time for all Californians. However, the state fell short by that goal by about 700,000 residents, McGuire said.

He said he had been working with Assemblyman Jim Wood, County Administrative Officer Jay Sarina, Rehwaldt and the Board of Supervisors to bring a state testing site to Del Norte.

“Testing is so critical,” McGuire said. “We need data and science to be able to reopen our economy and we hear from a lot of folks in Del Norte County that the economy needs to reopen.”

As California makes its way through Stage 2 of the Roadmap to Modify the Stay-at-Home Order, state officials in the last 48 hours gave 10 counties permission to move ahead at quicker pace, McGuire said. He said many rural counties will be able to move through the second phase of the four-phase roadmap at a quicker pace, but officials are still working on Stage 3.

Calling it “a bit more tricky,” Stage 3 addresses movie theaters, entertainment venues and sit-down restaurants and bars, McGuire said. Communities have to be able to show that they have adequate hospital beds, a robust testing regimen and a plan to deal with an outbreak.

In his report to the state, Rehwaldt said the first three cases, the last identified April 25, may have been part of a single cluster, though they were reported over a span of three weeks.

When addressing the availability of temporary housing units to shelter at least 15 percent of county residents that are homeless — one of the state’s requirements for a variance — Rehwaldt’s report mentioned a plan to use hotels to offer shelter.

According to Rehwaldt’s report, the Office of Emergency Services has contracted with one local hotel that has 20 rooms. A second hotel with 49 rooms could be another resource, Rehwaldt said.

“The project is entirely scalable, including catered food service for high volume demand,” the report states. “Our last Point-in-Time measure gave us a homeless estimate of 254, and 15 percent of this is 38.”

“Many workers are Hispanic and live in a small community near Smith River, CA,” the report states. “Access to health care is available, but often challenging for this group….”

During Wednesday’s webinar with the school district, Scott touched on personal protective equipment availability in Del Norte. So far, 19,000 N95 masks, 24,000 procedure masks, 6,000 gowns, 5,300 face shields and more than 85,000 gloves were brought into the county, she said.

There are currently 18 ventilators in Del Norte County, Scott said. She said the Office of Emergency Services has requested an additional 10 from the state’s cache of supplies.

The Del Norte County Board of Supervisors will meet at 10 a.m. Thursday. To participate via Zoom, click here.

• DHHS Board Report and Information